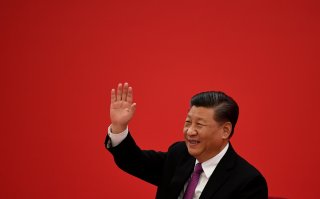 As Cai Xia, a former Chinese communist party insider, warned, Beijing’s unilateral action is “forcing Western countries into a showdown with us” and strongman Xi Jinping “bears a great deal of culpability” for this geopolitical cataclysm. But a deepening sense of triumphalism has taken hold among China’s leadership. And one can’t blame them for nurturing such hubris, even if this could mean catastrophe for China and the world in the long-run. To begin with, the post-Mao leadership in China has consciously developed a political system that could avoid the fate of the Soviet Union.

As Deng Xiaoping reportedly said on his deathbed, his greatest achievement was not economic opening per se, but how he “resisted the temptation to go all the way and open up also the political life to multi-party democracy.” In Beijing’s view, Gorbachev’s political reforms, namely glasnost and perestroika, were responsible for the spectacular collapse of the Soviet empire, hence China’s bloody crackdown on Tiananmen and, over the decades, the development of the world’s most sophisticated surveillance regime that defied even George Orwell’s predictions. So impressed are some experts by China’s strides in new-generation technologies that the Israeli historian Yuval Noah Harrari has postulated the dominance of digital authoritarianism in the twenty-first century in contrast to the decisive victory of the West’s Hayekian spontaneous organization in the preceding century.

Perhaps the resilience of Chinese communists shouldn’t have come as a surprise. As historians such as Perry Anderson have pointed out, systemic dynamism was central to the Chinese communist revolution in ways its Russian counterpart never was. From the Soviets, China also learned the importance of ensuring a strong economic foundation through calibration trade and investment liberalization, which has made the Asian powerhouse the world’s leading manufacturing and trading power. While the Soviets bankrupted their increasingly sclerotic economy through unsustainable defense spending, a brutally mercantilist China leveraged U.S.-led globalization to enrich the foundations of its power while rapidly developing its indigenous military-industrial complex.

Thus, seven decades into power and communist China is overseeing an advanced and relatively prosperous great power in ways the Soviet Union never did. But its adoption of capitalism has also created immense structural vulnerabilities that will be further accentuated by its intensifying Cold War with America. Additionally, the ongoing pandemic has only hardened anti-China sentiments across the world. Nonetheless, in retrospect, one could argue the Soviet challenge to the liberal international order was simply a dress rehearsal for what awaited the so-called “free world” in the twenty-first century: a resurgent China and the most powerful and sophisticated authoritarian empire in human history.

Richard Javad Heydarian is a Manila-based academic and author of the forthcoming book, China’s New Empire: How the World is Resisting 21st-century Chinese Hegemony.