Xi Struggles to Reform China's Politics—and Its Economy, Too 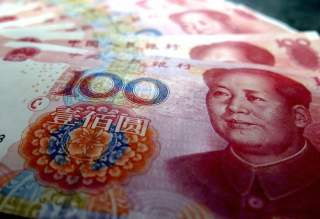 Since the 2008 financial bust, all of the nations of Asia have been adjusting to a sharp drop in trade and economic activity with the Western market economies. The subsequent drop in demand and prices for oil, gas and other commodities was also a reaction to the global economic slowdown, a troubling trend that has caused central banks around to world to embrace negative interest rates with all of the attendant risks and costs. The slowdown in economic activity around the world may also be behind the rise of populism in many nations.

Now, eight years since the 2008 financial crisis, many developed nations have continued to accumulate piles of new public and private debt. Among them, China is arguably one of the most vulnerable to the accumulation of debt, albeit in the context of a command economy, where funds flows represent political priorities rather than commercial factors. Bank lending in China, for example, doubled in May to almost $150 billion, but these “loans” ought really be seen as allocations of cash rather than true extensions of credit. The Chinese government has traditionally bailed out indebted state companies and the “banks” that allocate liquidity based on direction from Beijing.

Overall, China’s total debt was 168.48 trillion yuan ($25.6 trillion) at the end of last year, equivalent to 249 percent of GDP, according to Li Yang, a senior researcher with the China Academy of Social Sciences, according to the Guardian. Borrowers ranging from local governments to private enterprises could ultimately default, says Li, creating the possibility for a systemic problem for China’s state-controlled banks.

The biggest factor behind mounting worries regarding China’s debt is the slowdown in economic growth, which is now at the lowest level in twenty-five years. Even as China has accelerated bank lending to boost demand, measures of GDP have been falling after decades of government-sponsored investment activity. At the same time, the government of paramount leader Xi Jinping and his trusted lieutenants has led a growing political purge that raises questions as to whether the reforms of the past several decades are now being reversed. Concepts such as collective leadership, for example, have been discarded under Xi.

“[O]nce Xi acceded to top office he was widely expected to pursue political liberalization and market reform,” notes veteran sinologist Andrew J. Nathan, Professor of Political Science at Columbia University, in the New York Review of Books. “Instead he has reinstated many of the most dangerous features of Mao’s rule: personal dictatorship, enforced ideological conformity, and arbitrary persecution.”

Other observers believe that Xi and his allies are in a struggle with vested interests resistant to economic reform. As the economic situation in China slows, the struggle among different factions within the Chinese Communist Party (CCP) is also intensifying. Several observers point to the failure of former Premier Wen Jiabao, in particular, which has led to some urgency in economic reforms, hence the need for Xi to remove party officials with significant economic interests that would resist change.

Another view published in Nikkei Asian Review says that Premier Li Keqiang and other senior government officials view the current state of the Chinese economy positively and want to focus on stabilizing the economy via increased government allocations of “credit” to avoid political instability. Xi, this view holds, opposes further use of debt for economic stimulus and instead wants to push structural reforms that would imply a consolidation of state-run companies and, in some regions, large-scale unemployment.

At the People’s National Congress in 2007, then premier Wen Jiabao warned that “The biggest problem facing China’s economy is that the growth is unstable, unbalanced, uncoordinated and unsustainable.” In that sense, the political purge by Xi does serve a practical purpose by giving China’s leader the practical ability to guide the country’s economic policy. Yet the cost of gaining this power to enact change seems to be very high.

To produce new leadership sufficiently decisive to satisfy Xi and his supporters, China’s leader has sidelined the other members of the Politburo Standing Committee and has taken the chairmanship of the most important seven of the twenty-two “leading small groups” that guide policy in specific areas. Xi established the “Central Leading Group for Comprehensively Deepening Reform,” which of note effectively removes management of the economy from Premier Li Keqiang. And Xi has created a National Security Council to coordinate internal security affairs. Nathan notes that “Xi emulates Mao in exercising power through a tight circle of aides whom he can trust because they have demonstrated their personal loyalty.”

Though only through half of his five-year term as president of China and CCP general secretary, Xi is expected to remain in power indefinitely, following the Maoist model. While the optimistic view is that China will refocus on economic reform after Xi has cleaned house politically, that may not be the case.

“His authoritarian style of leadership at home and belligerent posture abroad are ominous because they make China’s chances of being successful in reforming its own economy—on which the entire world now depends—increasingly unlikely,” writes Orville Schell of the Asia Society in New York.

Part of the difficulty for Xi in managing China’s economy is that the level of corruption among CCP cadres is extreme, thus consolidation of political power truly is a necessary condition for economic change. A key element of the structural reforms promised by Xi is to inject a degree of risk into China’s economy, notes Leland Miller, president of China Beige Book.

“Foreigners need to understand that China is in a constant state of stimulus,” notes Miller, who believes that Xi will eventually use his increase political control to start allowing state owned enterprises to fail and thereby force restructuring that will reduce excess capacity in many industries.

“Everyone thought that the anticorruption campaign would last for six months and then things would return to the status quo,” notes Miller. “Xi has shown that he will go after anybody outside of his inner circle, including former high CCP officials, which has given him the power to make difficult changes. But his attacks on high-level cadres has also injected a level of fear into society that has a negative impact on the economy.”

Miller expects Xi to continue to consolidate his political power and then turn to making significant structural changes to China’s state-dominated economy, but not necessarily changes that will magically produce a Western-style consumer economy. Western observers have for years expected a “rebalancing” of the Chinese economy away from investment led growth to a more Western-style, consumption-based model, but as we’ve noted previously in the National Interest, this may not really be possible.

Moving from a top-down command economy dominated by the CCP to a more decentralized model that allows for independent private business activity directly conflicts with Xi’s need for political control. Indeed, as the level of fear in China has grown in the two-plus years of Xi’s rule, the flow of capital flight to the West has accelerated. An estimated $700 billion flowed out of China last year, much of it flowing into the United States and other nations in the form of direct private investment.

Author and China observer James Rickards believes that the promise of structural reform touted by many Western observers is illusory. “He’s working around the edges, not really accomplishing much of substance,” Rickards tells the National Interest. “Just track monthly capital outflows, including the ‘trade deficit’ with Hong Kong, which is really just capital flight disguised as transfer pricing. That’s a good measure of confidence in the leadership. The outflows have fluctuated recently, but the major trend is those who can are getting their money out as fast as they can. The cronyism is too entrenched and the debt levels are too high. They waited too long to reform.”

Ultimately there is a conflict between the vision of China’s future held by most Western observers and the first priority of Xi—namely, maintaining the political dominance of the CCP with himself at the helm. Prior to Xi’s ascension to power, China’s leaders were reluctant to dismantle state-controlled industries for fear of a political reaction. Now several years into a political consolidation, Xi has established “rule by fear” such that he can make economic changes, but it remains to be seen whether change will actually occur. Meanwhile, China’s economy is increasingly moribund and the currency continues to weaken against the dollar, suggesting that the CCP may eventually return to the tried and true model of an export-led economy. Such a strategy may increase economic and political tensions between China and other industrial nations led by the United States, but it would ensure the political survival of the CCP.