Yemen Is in Chaos (and America Is Making It Worse) 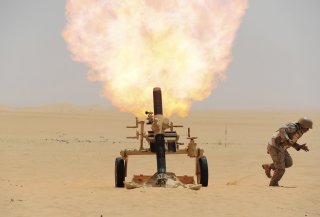 Why The U.S. Policy Towards Yemen Will not Change Anytime Soon

The Trump administration, as well as the Republicans in Congress, will not change their policy towards Yemen anytime soon. On April 18, 2017, Trump signed the “Buy American and Hire American” executive order, urging U.S. companies and the world to prioritize the purchase of U.S. manufactures and hire U.S. nationals. A major achievement of this strategy thus far is Saudi Arabia’s overture to buy advanced, U.S. manufactured military equipment. The president concluded this deal during his visit to Riyadh in May 2017. Not only did this $100 billion deal mark a successful foreign policy accomplishment for Trump, but smaller Gulf countries, such as Qatar and Kuwait, followed through and bought U.S. made fighter jets. With all the drama that his administration is dealing with—his Twitter fights with fellow Republicans, his indecisiveness towards U.S. free trade agreements, his unpredictability and incoherence with regards to the Iran deal, his obsession with special counsel Robert Mueller’s Russia investigation—Trump is in no way ready to fight for a cause that would imperil his multibillion deal with the Saudis. A strong argument can be made that the only way the U.S. government can stop the war in Yemen is to deny the Saudis the purchase of U.S. manufactured weapons. But doing so will mean a setback for Trump’s visibly desperate to score foreign policy wins.

In Congress, a bill to ban the Saudis from purchasing weapons has failed multiple times since the war began in March 2015. Unless the U.S. public decides to flip Congress in the upcoming 2018 midterm election and elect like-minded representatives and senators that are against the war in Yemen—such as Rand Paul, Chris Murphy, Al Franken, and Ro Khanna—Saudi Arabia will keep its license to kill. But to flip Congress in favor of congressmen and women against the war would depend on how much value and coverage the issue is given by the U.S. public and media alike.

Mohamed Mahad D. Darar is an academic based in Colorado, USA. Mr. Darar has a graduate degree in International Relations and Conflict Resolution. His research focuses on the Middle East and East African region​. Follow him on Twitter.

Image: A Saudi soldier fires a mortar towards Houthi movement position, at the Saudi border with Yemen April 21, 2015. REUTERS/Stringer