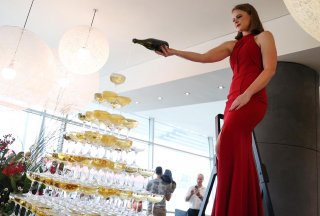 People tend to say that “money can’t buy happiness” and that “it’s better to be poor and healthy than to be rich and sick.” They do this to cast doubt on the role money plays in human happiness or to diminish its impact. The Roman lyric poet and satirist Horace was probably not the first to observe that “worry follows growing wealth” when he wrote his Odes in 23 BCE. Overwhelmingly, it seems that philosophers and intellectuals have always been skeptical about increasing human happiness through money.

And there are apparently a number of scientific studies that seem to confirm their skepticism. Two winners of the Nobel Prize in Economics, Daniel Kahneman and Angus Deaton, concluded that there is a correlation between higher incomes and greater happiness, but only up to a certain limit, namely an annual income of $75,000. According to Kahneman and Deaton, anything above that no longer has a significant impact on happiness because, at that level, people have already got used to being financially comfortable and only make minimal adjustments to their lifestyle with each additional salary increase.

However, a new study published in the American scientific journal PNAS, which is short for the Proceedings of the National Academy of Sciences of the United States of America, has arrived at a completely different conclusion. American researchers led by Matthew Killingsworth found that both, “experienced well-being” and “evaluative well-being” increase with income. The new study is based on an analysis of 1.73 million experience-sampling reports from 33,391 employed U.S. adults, who were contacted randomly via their smartphones. Experienced well-being was measured with the question, “How do you feel right now?” Meanwhile, evaluative well-being was measured with the question, "Overall, how satisfied are you with your life?” Perhaps the most interesting finding of this new study is that the $75,000 limit identified by Kahneman and Deaton does not exist. The association between income and experienced well-being and income and evaluative well-being was virtually identical for incomes below and up to $80,000 and for incomes larger than $80,000.

This new study enjoyed some methodological advantages over older studies. For instance, in older studies, respondents could only answer “yes” or “no” to questions about their happiness, whereas the current study employed a response scale ranging from “very bad” to “very good.” Another major advantage was that contacting people by smartphone allowed the researchers to measure respondents experience at the moment just before they were contacted. In older studies, in contrast, respondents were asked to recall their emotional state at a particular moment in the past. Many of these memories, however, will have become distorted and strongly colored by a respondent’s present emotional state.

To date, there has never been a study that has asked very wealthy individuals about their feelings of happiness. By “very wealthy,” I mean people who are financially free, who have so much money that they no longer have to work but could live comfortably off the returns on their assets. To do so requires net assets in the double-digit million range, making this a very small group indeed. I met many of these people when I conducted in-depth interviews and a detailed psychological test with forty-five very wealthy people for my dissertation, The Wealth Elite. They were all worth at least tens of millions of dollars—and most were worth even more. I didn’t ask how happy they were, but I did ask them about the things they associated with money. Interestingly, when asked whether they associated having money with being able to afford “the finer things in life,” opinions differed widely. For some rich people this was very important, for others it was completely irrelevant. However, almost all of my interviewees rated “freedom and independence” as the aspect they most strongly associate with money.

Financial freedom means: I decide whether I work, what work I do, with whom I work, where I work, how I work and when I work. If money is “coined liberty,” then the question “does money make you happy?” can be rephrased as “does freedom make you happy?” Most people would probably answer this question by saying that “yes” it does. After all, if you didn’t have to work tomorrow because you had enough money and could decide for yourself whether to work or not and what work you most fancied doing, then wouldn’t that make you happier?

Try making a list of all the worries you’ve had over the last three months and then cross off the ones you wouldn’t have had with, say, thirty million euros in the bank. You could immediately cross out any worries about job security, potential rent increases or costly car repairs. Of course, you’d still be left with worries about your health. But we also know from scientific studies that rich people are, on average, healthier and have a significantly higher life expectancy than poorer people. There are other worries, such as heartache. These worries wouldn’t disappear with more money but rich people have significantly better chances and choices when it comes to choosing a partner than poor people.

One of Germany’s greatest literary figures, Johann Wolfgang von Goethe, couldn’t have disagreed more with all the philosophers who try to convince us that money is irrelevant or even detrimental to happiness: Health without money is half a sickness.

Rainer Zitelmann is the author of the books The Wealth Elite and The Rich in Public Opinion.