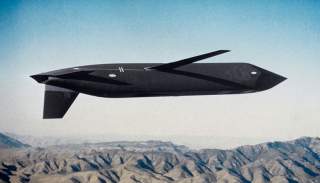 According to the 2010 Nuclear Posture Review and the Nuclear Weapons Employment Strategy from 2013, it is the policy of the United States to reduce the role of nuclear weapons in its national security strategy.  Current plans to develop a new nuclear-armed cruise missile (known by the innocuous acronym LRSO, for long-range standoff weapon) contradict this objective and undercut the essential goal of maintaining strategic stability in a world of increasingly nuclear-armed states.

As recently confirmed by former Secretary of Defense William Perry and former Assistant Secretary of Defense for nuclear, chemical and biological defense programs Andy Weber, nuclear-armed cruise missiles are destabilizing, redundant and would assign missions to nuclear weapons that can be fulfilled with modern conventional weapons the Pentagon is already deploying.  As a result, developing and deploying the nuclear LRSO cruise missile would be the opposite of reducing the role of nuclear weapons in our national security strategy and could lower the threshold of nuclear use during a crisis.

The faith that nations have in the survivability of their nuclear deterrents following a first strike by potential adversaries is a key element of strategic stability.  For states that lack this faith, any crisis or conflict raises the possibility that they must strike first or lose their deterrent forces to a preemptive attack by the enemy.  Aircraft loaded with long-range nuclear cruise missiles that can slip unseen under the radar and conduct surprise attacks are inherently destabilizing.  Because of their stealth, guidance and nuclear payload, cruise missiles can be used against a broad range of nuclear assets including command and control centers, early warning radars, missile silos, submarine and bomber bases and even mobile missile launchers.

U.S. military advocates of the nuclear LRSO cruise missile describe it as an offensive nuclear strike weapon the use of which can be threatened or undertaken in the early phases of a conflict. In a briefing from 2014, Maj. Gen. Garrett Harencak, former Assistant Chief of Staff for Air Force strategic deterrence and nuclear integration, described a “nuclear use” phase before actual nuclear war during which bombers would use nuclear cruise missiles against regional and near-peer adversaries.  This does not sound like reducing the role of nuclear weapons.

Canceling the LRSO cruise missile program would be an appropriate way to demonstrate implementation of the administration’s Nuclear Posture Review, Nuclear Employment Strategy and take a small but significant leading step towards its vision of a world without nuclear weapons.  This step could provide momentum for a global ban on these weapons that would improve strategic stability and the security of all nations.  Currently only Russia and the United States operate such weapons, but China, Pakistan and India are also developing this technology.  Thus if Russia and America could reach such an agreement, others could join without having to give up any operational capabilities, a fact that could make a multilateral agreement more feasible.