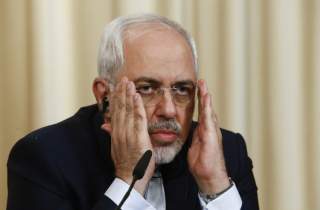 Iran agreed to submit to international inspections of its nuclear research program in exchange for sanctions relief in a 2015 deal, the Joint Comprehensive Plan of Action, with the Obama administration, Russia, China, and the European Union. But in 2017, the Trump administration broke from the accord, demanding a “better deal” and imposing “maximum pressure” on the Iranian economy.

Iran has responded by stockpiling nuclear material and seizing a British oil tanker passing by its waters. In late June, after Iranian forces shot down a U.S. surveillance drone near the Iranian coastline, Trump reportedly came within minutes of launching a military strike on Iran. But the president still insists that he wants to talk to Iran’s leaders.

“The administration's policy is just completely incoherent. They're not going to achieve anything with it,” Slavin told the ​National Interest​. “But it has real consequences, because it puts us on a potentially very dangerous path with Iran that could lead to a military confrontation. We need diplomacy, and we're going in the opposite direction.”