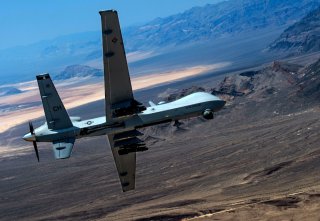 If the United States and Pakistan cooperated on the Zawahiri drone strike, this would mark a further evolution in U.S. drone policy and practice whereby rather than allowing U.S. drones to operate from Pakistan—as in the past—Islamabad instead provides intelligence (when it suits it) to enable drone strikes (or not). It is also notable in this regard that since Zawahiri’s “droning,” subsequent drone strikes against militant targets have also been reported, including against Al Qaeda in Helmand province (within Camp Bastion/Shorabak) and in Kunar province against TTP commanders. The Taliban have condemned drone flights as U.S. “aggression,” and railed against the entry of U.S. drones via Pakistan’s airspace.

What remains uncertain is not only how far the United States is willing to go in exercising its “over the horizon” capacity, but also the details of the conditions to which it is subject (i.e., airspace access, basing, and on-the-ground intelligence, etc.), and the reactions and responses it will result in. What is fairly clear, however, is that drone strikes alone are highly unlikely to stop the growth of terrorist groups such as Al Qaeda or ISIS-K in Afghanistan or coerce the Taliban to sever its ties with Al Qaeda. Therefore, Zawahiri’s death may be far less a breakthrough in disarming these actors than inciting a more complicated and reactive relationship with the Taliban amid a strengthening terrorist threat emanating from Afghanistan. Thus, a careful reconsideration of policy and strategy toward Afghanistan is necessary, including how drones are used and how the “over the horizon” approach can be used to address current and emergent threats.

James M. Page is an Honorary Fellow at the School of Government and International Affairs, Durham University and is currently completing his doctoral thesis about drones at the University of St Andrews. In 2021 he was a Visiting Scholar at the Afghanistan Research and Evaluation Unit (AREU). He served as a UN Political Affairs Officer in Afghanistan from 2009–2015, including as Special Assistant to the Director, Political, UNAMA.