Zoom’s Moral Bargaining with China Has Consequences for America 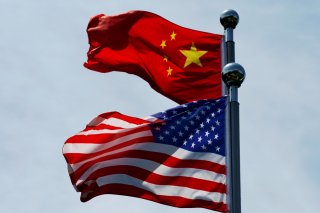 Litigation between the United States and the Chinese corporations Huawei and TikTok made headlines in 2020. Less prominent—but more important for U.S. corporations—is the recent federal arrest warrant issued for a Chinese Zoom employee for shutting down Zoom meetings upon Chinese government orders and harassing the participants and their families. These meetings involved religious discussions and commemorations of the Tiananmen Square massacre by people based in the United States. These actions have tremendous implications for U.S. corporations doing business in China.

On November 18, 2020, a U.S. District Court unsealed an arrest warrant for Xinjiang “Julien” Jin, a Security Technical Leader at Zoom in China.  Jin’s job was to liaise with Chinese national security and law enforcement agencies to ensure that Zoom complies with China’s business regulations. Under Chinese government pressure, Jin and other Zoom employees surveilled and shut down the accounts of Chinese dissidents in the United States who organized commemorations of the Tiananmen Square massacre around June 4, 2020. They allowed Zoom to collect data on participants at the meetings before ending the meetings. They then terminated the organizers’ accounts and transferred participants’ personal information to the Chinese government. They also threatened some participants’ family members in order to pressure the participants to stop organizing the meetings. To cover up their actions at Zoom, Jin and others created fake accounts that made fraudulent reports that the meetings involved pornography and terrorist organizations. Jin and others also restricted accounts of a “Chinese cult” that held meetings with Christian content on a U.S.-based Zoom server.

Jin was charged with leading a conspiracy to surveil and harass individuals in the United States, and to cause them substantial emotional distress using Zoom and related systems. Jin also allegedly led a conspiracy to transfer, possess, and use the personal identification information of others, including email and Zoom accounts, for unlawful activity. The warrant is unlikely to have practical consequences for Jin himself. The United States will be unable to arrest Jin unless he travels from China to a country that has an extradition treaty with the United States. Zoom has launched an internal investigation and is cooperating with U.S. authorities, leaving open the possibility that others will be charged.

The warrant may have a tremendous impact on U.S. corporations seeking to do business in China. As FBI Director Christopher Wray stated when the warrant was unsealed, “Americans should understand that the Chinese Government will not hesitate to exploit companies operating in China to further their international agenda, including repression of free speech.” This and other harsh statements by U.S. law enforcement officials harbinger the Faustian bargain for U.S. corporations that seek to do business in China. The Chinese government requires electronic communications providers like Zoom to surveil users’ discussions, terminate discussions of politically sensitive topics, and to respond immediately when the Chinese government demands that it do so. China also requires electronic communications providers to store data for Chinese users within Chinese national borders. No electronic communications provider—no social media network, no video teleconferencing service—will be immune. And no American who uses these services may be immune from Chinese surveillance.

Previously, U.S. corporations were willing to bow to China’s demands as part of the cost of doing business. The Chinese government placed Zoom under tremendous pressure to comply with their restrictions. Despite Jin’s actions, around September 8, 2019, the Chinese government blocked China-based users from Zoom for two months until Zoom improved compliance with its laws and regulations, including restricting accounts at the government’s request. Zoom was required to submit a “rectification” plan to describe how it would do so. These plans included surveilling communications for content unacceptable to the Chinese government and migrating the data storage of approximately 1 million “Chinese users” from the United States to China, in order to bring them under Chinese law. The definition of “Chinese users” was left unclear, opening the possibility that they could include U.S. persons. Chinese officials frequently visited Zoom’s offices to ensure it complied with their demands, leading up to the censoring of the Tiananmen Square commemorations in June. The consequences of not complying would have effectively ruined Zoom’s business in China at the height of the global pandemic.

Businesses must walk a fine line between complying with Chinese government demands and U.S. Constitutional guarantees. The U.S. government has now signaled that it will not tolerate China’s restrictions on freedom on U.S. soil, even when business interests are at stake. U.S. communications providers may soon face a choice: restrict or halt their business activities in China or face legal consequences in the United States. Users may also balk about having their communications surveilled by the Chinese government. As a free-speech showdown between the United States and China heats up, U.S. communications providers—and everyone who uses them to communicate—may be caught in the crossfire.

Dr. Jill Goldenziel is a Professor of International Law and International Relations at Marine Corps University-Command and Staff College and a Senior Affiliated Scholar in the Fox Leadership International Program and the Partnership for Effective Public Administration and Leadership Ethics at the University of Pennsylvania. She is writing a book on how the politicization of refugee and migration crises harms national security.​