TO WHOM should the next president turn for advice on foreign policy: realists or neoconservatives?

Given the disastrous results that neoconservative policies have produced since 2001, the answer seems obvious. Yet despite their repeated failures, prominent neoconservatives are now advising GOP candidate John McCain, and they remain a ubiquitous presence on op-ed pages and TV talk shows and in journals of opinion (along with their close cousins, the liberal interventionists). By contrast, realists have become an endangered species inside the Beltway and a muted voice in contemporary policy debates.

This situation would make sense if neoconservatives had proven to be reliable guides to foreign policy and if realists had been consistently wrong. But the truth is the opposite: neoconservatism has been a road map to disaster while realism’s policy insights remain impressive. If the next president wants to avoid the blunders of the past eight years, he must understand why neoconservatism failed, steer clear of its dubious counsel and rediscover the virtues of realism. To see why, one need only examine the core principles and track record of each perspective.

AS THE LABEL implies, realists believe foreign policy must deal with the world as it really is, instead of relying on wishful thinking or ideological dogmas. Realism sees the international system as a competitive arena where states have to provide security for themselves. Realists know that states get into trouble if they are too trusting, but that problems also arise when states exaggerate external dangers, misjudge priorities or engage in foolish foreign adventures.

Thus, realists keep a keen eye on the balance of power and oppose squandering blood or treasure on needless military buildups or ideological crusades. They know military force is the ultimate guarantor of security, but they recognize that it is also a blunt instrument whose effects are unpredictable. Realists are therefore skeptical of grandiose plans for global social engineering and believe that force should be used only when vital interests are at stake.

Realists appreciate the power of nationalism and understand that other states usually resist outside interference and defend their own interests vigorously. Thus, realists discount the possibility that adversaries will form a tightly unified monolith and favor undermining opponents through “divide and conquer” strategies. Realists also recognize that successful diplomacy requires give-and-take and that the pursuit of U.S. interests sometimes requires cooperating with regimes whose values we find objectionable. In short, realists know that successful statecraft requires strength, cold-eyed calculation, flexibility and a keen sense of the limits of power.

Yet realists are neither moral relativists nor disinterested in values. Realists are aware that all great powers tend to think that spreading their own values will be good for others, and that this sort of hubris can lead even well-intentioned democracies into morally dubious ventures. Realists do cherish America’s democratic traditions and commitment to individual liberty, but they believe these principles are best exported by the force of America’s example and not by military adventures. They also know that prolonged overseas meddling is likely to trigger a hostile backlash abroad and force us to compromise freedoms at home.

HOW WELL has realism performed? The strategy of containment that won the cold war was the brainchild of realists such as George Kennan. Containment focused first and foremost on preventing Moscow from seizing the key centers of industrial power that lay near its borders, while eschewing attempts to “roll back” Communism with military force. Just as Franklin Roosevelt allied with the murderous Joseph Stalin to defeat Nazi Germany, realism dictated that the United States rely on both democratic and nondemocratic allies in the long struggle against Soviet power. Kennan and other realists also recognized that the supposedly “monolithic” Communist bloc actually contained deep tensions, which the United States exploited through its rapprochement with Maoist China in the 1970s.

During the 1960s, realists like Kennan, Walter Lippmann, Hans Morgenthau and Kenneth Waltz opposed the escalation of U.S. involvement in the Vietnam War. They understood that the war was a foolish diversion of American power and that the fear of falling dominos was exaggerated. This view was confirmed when the United States withdrew and Vietnam fought its fellow Communists in China and Kampuchea. Hanoi then distanced itself from its former allies, embraced free markets and normalized relations with Washington.

Realists also understood that the Soviet Union was a Potemkin colossus and that its backward empire was no match for America’s wealthier and more cohesive alliance network. When neoconservatives sounded false alarms about Soviet dominance in the 1970s, realists like Kenneth Waltz correctly argued that the real question was whether Moscow could possibly keep up. Other realists showed that Soviet conventional-military superiority was a myth, and that a Soviet attack against the West was unlikely to occur and even less likely to succeed.1

Neoconservatives greeted the end of the cold war by proclaiming the “end of history” and imagining a long era of benign hegemony, while realists correctly foresaw that it would simply unleash new forms of security competition. When neoconservatives like Edward Luttwak warned that the United States would suffer thousands of casualties in the 1991 Gulf War, realists like Barry Posen of MIT and John Mearsheimer of the University of Chicago wrote articles correctly predicting America’s easy victory. Realists like Zbigniew Brzezinski and Brent Scowcroft also argued that replacing America’s traditional balance-of-power approach in the Persian Gulf with “dual containment” was a strategic blunder that would make it harder to protect U.S. interests in that vital region, a warning that subsequent events have vindicated.2 Although realists recognized that U.S. primacy could have stabilizing effects on great-power relations, they also warned that overly bellicose policies would encourage anti-Americanism around the globe. The past eight years confirmed these forecasts as well.3

Finally, realists were among the most visible opponents of the misadventure in Iraq, and their warnings were strikingly prescient. Neoconservatives were disappointed that the United States did not topple Saddam in 1991, but George H. W. Bush and his main advisor, Brent Scowcroft, correctly judged that ousting Saddam Hussein would

have forced [the United States] to occupy Baghdad, and in effect rule Iraq. The coalition would have instantly collapsed. . . . There was no viable “exit strategy”. . . . Had we gone the invasion route, the United States could conceivably still be an occupying power in a bitterly hostile land.4

In light of what has happened since 2003, their judgment seems sound.

Realists offered similar—and equally sound—warnings before the second Iraq War began. In late September 2002, thirty-three international-security scholars (about half of them prominent realists) published an antiwar ad in the New York Times. It cautioned: “Even if we win easily, we have no plausible exit strategy. Iraq is a deeply divided society that the United States would have to occupy and police for many years to create a viable state.” Other realists wrote articles before the war explaining why it was both unnecessary and unwise.5 On the most consequential foreign-policy decision of the past eight years, realists had the right analysis and offered the best advice.

WHERE REALISTS see a world of states with both competing and intersecting interests, neoconservatives see a stark clash between virtuous, peace-loving democracies and aggressive, evil dictatorships. They imagine enemy forces to be tightly grouped in hostile movements like “international communism,” the “axis of evil” or “Islamofascism” and routinely portray them as a vast and growing danger, even when these forces are in fact deeply divided and their actual capabilities are but a tiny fraction of America’s economic, military and political strength. Nonetheless, neocons argue that it is imperative for the United States to topple this potpourri of minor-league adversaries and convert them into pro-American democracies.

Neoconservatives extol the virtues of American hegemony and believe that other states will welcome U.S. leadership so long as it is exercised decisively. They attribute opposition to American dominance to deep-seated hostility to U.S. values (rather than anger at specific U.S. policies) and believe that enemies can be cowed by forceful demonstrations of American power. Thus, neoconservatives downplay diplomacy and compromise and routinely charge anyone who endorses it with advocating “appeasement.” To the neocons, every adversary is another Adolf Hitler and it is always 1938.

Steadfast support for Israel is a key tenet of neoconservatism, and prominent neoconservatives openly acknowledge this commitment. Most neocons favor the hawkish policies of the Israeli right, and this affinity shapes much of their thinking regarding the Middle East. Specifically, neocons tend to see U.S. and Israeli interests as identical and are convinced that Arabs and Muslims only understand superior force. As a result, they generally oppose diplomatic efforts to resolve regional problems (such as those proposed by the bipartisan Iraq Study Group) and, like hard-line Israelis, tend to favor solutions based on the mailed fist instead.

In short, neoconservatives see military force as a powerful tool for shaping the world in ways that will benefit America, Israel and other democracies. Thus, neoconservatism offers two starkly contrasting visions for U.S. foreign policy: either the United States grasps the sword and uses it to transform the world in America’s image, or it will gradually succumb to a rising tide of aggressive radical forces. 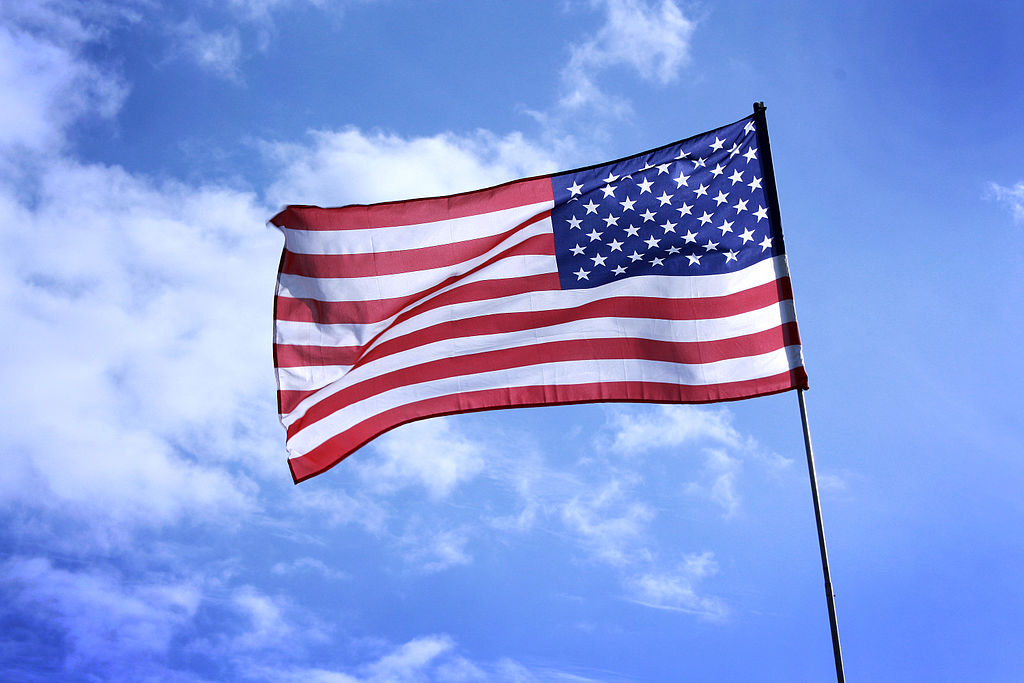