Asia Is in America's DNA ON FEBRUARY 7, 1845, Congressman John D. Cummins rose in the House of Representatives to add his voice to those clamoring for U.S. possession of the Oregon Territory, then occupied jointly by the United States and Britain. He declared that these opulent Northwest lands were “the master key of the commerce of the universe.” Put that territory under U.S. jurisdiction, he argued, and soon the country would witness “an industrious, thriving, American population” and “flourishing towns and embryo cities” facing west upon the Pacific within four thousand miles of vast Asian markets. Contemplate, he added, ribbons of railroad track across America, connecting New York, Boston and Philadelphia to those burgeoning West Coast cities and ports.

Furthermore, he said, the “inevitable eternal laws of trade” would make America the necessary passageway for “the whole eastern commerce of Europe.” European goods, traversing the American continent, could get to Asia in little more than seven weeks, whereas the traditional sea routes generally required seven months. “The commerce of the world would thus be revolutionized,” said Cummins. “Great Britain must lose her commercial supremacy in the Pacific; and the portion of its commerce which forced its destination there must pay tribute to us.”

Cummins’s speech reflected a fundamental reality about America: its quest for expansion and national grandeur was pretty much irrepressible. There were, as always, the naysayers and critics. Henry Clay argued for confining American settlement to lands east of the Rocky Mountains and postponing occupation of Oregon for some forty years. But most Americans recoiled at such a cramped view, and Clay’s similarly blinkered opposition to the annexation of Texas probably cost him the presidency in 1844. If America was a country of vast designs, as Emerson said, then its westward push, known then and now as Manifest Destiny, was never destined to stop at the Pacific.

This history is worth pondering in the aftermath of China’s declaration last November that its so-called air defense identification zone now encompassed most of the East China Sea. U.S. secretary of defense Chuck Hagel promptly called the action “a destabilizing attempt to alter the [region’s] status quo.” And Paul Haenle, director of the Carnegie-Tsinghua Center for Global Policy at Beijing’s Tsinghua University, warned that the move could set China on a collision course with Japan over disputed islands in the area. China’s provocation, he said, renders “the already dangerous area surrounding the islands even more ripe for an inadvertent collision.” Such a collision almost inevitably would draw in America, given its defense treaty with Japan.

It wasn’t surprising that commentators and analysts would see China’s action, and the tensions it could unleash, as a harbinger of growing hostility between China and the United States over which country will dominate East Asia. Many see the situation as a classic confrontation of the kind that ensues when a rising power challenges an established power—as when, for example, Rome challenged Carthage, Britain challenged Spain, America challenged a reduced Spain and Wilhelmine Germany challenged Great Britain for preeminence. As the BBC’s Jonny Dymond put it, “For seven decades the US has been the dominant military power in the region. China has given Washington notice that change is afoot. Peaceful management of that change is one of the great strategic challenges of the 21st Century.”

Dymond has a point. But it doesn’t capture the extent to which America has considered its Pacific dominance to be a national birthright almost from the time it first conceived of itself as a potential transcontinental nation. Cummins’s prophecy, in other words, was widely shared.

CONSIDER AMERICA’S attitude toward Hawaii. Even before California entered the Union in 1848, President John Tyler declared that no foreign power except the United States should control Hawaii—what might be called the Tyler Doctrine. These strategically positioned islands, in effect, belonged to America’s sphere of influence. Presidents James Polk and Zachary Taylor affirmed this doctrine. Then, even as the country struggled with the explosive issue of slavery, President Franklin Pierce’s secretary of state, William Marcy, negotiated an annexation treaty with Hawaii’s King Kamehameha III, which was aborted only by the king’s untimely death.

After the Civil War, American officials renewed their interest in gaining dominance over Hawaii. An 1876 effort to craft a reciprocal trade agreement hit a snag in the U.S. Senate until negotiators inserted a provision that Hawaii could not lease or grant any “port, harbor, or territory” to a third-party nation.

Two decades later America’s interest intensified with some big naval developments—the advent of coal-fueled steam power, armored ships and long-range guns with explosive shells. Hawaii, possessing the only protected harbor in the North Pacific, suddenly became a “Pacific Gibraltar,” as historian William Michael Morgan put it in his book of that title. If the United States could dominate Hawaii, which was the only feasible staging area for an Asian attack on America, it could greatly enhance its security; without it, menacing raids and challenges would be a constant threat. Conversely, with Hawaii, America could project power and influence far into Asia; without it, U.S. power projection would be infinitely more difficult.

Alfred Thayer Mahan’s famous book, The Influence of Sea Power upon History, 1660–1783,laid out the lineaments of America’s embryonic naval strategy. It was largely a historical treatise, but to enhance the book’s sales potential Mahan added a section on the strategic challenges and opportunities of the United States as seen through the prism of sea power. America, he wrote, could produce vast surpluses of goods. It should pursue three goals: moving beyond its traditional focus on domestic markets and protective tariffs by promoting overseas trade; developing a capacity to protect sea lanes and trade routes; and creating a robust navy capable of projecting power into strategic areas of the world.

Few books have captured the American consciousness as powerfully as Mahan’s volume, which was heralded as a blueprint for the country’s future. Theodore Roosevelt proclaimed it “by far the most interesting book on naval history which has been produced on either side of the water for many a long year.” Overseas it was a sensation. Germany’s Kaiser Wilhelm ordered that a copy be conspicuously displayed on every ship in his growing navy.

Mahan’s book, though not precisely a new strategic vision for America, brought coherence and power to strategic impulses and ambitions that had been percolating within the American polity for generations. But the timing was propitious because a few years later, when America found itself at war with Spain over the destabilization of Cuba under Spanish rule, the country was ready to exploit the war and seize strategic territories according to Mahan’s formula. America was succumbing to the imperial temptation.

Of course, opposition voices, including Mark Twain’s, decried the new expansionism and warned of its consequences. Many of these arguments were salient and prescient. But the country wanted empire and Washington ignored the adjurations of the anti-imperialists. A half century later, when it crushed Japan and its sparkling navy, the United States emerged as the unchallenged regional hegemon.

SINCE THEN, Americans have, by and large, credited themselves with handling the responsibilities of their country’s Pacific dominance with moderation and wisdom, serving as a stabilizing influence, and protecting the commercial and geopolitical interests of less powerful nations in a more or less disinterested and fair-minded manner. It’s a valid appraisal when placed in the perspective of history.

But China sees it differently. It views the region’s international system as the baleful creation of an outside force whose legitimacy as an Asian power is questionable and whose presence thwarts its own national self-realization. Thus, we are likely to see further challenges similar to China’s declaration of its air defense identification zone. Indeed, Beijing has signaled that further declarations are coming. Ultimately, it seems, China wants to push America back—back to Hawaii.

For America, the geopolitical stakes in this face-off are big. But the psychological stakes are possibly even bigger. That’s because the country’s position in the Pacific is wrapped up in its national identity, in its destiny concept going back far beyond the mere seven decades of its regional dominance following World War II. It goes back to America’s first stirrings of ambition when Jefferson’s Louisiana Purchase, Tyler’s annexation of Texas and Polk’s westward push to the Pacific helped to forge a budding superpower. Thus, it isn’t accurate to say that, without its role in the Pacific, America would be the same country, only one shorn of a Pacific role. It would be an entirely different country, bereft of a central element of its national consciousness going back at least to the 1840s.

But, if America’s Pacific position is indeed intrinsic to its identity, Washington hasn’t conducted itself in recent years as if it comprehends the challenge. Quite the contrary. It has squandered blood and treasure, and sapped its economic strength, with civilizational wars in the lands of Islam, where the definitional and strategic imperatives are much less salient. It has otherwise undermined its economic fortitude by piling on public debt, much of it in the hands of China, and failing to generate significant economic growth. It has failed in its effort to transfer its focus from the Middle East to Asia. 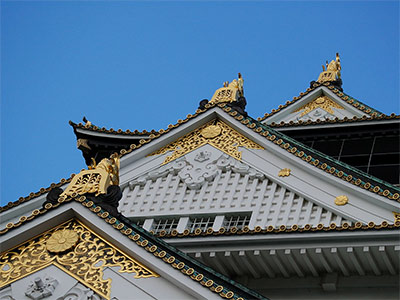 Pullquote: For America, the geopolitical stakes in this face-off are big. But the psychological stakes are possibly even bigger.Essay Types: The Realist