PIVOTAL MOMENTS in history are seldom anticipated. And when change is systemic, this rule is even truer. There are unmistakable signs in East Asia, however, that the old, U.S.-dominated order can no longer be sustained in the face of China’s emerging challenge and the relative weakness of both the United States and Japan. A failure of American diplomacy to adjust to these new power realities, or of China to accommodate long-standing U.S. and Japanese interests, could jeopardize the promise of the much-heralded Asian century and return East Asia to its bloody and fractious past. What emerges in this critical region will have global consequences. As the locus of economic and military power shifts decisively from the Atlantic to the Pacific, it is clear that East Asia has never been so centrally important to the international order. Never before have the world’s three preeminent states—the United States, Japan and China—all been Asia-Pacific powers. This raises the stakes for everyone should the Old Order fail precipitously.

For nearly seven decades, this order has been underpinned by U.S. economic and military strength, dating back to the defeat of Japan at the end of World War II and reinforced forty-five years later by the collapse of the Soviet Union. During the Cold War, American preeminence in East Asia was vitiated by both the illusion and reality of Soviet military power. Thereafter, for a brief “unipolar moment,” the United States seemed able to do as it pleased without worrying about peer competitors or balancing coalitions. In retrospect, President George W. Bush’s first term may be seen as the apogee of Pax Americana. Since then, it has been mostly downhill for a United States weakened by ten years of war, a gridlocked political system and the lingering contagion from the 2008 global financial crisis. President Obama’s pivot to Asia, and his attempt to quarantine the region from defense-budget cuts, cannot disguise the sober reality that the U.S. capacity to shape East Asia is no longer what it was.

Once seen as the reliable northern anchor of the U.S. alliance system in East Asia and lauded for its dependability and dynamism, Japan’s two-decade political and economic malaise is a significant cause of the weakening of the Old Order. The near meltdown of the tsunami-crippled Fukushima nuclear-power plant in 2011 can be seen as a metaphor for the corrosion of Japan’s increasingly inward-looking body politic. The country lacks confidence and is beset by a host of domestic problems. Leadership stasis has made it difficult for the United States to reinvigorate the strategic partnership with Japan or to be sure where the country is heading. This is reflected in the failure to reach agreement on the relocation of the important Marine base on Okinawa. While Japan remains a major economy, its gross domestic product has not grown for twenty years, and the country suffered the indignity of being overtaken by China as the world’s second-largest economy in 2011. Aging and shrinking demographically, Japan faces the prospect of being consigned to the second rank of East Asia’s middle powers unless it can recapture its lost élan and purpose.

But China’s rise is the main reason for the loss of Washington’s once-unrivaled ability to influence the region’s affairs. With a population of 1.4 billion, more than the rest of East Asia and the United States combined, China is a megastate that for millennia was the dominant polity in Asia and now makes little secret of its desire to reclaim its former status. These dreams are no longer illusory, for modern China has the strategic clout to realize them. Its population and economy dwarf those of Fascist Germany, Imperial Japan and the Soviet Union—previous and ultimately vanquished challengers of U.S. power. China’s reemergence poses strategic challenges of a complexity and magnitude not previously experienced by the United States, or the rest of East Asia, for that matter. The principal unknown is the path China’s leaders will follow, often posed in overly stark and simplistic terms as a choice between responsible stakeholder or revisionist state. In fact, China is likely to be both, conforming to the norms of the international system except when its core interests conflict with those norms.

While long anticipated—indeed, U.S. policy planners were warning of these strategic implications as far back as the mid-1990s—the Middle Kingdom’s new prominence in East Asia has been boosted by two seminal recent events, one financial and the other geopolitical. The 2008 global financial crisis led many in China to believe that the United States was in decline, suffering from imperial overreach and living beyond its means. This belief is perhaps overstated, but owing more than a trillion dollars to China has clearly placed the United States in the distinctly uncomfortable position of being seen as a financial supplicant to its principal competitor. Perceptions of U.S. financial weakness have clearly emboldened Chinese leaders to seek geopolitical advantage over the United States in contested spaces, especially in East Asia. Of greatest concern is Beijing’s evident determination to aggressively defend its claims to disputed islands, waters and resources in the East China and South China seas. Relations with the other major Asian powers, Japan and India, have become increasingly testy, and many Southeast Asian nations are fearful that China will pay only lip service to regional egalitarianism as it becomes more powerful, both economically and militarily. In the past two years, China has declared the eponymous South China Sea to be a “core interest” and made abundantly clear that it will continue to support the bellicose North Korean regime despite that maverick state’s repeated provocations and violations of international norms.

AT THE heart of U.S. and regional anxieties about China’s future military intentions is the ambitious “far-sea defense” strategy, designed to push the U.S. Navy as far from Chinese shores as possible. China is bent on turning its three coastal fleets into a genuine blue-water navy capable of controlling the western Pacific and eventually projecting significant maritime power into the central Pacific and the Indian Ocean. Beijing’s strategic aim seems to be a Monroe Doctrine with Chinese characteristics, and it is rapidly acquiring the capabilities to realize this ambitious goal. From a Chinese perspective, this makes perfect strategic sense. After all, if a rising America could construct a Monroe Doctrine in the nineteenth century as a blunt but effective instrument for keeping other powers out of the Western Hemisphere, why should an ascendant, twenty-first-century China not seek a comparable outcome in the western Pacific? The problem is that Beijing’s determination to push back the U.S. Navy threatens to destabilize the regional balance of power and escalate tensions not only with America but also with Japan.

Relations between China and Japan are already fraught with tensions. Neither side seems capable of moving beyond the historical enmities infecting its contemporary behavior and precluding any genuine rapprochement, despite Japan’s booming trade with China and increasing level of economic interdependence. These underlying tensions periodically erupt, exposing the deep fault lines between the two nations and underlining the potential for miscalculation. The most serious recent example occurred on September 7, 2010, when simmering tensions over ownership of the disputed Diaoyu or Senkaku Islands in the East China Sea boiled over into a serious confrontation after a Chinese fishing trawler appeared to deliberately ram a pursuing Japanese Coast Guard vessel. This brought Sino-Japanese relations to a post–World War II low. Opinion polls showed extremely high levels of mutual disaffection, with 87 percent of Japanese and 79 percent of Chinese surveyed regarding the other country as “untrustworthy.” Fully 79 percent of Japanese considered China a military threat.

It would be wrong to infer from these actions that China is intent on military confrontation with the United States and Japan or that it is yet in a position to supplant America as the region’s most influential power. But China’s new assertiveness illustrates the structural tensions that inevitably occur when a rising power challenges the existing order and, by definition, the place of the previously dominant state. As Harvard’s Richard Rosecrance and Peking University’s Jia Qingguo have documented, over the past five hundred years, six of the seven hegemonic challenges to the existing order have led to serious conflict. We also know that strong economic and trade links between aspiring and incumbent hegemons do not, by themselves, reduce the risk of conflict, as Britain and Germany demonstrated a century ago when their deepening economic interdependence couldn’t prevent their going to war in 1914. Thus, it would be an egregious mistake to conclude that strengthening ties between China and the United States make military conflict between them unthinkable.

Some liberals argue that the unique character, cultural identity and historical experience of China make it intrinsically less aggressive than other nations. According to this view, the Middle Kingdom is an exceptional state and marches to a different foreign-policy tune. However, the proposition that China has historically been less aggressive or less expansionist than its Western or Eastern counterparts does not withstand scrutiny. Like many powerful nations, and the United States in particular, China has a long tradition of territorial expansionism and subduing or coercing neighboring peoples and states. Although different in character from European colonialism, the endgame of China’s tributary-state system has been the imposition of a Chinese suzerain over neighboring peoples and polities, a point not lost today on fellow Asians. While Beijing regards reunification with Taiwan and pacification of Tibet as a restoration of Chinese authority over ancestral lands lost through the perfidious interference of foreigners, it is possible to draw an altogether different conclusion: Beijing’s policies toward Taiwan and Tibet reflect China’s likely behavior toward the wider region. Certainly, China’s revanchism has done little to build confidence that a Pax Sinica would be demonstrably fairer, more stable and peaceful than Pax Americana. 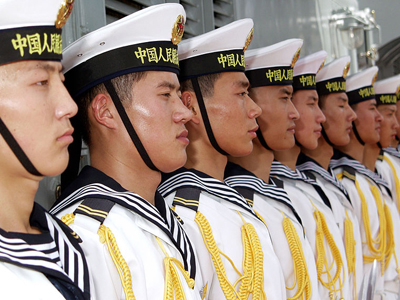 Pullquote: The old, U.S.-dominated order can no longer be sustained in the face of China’s emerging challenge and the relative weakness of both the United States and JapanEssay Types: Essay