THE QUESTION of Kashmir is one of the longest-running tragedies of our time—a South Asian Palestine. Three wars between India and Pakistan, several insurgencies, counterinsurgencies and a countless series of negotiations have failed to settle the political future of this beautiful, disputed Himalayan region since the creation of the states of India and Pakistan in 1947. For sixty years, these two countries have claimed all of Kashmir as their own. Blood has been spilled, thousands have died and still the people are in crisis.

The intractability of India’s and Pakistan’s competing policies was evident once again this fall, as foreign ministers parroted inflexible national positions on Kashmir at the United Nations General Assembly session. After several years of quietude, Pakistan renewed its call for a UN-mandated plebiscite, which would give Kashmiris the option of choosing between India and Pakistan as their home nation. “The Jammu and Kashmir dispute is about the exercise of the right to self-determination by the Kashmiri people through a free, fair and impartial plebiscite under UN auspices. Pakistan views the prevailing situation in Indian Occupied Kashmir with grave concern,” Pakistan’s Foreign Minister Shah Mehmood Qureshi said in his recent address. India responded by calling off any potential meeting between Indian Foreign Minister S. M. Krishna and his Pakistani counterpart, with Krishna retorting:

Jammu and Kashmir, which is an integral part of India, is the target of Pakistan-sponsored militancy and terrorism. Pakistan must fulfill its solemn commitment of not allowing territory under its control to be used for terrorism directed against India. . . . Pakistan cannot impart lessons to us on democracy and human rights.

FAR AWAY from the rhetoric in New York, Kashmir is slowly dying. More and more people take to the streets, fighting against New Delhi’s heavy hand. The authorities trounce the uprisings with violence.

Gangbugh is a small village on the outskirts of Srinagar, the summer capital city of Indian-controlled Kashmir; a few hundred freshly built houses amid an expanse of golden paddy fields. On July 6, several hundred residents of the neighborhood came out in a protest against Indian rule—part of a wave of demonstrations triggered by the death of Tufail Mattoo, a seventeen-year-old student killed by a tear-gas shell fired by Indian troops in Srinagar. They were attempting to disperse a crowd protesting the murder of three Kashmiri villagers by the Indian Army near the disputed border with Pakistan. Indian paramilitary forces and police posted in the area charged at the crowd and broke the windowpanes of scores of houses with stones. A villager complained to a minister in the Kashmir government about the paramilitary troops’ activities. The politician then visited the village; some angry boys threw rocks at his cavalcade. The police and paramilitaries returned for a crackdown. Another protest followed, and after the confrontation was over, one more seventeen-year-old high school student, Muzaffar Bhat, was dead.

The circumstances of his disappearance remain unclear. His family alleged that villagers saw the police take Muzaffar away in a jeep. Police argued that he had jumped into a river to escape arrest when the troops charged at the protesters. The next morning, his body was recovered from the river. As the news of the teen’s death spread, several thousand people came out on the roads raising slogans against the Indian troops and demanding Kashmir’s independence. As the protest began, Fayaz Wani, a thirty-year-old neighbor of the dead boy, and the father of two young daughters, prepared to leave for work. He was as an office assistant in the Kashmir government’s Department of Floriculture. “He dressed for the office and stepped out as the protest started,” Mushtaq Wani, his older brother, told me. Fayaz, a tall, athletic man with sunken cheeks, walked with his fellow villagers in the protest. While there, he also made a phone call to a colleague saying, “I shall be shortly in the office.” A few minutes later, the protest intensified, angry mourners threw a few stones at the troops, who fired back. Four bullets hit Fayaz, two entering his back, and two shattering the right side of his face. Wani died right there.

The furious, grieving village set off on another procession, a few hours later, carrying its two dead men to one of the most prominent landmarks of war: the sprawling Martyrs Graveyard in northwestern Srinagar, where several hundred Kashmiris killed in the conflict are buried. As they reached an area called Batamaloo, Indian paramilitary troops and police stopped them. The city had been tense, under curfew. A police officer ordered the mourners to return home; the mourners insisted on the right to bury the dead where they wanted. The troops ended the argument by firing tear-gas shells at the crowd and assaulting them with bamboo sticks.

The bodies fell to the street as the police charged at the mourners. “Muzaffar’s father threw himself on his son’s corpse to protect his body from being defiled,” Bilal Bahadur, a photojournalist who along with a few others captured the moment on camera, recounted, “The police grabbed him by his leg and dragged him away.” Bahadur continued clicking until the uniforms noticed the photojournalists. In a few moments, they were attacking the photographers. Several were hurt; Bahadur’s right arm was in a cast for weeks. In Gangbugh, Wani’s three-year-old daughter would take her mother’s phone and persist in calling her slain father’s number. “How does one explain a father’s death to his three-year-old girl?” Mushtaq said, as he showed me a picture of his brother with his wife and two daughters in happier times. “Everyone loved Fayaz here,” Mushtaq stared into the middle distance, “In his spare time, he installed television satellite dishes for the entire village.”

DEATH HAS been a frequent visitor in Kashmir, especially for the past two decades. In the winter of 1989, Kashmiris launched an armed uprising against Indian rule with support from Pakistan. A violent campaign of insurgency and counterinsurgency continued throughout the nineties. Around seventy thousand people have been killed in the last twenty years; another ten thousand have gone missing after being taken into custody by Indian troops. One-sixth of the population suffers from post-traumatic stress disorder. India and Pakistan, armed with nuclear weapons, have come dangerously close to war several times.

The seeds of this discord were sown with the partition of the Indian subcontinent a half century or so ago. Kashmir was one of the largest of around 560 princely states under British sovereignty—predominantly Muslim but ruled by a Hindu maharaja, Hari Singh, whose position was being challenged by a popular socialist leader named Sheikh Abdullah. When British India was violently partitioned into India and Pakistan, the fate of Kashmir was left undecided. In the spring of 1947 a popular uprising around the Poonch area in the state of Jammu and Kashmir (which is now largely controlled by Pakistan) erupted against Singh’s rule. The maharaja’s state quelled the rioting with force and aided a massacre of Muslims there, a death toll reported by the Times of London to be around two hundred thousand. This was followed by the flight of several hundred thousand Muslims to the Pakistani cities of Sialkot, Gujranwala, Rawalpindi and Lahore. Stories of the massacres carried by fleeing Jammu Muslims helped mobilize an invasion of Kashmir by Pashtun tribesmen from the North-West Frontier Province (now called Khyber-Pakhtunkhwa). On October 22, the tribesmen launched their assault with Pakistani support. As his kingdom crumbled, the maharaja fled the Vale of Kashmir to the southern region of Jammu where he signed the Instrument of Accession with India. Much of Kashmir was thus given over to the government in New Delhi. At Hari Singh’s invitation, Indian troops reached Kashmir and engaged the tribal fighters, who in the later stages of the war were joined by Pakistani armed forces.

The maharaja’s rival Abdullah, who was a friend of the new Indian prime minister, Jawaharlal Nehru, supported the Indian forces. In January 1949, the UN endorsed a cease-fire line. Kashmir was thus divided: one part controlled by Pakistan from just west of the Chenab River in the south to the Karakoram Mountains in the east and the Afghanistan border in the north; the other by India from south of Siachen Glacier along the eastern border with China and Tibet to Kashmir’s current winter capital of Jammu in the southwest. This is the border now known as the Line of Control. The war was over but the battle lines had been drawn. Kashmir would remain a victim of India’s ambitions and Pakistan’s manipulations.

In theory, under the settlement Kashmir had much freedom to control its future—its own constitution and flag, and the heads of its local government called the president and the prime minister. Yet little by little India encroached on this pseudosovereignty.

In 1953, India jailed Abdullah, who was now Kashmir’s prime minister, after he implemented a radical land-reform act and gave a speech suggesting the possibility of an independent Kashmir. In the following decades, India installed puppet rulers, ignored the democratic rights of the Kashmiris and questioned the area’s legal status. Abdullah was imprisoned for fifteen years. By the time of his release, India and Pakistan had already fought a second war over Kashmir in 1965 and would soon fight another over East Pakistan in 1971, which led to the creation of Bangladesh. Four years later, in exchange for being allowed to head the Kashmir government, Abdullah signed a compromise with New Delhi, opening the door to even-greater Indian control over the region. Twelve years after that, in 1987, the Indian government rigged state elections, arresting opposition candidates and terrorizing their supporters. What followed were years of devastating violence. 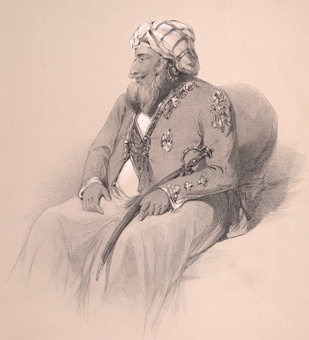