Brezhnev in the Hejaz THE SAUDI royal family is afraid. Very, very afraid. A crisis of leadership is brewing. The king is ailing and his successor, Crown Prince Sultan, is in even worse health. Their hard-line brother, Prince Nayef bin Abdel Aziz, is set to take the throne. One of the last absolute monarchies, the Saudi family seems to represent all that the Arab Spring is fighting against: closed societies with unequal wealth distribution; repressed minorities living within manufactured boundaries; strong Islamist sympathies across its lands; a latent Sunni-Shia power struggle embedded in the country’s fabric—not to mention a string of surrounding states struggling to stave off revolutions that could easily have a contagion effect.

We should be careful not to count the al-Sauds out. They are among the world’s most proven survivors. Their first kingdom lasted from 1744—when they made their alliance with the founder of Wahhabism, Muhammad ibn-Abdul Wahhab—until 1818, when an Ottoman-Egyptian army crushed it. A second kingdom controlled the Nejd, located in the center of the Arabian Peninsula, from 1824 to 1891. The current kingdom began with Ibn Saud’s taking of Riyadh in 1902 and was consolidated in the 1930s after a war with Yemen. The al-Sauds are comeback kids.

They also outlasted the Arab revolutions of the 1950s and 1960s. The monarchies in Egypt, Iraq, Libya and Yemen all collapsed, but the Kingdom fought back, ultimately bogging down Gamal Abdel Nasser’s Egypt in a bloody insurgency in Yemen. They outlived Saddam Hussein and the Iraqi threat in the 1990s. The Saudi royals are skilled at playing inter-Arab civil wars.

As the end-of-an-era grim reaper approaches Saudi Arabia’s door, Riyadh is prepared for battle. Whether the U.S.-Saudi alliance can survive the clash of American values and sympathy for the Arab Spring with the monarchy’s ambitions is another question entirely.

RIYADH HAS become the de facto leader of the counterrevolution in the Middle East. It is shoring up its borders and tamping down neighboring unrest. And to prevent rebellion inside Saudi Arabia, Riyadh is creating an alliance whose sole purpose is to quell any revolutionary movement in the six Arabian Peninsula monarchies of the Gulf Cooperation Council: Bahrain, Kuwait, Oman, Qatar, Saudi Arabia and the United Arab Emirates.

Saudi Arabia’s mettle has already been tested; its commitment to stifling any protests in surrounding countries can no longer be in question. In early spring, Bahrain was facing a crisis. It looked as though the majority-Shia population on the tiny island was on the verge of forcing the Sunni Khalifa dynasty to accept a transition to a constitutional monarchy. For Saudi royals, who do not differentiate between Shia and Iran, that meant an Iranian-dominated challenge to absolutism just across the causeway from their own restive Shia. Worse, the United States was actively encouraging a political process in Manama that the palace in Riyadh judged to be an existential threat.

To preempt a deal, over one thousand Saudi troops with a contingent of police from the UAE publicly and visibly crossed the causeway in armored vehicles to help the Khalifa hard-liners crush the rebellion on March 14. The Saudis have been practicing this maneuver for years (one of the key reasons the causeway was built was to provide an emergency invasion corridor), but never before had the Kingdom actually used its own forces to help crush a popular rebellion in a Gulf Cooperation Council state. The Saudi press dismissed American and European criticism of the operation, including President Obama’s May speech on the Arab Spring, as “drivel.” And as a further bond between the two royal families, King Hamad of Bahrain’s son is now engaged to King Abdullah’s daughter.

With the Saudis making it clear they also will stand behind the Hashemite king in Jordan as his regime resists reform, a club of royals under the al-Sauds’ protection is now a reality. Amman has even been invited to turn its informal alliance into formal membership in the GCC (along with Morocco) and probably will—it needs GCC money. The Saudis are also pushing the council to expand the size of its expeditionary force based at King Khalid Military City in northeast Saudi Arabia from its current forty-thousand-man outfit on paper to a larger presence—size to be determined.

In effect, Saudi Arabia has proclaimed a twenty-first-century equivalent of the old Soviet Brezhnev Doctrine for its own backyard. No uprising will be tolerated in a neighboring kingdom. The rest of the GCC monarchs have saluted the ambition—at least in principle. And like Russia in 1848, Saudi Arabia has become the guarantor of the counterrevolution.

Yet the al-Sauds’ external strategy is flawed. The new alliance is one of convenience. The seven monarchies have decades, even centuries, of rivalry. The Hashemites and the al-Sauds have been enemies since the eighteenth century; cooperation is tactical not emotional. The Qataris chafe at Saudi leadership, the Omanis look east to South Asia not west to the Kingdom, and the United Arab Emirates is more disunited than united, more South Asian than Arab.

Then there is the Achilles’ heel of the Arabian Peninsula, Yemen, which is beyond Saudi control. Riyadh was never fond of President Ali Abdullah Saleh, who backed Iraq in 1990 and whom it tried to overthrow in the Yemeni civil war of 1994. Needless to say, the regime isn’t shedding any tears post–the bombing of the presidential palace, which severely wounded Saleh and forced him to flee. But more than half of the Arabian Peninsula’s population resides in its poverty-stricken southern tip; Riyadh is very worried about what may come next. For chaos and anarchy in Yemen would fuel the Saudis’ worst enemy—al-Qaeda in the Arabian Peninsula (AQAP).

THE SAUDIS are right to worry. Bin Laden or no, al-Qaeda continues to play a major role in the Kingdom’s internal politics. The group’s extreme views resonate both with a constituency in the Wahhabi heartland and in poorer parts of the Kingdom, like the Asir region bordering Yemen. If the princes do not enforce unrelenting counterterrorism pressure, the risk of a renewed al-Qaeda challenge remains very real—especially as the AQAP base in Yemen has only grown stronger with central authority collapsing outside of Sanaa. AQAP has exploited the Yemeni civil war to strengthen its safe havens and sanctuaries in the southern and eastern parts of the country, allegedly even taking temporary control of small cities outside Aden.

Al-Qaeda’s leading propagandist in Yemen, the New Mexico–born Anwar al-Awlaki, has called the Arab Spring a revolutionary “tsunami” that is destroying al-Qaeda’s enemies—like Mubarak—and will inevitably lead to revolution in all of the Arab monarchies.

The Kingdom fought a vicious and violent struggle against al-Qaeda inside its own borders between 2003 and 2006. It was the most sustained and serious internal threat to the monarchy since the formation of the modern Saudi state in the wake of World War I. Gunfights and bombings wracked every major Saudi city as al-Qaeda supporters tried to fulfill the call of Osama bin Laden to overthrow Abdullah and his brothers. It was a frightening and defining moment for this elderly generation of royal leaders and for the generation-in-waiting.

The leader of the repression of al-Qaeda in the Kingdom, Prince Muhammad bin Nayef, son of the interior minister, Prince Nayef bin Abdel Aziz, was almost assassinated by AQAP in 2009. MBN, as he is known, is the epitome of the next generation of Saudi princes: smart, savvy, sophisticated and determined not to have the family lose control of its birthright. With his father now the spirit of the age if not yet king, old guard and new guard are aligned on strategy: repress at all costs—inside the country and out.

THE MANY-TENTACLED threats emanating from around the Kingdom’s borders are clearly reaching inside the House of Saud, stoking deep-seated resentments. And the unrest is being met with the anticipated ruthlessness—with only partial success. On Facebook, Saudi reformist activists called for a “day of rage” to copy the Tahrir Square model; the regime responded with a massive show of police and security forces across the country to preempt any demonstrations. The Wahhabi clerical establishment then preached against reform and protests in the mosques to further intimidate the potential demonstrators. It worked. The day of rage passed with little in the way of anger.

But in the traditionally restive Shia communities of the Eastern Province (home to most of Saudi Arabia’s oil reserves), demonstrations have erupted. This is no surprise—the Shia have often expressed their discontentment with their status as second-class citizens in a state founded on that mid-eighteenth-century alliance between the Saudi royal family and the extreme Sunni Wahhabi clerical establishment. Indeed, Saudi and Wahhabi animosity toward the Shia goes back to the early 1800s when Saudi warriors pillaged the holy cities in Iraq during the first great expansion out of their base in the Nejd.

King Abdullah has tried to accommodate Shia demands for greater autonomy in the past, but the unrest this year shows tensions remain high. The Shia may be far too small in number to threaten the Kingdom’s stability, but they can engage in terror attacks, like the bombing of the U.S. air base in Khobar in 1996, which American and Saudi officials blamed on Saudi Hezbollah (a pro-Iranian terror group that has been largely dormant since the 1990s). 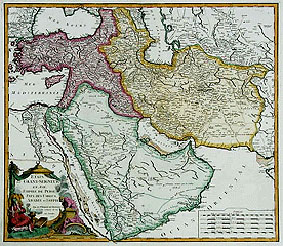 Pullquote: As the end-of-an-era grim reaper approaches its door, Riyadh is prepared for battle. Whether the U.S.-Saudi alliance can survive the clash of American sympathy for the Arab Spring with the monarchy’s ambitions is another question entirely.Essay Types: Essay