THE MACONDO oil well blowout in the Gulf of Mexico last April has consequences far beyond BP’s balance sheet—or even the potential rate of growth of offshore oil and gas production in U.S. territorial waters. It almost certainly marked the end of any possible legislation to bolster energy and environmental policy, perhaps for the rest of Barack Obama’s first term, and probably well into a second (should there be one). Above all, it may have stymied America’s first chance in forty years to approach energy independence.

We are a far cry from the president’s inaugural address, which promised to “harness the sun and the winds and the soil.” America was to be weaned from its internal-combustion-engine addiction, and power generation was to be revolutionized via renewables—radically reducing carbon emissions and oil imports.

Obama stressed the need to drastically change transportation technologies as well as power generation and distribution, forming the case for a new technological revolution that would enable the United States to reduce dependence on petroleum and harness the entrepreneurial forces of American society. He earmarked $105 billion out of the fiscal-stimulus program for renewable-energy incentives and projects designed to accelerate the digitizing of the national power grid. These were followed by initiatives to underwrite hybrid and electric cars and the controversial $2.8 billion cash-for-clunkers program. The administration proposed that some of the measures be paid for by $30 billion in new taxes on the oil and gas industry. Yet notably absent from this long list of programs were policies dealing with coal, shale gas, nuclear energy and offshore drilling.

To create a more environmentally friendly and more self-sufficient future, hydrocarbons must be used (some of them a good deal cleaner than others), and some of these hydrocarbons need to be produced domestically. It was in this context that soon after passage of the health-care bill, the president made a surprise announcement that he was looking at the potential expansion of oil and gas exploration into the Eastern Seaboard, the eastern Gulf of Mexico and waters offshore northern Alaska, areas that had been off-limits due to various federal moratoria that expired in 2008.

As Obama said of his energy-security plan in which bans on drilling could be lifted, “[it is] part of a broader strategy that will move us from an economy that runs on fossil fuels and foreign oil to one that relies on homegrown fuels.” And to tie the drilling to a greener economy, the president added that the Interior Department could spend up to a year “studying and protecting sensitive areas in the Arctic,” implying that if Congress didn’t pass an energy bill, the moratoria might not be lifted. All of these potential places of exploration were thought to be more gas-prone than oil-prone; and thus in this decision we can see the administration’s clear preference for natural gas as a transition fuel to a lower-carbon economy. Yet even with all these measures, an important fact of life was ignored: to get to this future, oil will be needed in the interim. And deepwater oil is the critical short-to-medium-term mechanism for reducing dependence on foreign supplies.

Twenty days after Obama’s announcement, the Macondo well erupted, and even current drilling was suspended.

The policy reactions to the Macondo blowout are hampering development of this, the most critical area of both U.S. and global crude-oil production—which had, up until last April, promised to provide significant worldwide growth in non-OPEC countries for the next decade and beyond. The Gulf of Mexico, offshore Brazil and most of West Africa, pockets of the Mediterranean and East Africa, the Indian Ocean, off the coast of Australia, Indonesia and China can all yield oil. The policy setback may guarantee that markets tighten again sometime soon—that is, unless Iraqi output grows enough to offset declining production in Iran and Venezuela, key OPEC countries.

But all this is not necessarily bad news. In many respects, changes in the U.S. energy sector are likely to come not from government intervention but from the inevitable innovation brought about by market forces. Oil and natural-gas production are improving, demand for gasoline has declined, and already-in-place controls over emissions and hazardous pollutants are bringing about dramatic, stunning and transformational changes both within the country and in the global energy sector more broadly. If we can get our energy house in order, the future may look far better than the past.

THANKS TO high oil and natural-gas prices in the middle part of the last decade, the ingenuity of independent natural-gas producers led to the development of means to tap into the vast resources of in-place hydrocarbons trapped in shale rock, essentially sedimentary rocks that have within them highly concentrated quantities of natural gas and oil. With astonishing speed, the United States was transformed from a country with declining production of natural gas to one which might just end up with growing surpluses. At the beginning of the 1990s, proved and probable American gas reserves covered between 25 and 30 years of consumption. Now, natural-gas reserves are estimated to be able to provide for 100–125 years of U.S. needs. What’s more, natural gas has even become cheaper than coal, and not just at present, where “spot” gas is priced at $4 or less and coal is $5 or more for an equivalent amount; natural gas’s discount to coal is maintained in future projections through the middle of the decade.

This natural-gas abundance changed the energy landscape entirely, with supplies clearly outstripping current and foreseeable demand. And this meant that America would no longer be a major (let alone the world’s largest) market for liquefied natural gas (LNG).

Now the LNG market is self-correcting, making prices for natural gas more stable over the long term. Much of the new fuel came into the market at the same time as the Great Recession; European and U.S. natural-gas demand declined abruptly. With a dwindling market, LNG was sold on a distressed basis, severely impacting the ability of sellers of gas, including Russia and Qatar, to find enough buyers. Well into next year the LNG glut will continue. Commanding premium prices is near impossible. And so the price of natural gas is being de-linked from that of oil. This is as it should be. The main market for natural gas is the power sector, where gas competes with relatively cheap coal; the main market for oil is transportation—where competition is virtually nonexistent.

As a result of the shale revolution in the United States, spot gas prices in Europe are about 55 percent of the oil-linked price demanded by Russia and Qatar. No longer are natural-gas prices highly volatile as they have been traditionally, with enormous price differences between the so-called shoulder seasons of fall and spring, and the winter, when demand is high. Coal can now be replaced as the primary base-load supplier to electric-power utilities in America (the U.S. coal industry always defended its pride of place by intoning cost stability). And the argument that since America has vast coal resources, reliance on coal means less dependence on insecure sources of supply from abroad no longer holds. The fact that natural gas is found throughout the United States, including in the main eastern and midwestern consuming markets, means that there are fewer and fewer bottlenecks to delivering it, and greater and greater supplies reducing its seasonal price volatility.

The shale-gas resource revolution brings with it another surprising and ancillary benefit: much of the shale resources of the United States have an impact on the production of liquid hydrocarbons as well. These come in two forms—natural-gas liquids, including propane, butane and ethane that can be used for household heating and cooking, or as feedstock for petrochemicals; and crude oil embedded in similar sedimentary rock. In the midcontinent of the United States, what was once thought to be a permanent decline of oil production that set in decades ago has not only been stemmed but new production has actually reversed the downturn. In an area called the Bakken—centered in Montana and reaching east into the Dakotas, and west and north into Canada—new oil production has been growing in leaps and bounds, rising from nothing to over 300,000 barrels per day (b/d), with the potential of reaching close to 1 million b/d within this decade. Similar prospects exist in a half dozen other areas, creating the promise of U.S. domestic, lower-48-states oil production rising by nearly 2 million b/d by the end of this decade, close to the current oil production of Iraq, Kuwait and the United Arab Emirates, and more than that of Algeria or Libya. There is no doubt that with the shale the United States has, world-class resources can be developed.

THE TENSION between the two main policy objectives of the United States—promoting cleaner energy while stemming its potential environmental costs (which are characteristic of exploitation of deepwater oil, gas and shale-based resources)—means that there is little hope for developing a consensus in energy policy through new laws. For example, environmental interest groups find both good and bad in shale. Clearly, an abundance of natural-gas resources provides not only plentiful domestic cleaner-burning fuel than coal for generating electricity but also a preferable feedstock to oil for powering vehicles. On the other hand, environmentalists find two challenges in relying on natural gas—the fracturing mechanisms that have unleashed the country’s vast shale reserves depend upon fluids that might be toxic, and they can have an impact on aquifers because it takes an abundance of water to break apart shale rocks to get to the desired commodity. So, even if there are limited dangers from toxins in the fracturing fluid, there are potential dangers from loss of water supplies. 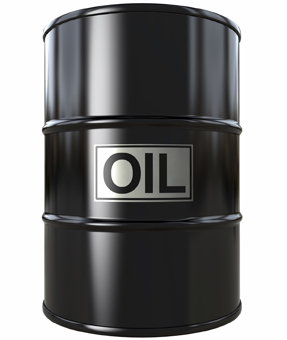