PRESIDENT OBAMA and Congress continue to wrestle with competing ideas to fix America’s housing crisis, ranging from abolishing Fannie Mae and Freddie Mac to introducing new regulations for repairing the rickety mortgage-financing system years after it crashed. To understand the enduring nature of today’s housing-system mess, it is not really necessary to do much more than to look backward. To look, that is, at the careers of two former prominent politicians, each of whom has played an integral role in American finance in recent decades.

The first is former Connecticut senator Chris Dodd; the other is former Massachusetts representative Barney Frank. Both men have a lot in common. Both are Democrats. Both were influential members of their chambers’ banking and financial-services panels (they chaired their respective committees when Congress passed the Dodd-Frank financial-reform law in July 2010). Both personified the cozy tripartite relationship involving big banks, big housing and big government. And both pooh-poohed the skeptics and stoutly defended Fannie Mae and Freddie Mac—long after many experts were warning that those huge government-sponsored enterprises (GSEs) had overextended themselves in the frothy U.S. housing market before the crash.

When it came to listening to dissenting voices, Frank was a bully and proud of it. During one subcommittee hearing, when Congressional Budget Office director Robert Reischauer expressed concerns about taxpayer liabilities if Fannie and Freddie encountered financial difficulty, Frank responded so vehemently that the subcommittee chairman, the gentlemanly Texan Henry B. Gonzalez, admonished him to stop badgering the witness. His propinquity to Fannie Mae was manifest when the company hired his domestic partner upon his graduation from business school at Dartmouth and in the $75,000 that Fannie donated to a Boston nonprofit group cofounded by Frank’s mother. As Gretchen Morgenson and Joshua Rosner observe in their 2011 book, Reckless Endangerment, “Frank was a perpetual protector of Fannie, and those in his orbit were rewarded by the company.”

And what about Dodd? He, too, defended Fannie and Freddie, denying that they were in serious financial straits even after Treasury Secretary Hank Paulson sought to augment capital and regulatory requirements for the GSEs as part of a bailout package. Dodd promoted legislation to assist troubled subprime-mortgage lenders such as California-based Countrywide Financial when they faced collapse after the housing bubble burst. It later turned out that he had accepted below-market mortgage rates from Countrywide for refinancing his Washington and Connecticut homes. The Senate Ethics Committee concluded that, while Dodd had not knowingly pursued special treatment, he should have investigated the matter when he discovered that Countrywide had placed him in a special category of customers.

Mark Calabria, director of financial-regulation studies at the Cato Institute, wrote in 2010 that nothing in the Dodd-Frank legislation ended the huge intervention by the U.S. government in the mortgage market. Nor would it help avoid the next crisis. He wrote:

Perhaps it should come as no surprise that Sen. Christopher Dodd and Rep. Barney Frank, the bill’s primary authors, would fail to end the numerous government distortions of our financial and mortgage markets that led to the crisis. Both have been either architects or supporters of those distortions. One might as well ask the fox to build the henhouse.

So should it really come as a surprise to anyone that the Dodd-Frank bill, which was supposed to prevent a recurrence of the housing crisis, is riddled with problems that Congress continues to attempt to remedy? Three years after its passage, the bill increasingly resembles a new Washington Monument—to folly and hubris. Even its supporters acknowledge its shortcomings. Writing in the Wall Street Journal, for example, Alan S. Blinder, a former vice chairman of the Federal Reserve, noted, “The Dodd-Frank Act is taking on water fast.” The consequences for banks and the economy could be dire. Yet it needs to be said that most of the critics of the law, including Blinder, would address concerns about it with yet more regulation.

THE DODD-FRANK law puts new obstacles to getting credit in front of businesses and consumers, while leaving the riskiest parts of the big banks untouched. The law imposes partial limits on bank trading for their own accounts through legislation known as the Volcker Rule—a rule that, as the Wall Street Journal noted, “languishes unfinished and unenforced, mired in policy tangles and infighting among five separate agencies whose job is to produce the fine print.” It currently fails fully to curtail commercial-bank securities activities or separate banks from securities dealers, as was done by the Glass-Steagall provisions of the Banking Act of 1933. Even today, despite Dodd-Frank, the basic business model of Wall Street, which helped foment the crisis, remains largely intact. And the same federal regulators who so badly botched things in the years leading up to the crisis are still in charge. Worse, investors in mortgage securities—many of whom were victimized by lending fraud and questionable mortgage bundling that occurred further upstream—have been penalized repeatedly and forced to foot the bill for cleaning up the mess, including foreclosure settlements with the states and litigation between banks and federal housing agencies. Meanwhile, gubernatorial aspirants such as attorneys general Eric Schneiderman of New York and Kamala Harris of California have fattened their electoral war chests by exploiting, in the name of consumer protection, the ongoing settlement process with large banks. If American consumers used their homes as ATMs prior to the crisis, aspiring governors like Harris use banks and private investors as a source of ready campaign cash.

Given the cozy relationships reflected in Dodd’s and Frank’s ties to Fannie Mae and Freddie Mac, it isn’t surprising that Congress didn’t directly address the root cause of the crisis. The obvious conclusion is that we need to reform Congress and its corrupt relationship with the housing industry. As one veteran counsel in the House said in an interview for this article: “Congress got in bed with the housing-industrial complex decades ago. Guess who got screwed?” The roots of this prolonged affair go back decades, to the beginning of Washington’s involvement in the housing sector. It was veteran Capitol Hill analyst Robert Feinberg who originally called it the “housing-industrial complex,” in a nod to Dwight Eisenhower’s warning about the military-industrial complex. The former appears as impermeable to true reform as the latter. For the subprime crisis was the inevitable outcome of this housing-industrial complex and its years-long push for a government-supported bull market in residential real estate built upon public finance.

The watchdogs and regulators who were supposed to protect the country from financial harm, Morgenson and Rosner note, were actually complicit in the actions that led to the implosion of the American economy. The watchdogs, in other words, didn’t do much watching, and the regulators didn’t regulate. From the mid-1990s onward, the Federal Reserve, the Treasury Department and other regulators, along with various federal housing agencies, all acted as facilitators for acts of securities fraud and malfeasance by the largest banks that rivaled the worst excesses of the Roaring Twenties. These same regulators, led by former treasury secretaries Timothy Geithner, Hank Paulson and Lawrence Summers, then told Congress and the American people that we could not prosecute the responsible individuals for fear of “systemic risk.” To date there have been just a handful of minor fraud prosecutions involving mortgage securities issued by the largest banks. Dodd-Frank does not address the issue of financial fraud, much less the festering political issues behind the subprime crisis.

It was Congress that nearly precipitated the collapse of the economy by systematically dismantling Glass-Steagall’s separation of banking and securities underwriting. Glass-Steagall imposed clear and simple prohibitions on what banks could and could not do in just five brief sections of the Banking Act, comprising just thirty-seven pages. Such simple prescriptions didn’t require any huge new enforcement bureaucracy. Dodd-Frank, by contrast, is a mess. It takes up 2,319 pages and imposes expansive and highly detailed rules on nearly every aspect of financial-institution management.

The new layers of government regulation imposed on the financial-services industry include a new Consumer Financial Protection Bureau (CFPB) to protect Americans from the predations of large banks. Another is the creation of the Financial Stability Oversight Council to manage the risk of sudden liquidation of large, troubled financial companies. Hundreds of new restrictions also are imposed on hedge funds and ratings agencies, adding mind-numbing new layers of regulatory bureaucracy to these businesses. One result of this raft of intrusive regulations and legal strictures is that nearly a third of all Americans have essentially been frozen out from buying a home.

Meanwhile, although Dodd-Frank’s statement of intent brims with promises, the law lacks powerful provisions that might help to prevent another financial crisis. For example, former Democratic senator Ted Kaufman of Delaware says that the “orderly liquidation authority” established by Dodd-Frank is a paper tiger. At a Washington conference this May, he said that Dodd-Frank cannot handle the liquidation of insolvent financial institutions and hence can’t end the practice of government bailouts of large banks. Curtailing the bailouts was of course a primary goal of Dodd-Frank. Thomas Hoenig, former president of the Federal Reserve Bank of Kansas City and now vice chairman of the Federal Deposit Insurance Corporation, told the House Financial Services Committee that the biggest banks are “woefully undercapitalized” within a “very vulnerable financial system.” SEC commissioner Daniel Gallagher blasted the Dodd-Frank law in January. “It’s a perfect example,” he said, “of not letting a good crisis go to waste. . . . The act is a model of the new paradigm of legislation: a good concept, in this case regulatory reform, overwhelmed by a grab bag of wish list items.” 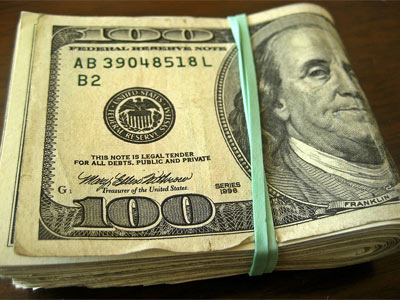 Pullquote: The terrible irony of Dodd-Frank is that it seeks to address the misdeeds of Washington and Wall Street by reducing the availability of credit for American consumers at both ends of the credit spectrum.Essay Types: Essay