IN 1935, the stakes could not have been higher. Hitler ruled Germany. Mussolini had been in power for thirteen years. Civil war was brewing in Spain. Stalin was poised to begin his bloodiest purges in the Soviet Union. Meanwhile, in Paris, Louis Aragon, André Gide, Ilya Ehrenburg and other intellectuals organized an International Congress of Writers for the Defense of Culture.

For the stakes of culture, too, were high, not least in Paris, where Ehrenburg, a fervent Communist, was beaten up in the street by André Breton, the surrealist writer, for having denounced all art that was not suitably proletarian. The defense of culture at the writers’ congress was in fact synonymous with the defense against fascism. That is, it was a conference firmly of the left. Ehrenburg had his little moment of vengeance; Breton was excluded.

The English novelist E. M. Forster, one of the speakers at the Palais de la Mutualité (others included Heinrich Mann, Isaac Babel, Bertolt Brecht, Boris Pasternak and Tristan Tzara), soon got bored with the overheated leftist rhetoric. Forster recalled having “to sit through many eulogies of Soviet culture, and to hear the name of Karl Marx detonate again and again like a well-placed charge, and draw after it the falling masonry of applause.”

No wonder his speech on the importance of free expression failed to excite the crowd of fellow intellectuals. He must have cut a quaintly old-fashioned figure, dressed in his tweed suit, talking about literature in a soft, reedy voice. The leftists regarded him as a bourgeois individualist, hopelessly out of touch with the important struggles of his time. In the account of one sympathetic observer: “It was as if the audience considered Mr. Forster and all his kind . . . already as extinct as the dodo.”1

In truth, Forster was anything but an old fuddy-duddy. His defense of literary freedom was sparked by a strong desire for sexual freedom, in his own case, freedom for homosexuals. But he was undeniably a champion of individual liberty rather than something so abstract as the people’s revolution. Forster was a liberal. Perhaps the term humanist would be better. “Liberalism” is open to conflicting interpretations. In the United States it is associated with leftism, and the view that the state should play a powerful role in building a more equal society. In Europe, the classic sense of liberalism means the exact opposite—conservative, laissez-faire economics. But liberalism for Forster and others of his ilk is as much a state of mind as a political program, something that might be described best in three key words: (individual) freedom, moderation and tolerance—themes that are much under attack these days, not just from Islamist and other religious fanatics, but also from some of those who have set themselves up as defenders of the West against the Islamic threat.

IN 1935, as now, this type of liberalism was under fire from both political extremes. Though in our current moment—in the wake of the death of Marxism—certainly more from the right than the left. But the lines of attack are similar. First of all, from the radical point of view, moderation—toujours, pas trop de zèle, in the phrase of Talleyrand, avoid zeal at all costs—is soft, wishy-washy and hopelessly inadequate in the war against fascism, for the rebirth of the race, the reconquista of the true faith, the proletarian revolution or whatnot. There appears to be nothing heroic about moderation or tolerance; on the contrary, they are antiheroic. The liberal temperament lacks Romantic appeal. And the stress on individual liberty, instead of collective progress or national vigor, smacks of bourgeois complacency. A radical cause demands sacrifice. The typical bourgeois is assumed to be too addicted to his comfort to sacrifice anything, least of all his own life.

I believe it was Werner Sombart (1863–1941), a German thinker of the early twentieth century, who coined the phrase Komfortismus, and he did not mean anything positive. It was certainly the French radical lawyer Jacques Vergès who once described social democracy as disgusting and debased because of its banality, its lack of grandeur.2 The search for happiness, he said, is typical of bourgeois social democracy, thus despicable. A radical leftist himself, Vergès was inspired in this attitude by one of the extreme right-wing assassins of Walter Rathenau, the liberal German foreign minister in the Weimar period. In the words of the murderer, a young naval officer: “I fight to give the people a destiny but not to give them happiness.” Here is the antiliberal stance in a nutshell.

But liberalism is also denounced by others as a fraud; to their mind, liberals pretend to be tolerant and moderate, with a real agenda of protecting their own elitist interests. Tolerance, such antiliberals claim, suggests an attitude of superiority. You tolerate, but are not prepared to engage seriously with people and views you consider to be beneath you. And moderation is a deliberate ploy to neutralize radical critiques of the status quo, or indeed anything that might challenge the Komfortismus of the liberal elites.

In fact, as Forster’s speech in Paris made clear, the case for individual freedom need be neither bourgeois nor complacent, with his stress on the importance of pleasure and the freedom to enjoy life, physically, spiritually as well as intellectually. When the Rolling Stones performed in Prague in 1990, less than a year after the Velvet Revolution ended Communist rule, Václav Havel and more than a hundred thousand fans celebrated the event as a liberation—from official puritanism, from bureaucratic oppression, from a tyranny over the human spirit. Tom Stoppard wrote a beautiful play inspired by this occasion called Rock ‘n’ Roll, cast in the form of a debate. On one side were those, like Havel himself, who saw rock music as an essential tool of liberation in an oppressive society: Mick Jagger and Frank Zappa sticking their tongues out at the commissars. Others saw the sensual pleasure of rock records (smuggled into the country at some risk) as a form of frivolous individualism, politically meaningless, a naive illusion. Only direct, political action would do. Stoppard’s play nicely echoed the Paris writers’ congress of 1935. The reason, however, that rock and roll was not trivial for Havel was his liberal conviction, which matched Forster’s, that the freedom to enjoy pleasure was as much worth fighting for as the freedom of opinion or belief. And his fight did involve serious self-sacrifice; he spent years in prison for sticking to his liberal principles.

THE ANTILIBERAL case has two more angles, which are actually contradictory. One is that liberals tolerate everything, but don’t believe in anything. Belief in pleasure doesn’t count. That is just a form of Komfortismus. Liberals, so the reasoning goes, are even prepared to tolerate intolerance. Since they don’t believe in anything strongly enough to defend it, let alone sacrifice their lives for it, they end up inviting more vigorous enemies to destroy the very liberties they claim to enjoy. The barbarians will triumph precisely because they do believe in something, unlike the decadent Romans at the end of their self-indulgent empire. This particular argument is often heard today from men and women who claim to be defending Western civilization from the Islamic barbarians. They attack Islam for its intolerance, its hatred of the West, its oppression of women; but they attack liberals for their languid indifference and their cowardly appeasement with equal, if not greater, zeal. One even detects a peculiar tone of envy in these polemics, envy of the true believers, as though we Westerners need our own form of submission to an absolute faith.

The irony of this position is that the maquis of the West often claim to be fighting for so-called Enlightenment values, as though these were synonymous with Western civilization. But even if we were to grant them this self-congratulatory view of the West, much Enlightenment thinking, if anything, sets great value on individualism, skepticism, tolerance and moderation. Radical versions of the Enlightenment might have justified the burning of churches, the killing of priests and other forms of revolutionary terror, but I hope this is not quite what the anti-Muslim defenders of the West have in mind.

THE HISTORY of antiliberalism is, of course, as much a part of European civilization as the Enlightenment. In fact, it has its roots in the anti-Enlightenment. Joseph de Maistre (1753–1821), a diplomat and philosopher steeped in classical European civilization, denounced liberals for their “indifference in the guise of tolerance.” Liberals, Protestants, scientists, indeed all men who believe in reason as a positive human quality, are the enemies of Maistre’s ideal state, whose perfect order is imposed by the authoritarian rule of Church and Monarchy. Anything that threatens authority, and thus unity, has to be crushed. The hero of Maistre’s utopia, a kind of nationwide concentration camp, is the hangman, to whom falls the distasteful but essential task of enforcing public order. In Maistre’s view, freethinking always leads to anarchy. Man needs the authority of the Church and God’s firm commands as much as he needs the hangman. The very idea that people should be encouraged to think for themselves is a threat to society. Tolerance signified to Maistre, as to all antiliberals, a lack of belief, hence the idea that tolerance means indifference. And lack of belief, more than anything, signifies the Fall of Man. 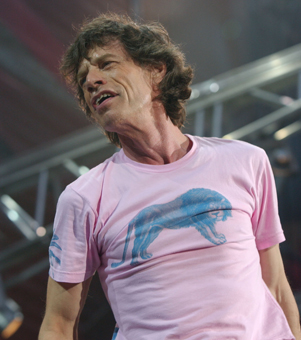