THE WORLD has been caught by surprise by the United States’ shale-oil boom. Analysts and experts are still clashing about both its true extent and the possibility of extending a shale revolution beyond North America. In just a few years shale oil could make the United States the world’s top oil producer. But a shale revolution is unlikely in the rest of the world, due to some unique factors that characterize the U.S. oil and gas patch. The single-minded focus on the future of shale oil, however, risks obscuring another evolving dimension of the global oil picture that defies the past pessimism spread by peak-oil theorists who claimed that shortages loomed: beyond the United States, the world’s oil-production capacity is also growing much faster than demand.

So far, this imbalance has been offset by two things: continuous outages of existing oil supply affecting several Arab and African countries, and the recurring fears of escalating crises in the Middle East. But supply capacity is bound to grow in the future as well, so that unless demand rebounds strongly in the next few years, a significant downturn of oil prices may well occur. The connections among a number of factors—the U.S. shale boom, the global rise of oil supply, and the inner volatility of oil prices due to temporary outages and political crises—provide a somewhat contradictory picture of the global oil market. These contradictions may, in turn, trigger unexpected changes in the direction of the oil market. All of these changes may have deep and sometimes paradoxical consequences for U.S. energy security.

THERE ARE several issues in the current debate over the boom in so-called U.S. tight and shale oil (hereafter referred to as shale oil) that serve to reinforce extreme and seemingly irreconcilable attitudes. One of the central questions revolves around the real potential of this boom and can be formulated simply as follows: Is oil production from shale formations just a temporary bubble, or is it capable of significantly altering the U.S.—and possibly global—energy outlook? To answer this question, I studied more than four thousand shale wells, along with the activities of about one hundred oil companies involved in shale-oil exploitation. The main results of this analysis are multifaceted. On the one hand, the large resource size and the ability of the industry to develop it through steady improvements in technology and cost suggest that the United States may become the largest global oil producer in just a few years, and maintain a high output for many years to come. The U.S. shale-oil boom is thus not a temporary bubble but a long-term, transformational phenomenon.

However, the unique characteristics of shale oil—the drilling intensity in particular—make it vulnerable to both price drops and environmental opposition in new and populated areas. What’s more, shale development benefits from some specific factors that are especially present in the United States but not worldwide, and that makes the global extension of a shale boom unlikely, at least in this decade. Even with a steady decline of crude-oil prices (for example, from $85 per barrel in 2013 to $65 per barrel in 2017), the United States could be producing 5 million barrels per day (MBD) of shale oil by 2017. With the present output of 1.5 MBD, that would more than triple the current production. More than 90 percent of such production will come from just three large shale-oil formations: Bakken-Three Forks (North Dakota), Eagle Ford (Texas) and Permian Basin (Texas). Together with a relatively resilient production of conventional oil, an increasing production of natural-gas liquids (NGLs) and a steady output of biofuels (NGLs and biofuels are considered part of the overall oil production in most statistical sources), the United States could become the leading oil producer in the world by the end of 2017, with an overall oil production of about 16 MBD and a sheer crude-oil production of 10.4 MBD.

Among the fourteen main oil-producing states or areas of the United States, so far nine have already witnessed a reverse of their declining oil production. What’s more, the relative decline in the Gulf of Mexico is just a result of postponed development following the Deepwater Horizon incident in 2010. Yet the driving force behind the U.S. oil boom—namely, its huge shale-oil potential—depends crucially on the U.S. oil industry’s ability to bring on line an astonishing number of wells each year. In fact, the extremely low porosity of shale reservoir rocks limits the recoverability of oil from one single well. On average, each loses 50 percent of its output after twelve months of activity; by the end of the fifth year of production, output almost stabilizes around 8–10 percent of initial production. To offset this dramatic decline in production, an oil company must thus drill an ever-increasing number of wells.

For example, in December 2012 it was necessary to bring ninety new wells on stream each month to maintain the production rate at Bakken-Three Forks (so far, the largest shale-oil play in the United States)—770,000 barrels per day. But as production grows in North Dakota, the number of producing wells also must grow exponentially. Given the current state of knowledge and technology, the growth of shale-oil production is based on a “drill or die” logic that is not that easy to apply elsewhere. The large and less populated areas of North Dakota and Texas are capable of sustaining such ever-increasing drilling intensity for many years to come—to over one hundred thousand active shale-oil wells, compared to around ten thousand to date. This relies on an approach called “down spacing,” which means increasing the density of wells within an area. Oil companies are realizing that it is possible to drill more wells in the same area without provoking a negative interference between one well and another. Nevertheless, the “drill or die” logic will probably represent a major obstacle to the expansion of shale activity even in most areas of the United States that—unlike Texas, North Dakota and a bunch of additional states—are densely populated, and have neither vast territories nor a long history of drilling intensity. In fact, in the eye of public opinion and local residents, drilling intensity will likely emphasize the environmental problems associated with shale activity, triggering in several states a vigorous opposition to the expansion of such activities.

WHILE DRILLING intensity may prove a limiting factor in expanding shale activity in the United States outside of its core areas, it will likely prove an insurmountable obstacle for the rest of the world—for several reasons. First, the United States holds more than 60 percent of the world’s drilling rigs, and 95 percent of these are capable of performing horizontal drilling that, together with hydraulic fracturing (fracking), is crucial to unlocking shale production. No other country or area in the world has even a fraction of such “drilling power,” which takes several years to build up. For example, all across Europe (excluding Russia) there are no more than 130 drilling rigs (compared to 180 in North Dakota alone), and only one-third of them are capable of doing horizontal drilling. And it’s not only a problem of drilling rigs. Shale activity also requires highly specialized tools and people that are in short supply in the world—and all this also requires years to be built up. Moreover, no other country has ever experienced the drilling intensity that has always characterized America’s oil and gas history.

In 2012, the United States completed 45,468 oil and gas wells (and brought 28,354 of them on line). Excluding Canada, the rest of the world completed only 3,921 wells, and brought only a fraction of them on line. To my knowledge, Saudi Arabia brings on line no more than two hundred wells per year. Other factors will contribute to prevent the development of shale resources in the rest of the world. One is the absence of private mineral rights in most countries. In the United States, landowners also own the resources under the ground—and have a very strong incentive to lease those rights; in the rest of the world, such resources usually belong to the state, so that landowners often receive nothing from drilling on their lands apart from the damage created by such activity. Also absent outside North America are independent oil companies with a guerrilla-like mind-set, a crucial aspect of the U.S. boom. Until now, the development of shale resources has not proved to be Big Oil’s strength—since shale oil requires companies capable of operating on a small scale, pursuing a number of objectives and leveraging short-term opportunities. Only the United States (and partly Canada) possesses a plethora of such aggressive companies. It is no accident that they have been, and still are, the avatars of the shale revolution. Finally, we don’t even know with any reasonable accuracy either the real size of the shale formations in the world or the cost associated with their development. Indeed, the geology of the United States is by far the best known, explored and assessed with respect to any other country. As a consequence, global shale deposits outside North America are still just a matter of pure speculation. 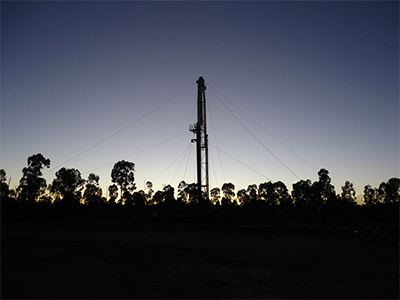