NOTWITHSTANDING UNSETTLING developments in the Middle East, Europe and Asia, the 2012 presidential campaign has failed so far to produce a meaningful foreign-policy debate. To some extent this is understandable; the struggling U.S. economy justifiably preoccupies most voters. Campaign aides thus still advise their candidates that “it’s the economy, stupid,” twenty years after this mantra helped Bill Clinton defeat George H. W. Bush. But ignoring the outside world is dangerous, particularly as we approach today’s major turning point in international relations. Avoiding serious discussion of global affairs puts American security at risk and even threatens our economy because foreign-policy decisions can have powerful economic consequences.

Former governor Mitt Romney has of course criticized President Obama’s foreign policy on a range of issues, including Russia, China, Syria, Iraq and Afghanistan. But he offers little to explain specifically how he would be tougher on Moscow or Beijing, keep troops in Iraq without a status of forces agreement with the Iraqi government or pursue a different course in Afghanistan. At worst, Romney is simply polemical—for example, in his assaults on President Obama’s apologies or his insistence that he would never argue with Israel, including on an Israeli attack on Iran, which could thrust America into war and wreck its economy.

Nevertheless, Romney’s superficial electoral rhetoric should not obscure the fact that Obama and his team provide extensive grounds for criticism in the president’s weak and reactive policy toward the Middle East, his oversold engagement with Russia, his confused and confusing policy in Asia, and his inability to develop a realistic foreign-policy road map. Beyond errors in execution, the administration’s policy also has been sorely lacking in strategy; as a result, Obama’s approach often has permitted domestic politics to trump U.S. national interests, particularly when faced with opposition, as on the issue of Israel’s settlements.

Of course, presidential campaigns rarely provide a good opportunity for serious foreign-policy conversation. Recall Republicans’ 1952 accusations of “cowardly containment” and Democrats’ 1960 charges about the “missile gap.” This is partly structural, in that a sitting president must campaign on actual policy while a challenger seeks votes rather than practical solutions. But two factors make the current situation unique.

First, the absence of responsible conversation about world affairs is not limited to presidential contenders or other elected officials. Since America’s Cold War victory twenty years ago, a near consensus has emerged in the United States, and to some extent in Western Europe, that the Soviet Union’s demise was a historically inevitable manifestation of America’s superior values, way of life, political process and approach to world affairs. America’s international dominance is seen widely as a God-given right that is sustainable at minimal cost regardless of how we exercise our power. And those who question the costs, consequences or longevity of Washington’s interventionist foreign policy are dismissed as lacking pride, confidence and perhaps even patriotism.

Strangely, it is precisely in this area that the two leading foreign-policy schools—liberal interventionism and neoconservative unilateralism—converge. For example, Princeton professor Anne-Marie Slaughter and Washington Post columnist Charles Krauthammer often agree on the need for U.S. intervention abroad. And anyone who follows the media closely knows that when these two groups align, America is headed for an unnecessary war—or at least for serious trouble.

Some voices have challenged the American elite’s foreign-policy groupthink in this magazine as well as in Foreign Affairs and Foreign Policy, but they have not significantly influenced U.S. political discourse. As a result, a dangerous disconnect has emerged between academic discussions and the policy process in which foreign-policy realists have been marginalized. As Henry Kissinger has observed, the United States has become the only country in which being labeled a realist is derogatory.

Second, as the quality of America’s foreign-policy discourse has declined, international trends have become less favorable to the United States. In 1992, when world events seemed to favor America, a lack of foreign-policy focus and discipline may have looked harmless. Paraphrasing Krauthammer, it is not necessarily damaging to take a holiday from history if the holiday is timely and brief. We could withstand a holiday from serious foreign-policy analysis and unflinching self-reflection at the Cold War’s end. But when the holiday becomes to many a normal state of affairs, we put ourselves in peril.

WE NOW are witnessing the return of history in full force. History is unpredictable and starkly at odds with deterministic assumptions about America’s global triumph. When the Soviet Union collapsed, a balancing factor in world politics—however unattractive—disappeared overnight. The United States became the unchallenged global leader by default. To be sure, America already was well positioned to play this role. But Washington’s post–Cold War leadership emerged at least as much from it being sucked into a vacuum as from any strategic plans or policies.

Also, the Soviet empire’s disappearance stirred other nations to visualize new global realities. Globalization, rising energy demand and the information revolution—together with cheap labor—allowed many Third World nations to become emerging powers with increased international aspirations. Their economic success has increased sharply the role of the G-20, which now overshadows the G-8 in world economic discussions. The combined economies of the BRICS (Brazil, Russia, India, China and South Africa) are already three-quarters as large as the total of G-7 economies (the G-8 minus Russia) and are growing at a much faster rate.

In such an environment, U.S. global dominance inevitably will be challenged by new rising powers. Since the Peloponnesian War, extended predominance by one power or one alliance always has led to resistance.

This does not mean the United States is a declining power. The American military has never had such undisputed superiority and reach. According to the International Institute for Strategic Studies, the U.S. defense budget accounts for 45 percent of global defense spending and far exceeds the combined share of the next nine largest spenders, several of which are U.S. allies. America’s advanced technologies, such as drones and precision weapons, provide unprecedented capability to strike targets worldwide with minimal risk of U.S. casualties.

Moreover, the United States and its allies—especially in Europe and Japan—continue to define the rules of the global economy. This is made possible by considerable leverage over international finance and insurance. In addition, rising powers such as China, Russia, Brazil and India harbor significant flaws and problems that limit their international influence. These include corruption, economic distortions, weak governance, poverty and demographic trends. This explains why there is no single challenger to America.

But such limitations shouldn’t obscure the West’s diminished international leadership over the last decade. At precisely the time when assertive challengers have emerged, the United States and the European Union have experienced a loss of credibility due to financial crises and political paralysis.

Importantly, America’s crisis did not stem from forces of nature, global trends or some inevitable historical process. It resulted from decisions made by America’s leaders, without serious scrutiny from the media or public. Another factor was mindless greed among financial manipulators who created elaborate and largely unnecessary products principally for self-enrichment, along with unchecked populism among officials and legislators who interpreted the American dream to mean that anyone should be able to secure credit regardless of income or other circumstances. On top of this, before and after the crisis, representatives of both political parties in the White House and Congress failed to develop effective power-sharing arrangements to produce badly needed results. This polarization dealt a heavy blow to pragmatism, a special hallmark of America’s genius.

Europe’s financial crisis has similar origins in some respects but also is a clear consequence of almost mechanical overreach in pursuing integration and expansion among European elites who disregarded resistance from their citizens, not to mention common sense. Anyone with a basic understanding of macroeconomics should have perceived the hazards in a single currency without a strong central bank, coordinated budgets or meaningful financial regulations.

THESE PAINFUL experiences have produced remarkably little soul-searching in the United States or Europe, either about their decision making or the wider shortcomings in their political systems. On the contrary, U.S. and EU governance failures are coupled with irresistible urges to promote their models worldwide. Western leaders and pundits seem to view major international economic and political issues as morality plays in which the principal actors are on either the right side or the wrong side of history. One does not need to agree with Edward Gibbon that history is “little more than the register of the crimes, follies, and misfortunes of mankind” to see that history’s movements are not linear—or that no political system, no matter how democratic, is appropriate everywhere at all times and under all circumstances. Similarly, while Westerners may grin and bear their “messy democracy” when it fails to produce responsible policies, those outside the West are much less likely to accept this explanation—particularly when the results spill over into economic instability or foreign interventions.

The central topic of American foreign-policy debates should be the reconciliation of America’s legitimate interest in preserving and enhancing the existing international, political and economic order—established in large part by and for the benefit of the United States and its allies—with pressures from other new players seeking greater global roles. But outside the academy and a few policy journals, this strategic conversation is lacking. Instead, national debates swirl around immediate, tactical issues such as Libya, Syria and even Iran, which with or without nuclear weapons will not have the capability to reshape the international system on its own. America’s political elites are paying little or no attention to the changing configurations of global power. 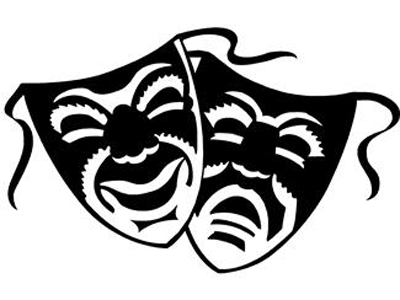 Pullquote: As the quality of America’s foreign-policy discourse has declined, international trends have become less favorable to the United States.Essay Types: The Realist