CONSIDER THE following capsule versions of diametrically opposing views about what it is reasonable for human beings to expect from historical change—or the lack thereof. The first is the work of an Irishman, the mid-twentieth-century poet Ewart Milne, who, having spent the Spanish Civil War delivering medical aid to the Republic, knew something about the subject. “History,” he wrote in “Thinking of Artolas,” “is a cruel country.” Milne’s is surely the traditional view, espoused by most people in most periods. In contrast, the second is unmistakably contemporary, progressive (one might even say revolutionary). It, too, was delivered by an Irishman, in the instance His Excellency John Paul Kavanagh, the permanent representative of Ireland to the United Nations, in 2009 in support of the responsibility to protect (R2P), the new international-security and human-rights norm for determining when and how the world should intervene in the affairs of states abusing their own populations. “If we truly wish to consign genocide, crimes against humanity, war crimes and ethnic cleansing to the history books,” Ambassador Kavanagh insisted, “[instituting this norm] is a path we must take.”

Can there be any doubt about which side of this argument most decent people today would find themselves on? In a world in which pessimism about the human condition is viewed as mere cynicism, the tragic sense of life expressed by Milne reads like willful defeatism, wholly inappropriate to our times, however much it may have applied to the Europe of the 1930s. After all, we live in the age of the fall of Communism, the color revolutions and now the Arab Spring. And aren’t these events, when taken in aggregate, commonly supposed to vindicate Francis Fukuyama’s claim that liberal democracy is the only “legitimate,” “viable” form of government and Michael Ignatieff’s suggestion that in the last half century, there has been a “revolution of moral concern”? Indeed, in such a world, there are no preordained limits on what international society can accomplish. For most of human history, Ambassador Kavanagh’s proclamation would have seemed as nothing so much as a fairy tale. But today, such ambitions not only seem possible, they have become the conventional wisdom of those pondering and forging policy. In Saul Bellow’s inspired phrase, “A great deal of intelligence can be invested in ignorance when the need for illusion is deep.”

The development, dissemination and UN acceptance of R2P is a perfect illustration of both the power of the illusion and the extent of the investment. In the beginning of the year, the Security Council invoked it in Resolutions 1970 and 1973, imposing sanctions on the Libyan regime and authorizing military force to protect civilians from attacks by Muammar el-Qaddafi’s government forces. According to Gareth Evans, the former Australian foreign minister who was one of the principle architects of the doctrine, and who remains one of its most impassioned advocates, the use of R2P set “a hugely important precedent.” A little over a month later, he developed this remark, arguing that the Security Council’s action, and the subsequent military moves against Libyan government forces and military assets, had given “extraordinary new momentum and authority” to R2P, whose implementation in practice had been “far from assured,” despite its having been endorsed by the UN World Summit in 2005, and reaffirmed by the General Assembly in 2009. And then Evans went even further than Ambassador Kavanagh had done, insisting not only that the acceptance of R2P held out the prospect that “genocide, ethnic cleansing and other major crimes against humanity and war crimes can be stopped, once and for all, in our time” but that its implementation in Libya meant that the second half of the journey toward this human-rights promised land was at last under way.

As Mark Twain once said, “Denial ain’t just a river in Egypt.” When Evans speaks of bringing an end to genocide, ethnic cleansing, crimes against humanity and war crimes in our time, he is ostensibly talking about ending the criminal excesses of war. In reality, the project that he is outlining is the end of war itself. Mr. Kellogg, Mr. Briand, call your offices. Sarcasm aside, over the past half century a radical transformation of war has taken place. One need not oversimplify the matter, as, regrettably, the International Committee of the Red Cross (ICRC) did when it argued that whereas in 1914 there were ten military deaths for every civilian one, today there are ten civilian deaths for every military one, to see that a majority of the wars being fought now are intrastate conflicts. This is a (one hopes at least unconsciously) Eurocentric statistic that entirely ignores the fact that so many of the colonial wars of the great European imperial powers were in fact campaigns of extermination. Furthermore, in many battles of today the desired end state is ethnic cleansing—and the method for getting there is terror. Certainly, there is still a distinction to be made between war and war crimes, but whether there is much of a difference is highly questionable.

Despite the ICRC’s determined efforts to deny this, at least some of its delegates will tell you privately that the Geneva Convention, with its rigid distinctions between combatants and noncombatants, simply no longer describes how most of the wars that are going on today are actually being fought. It is a commonplace that in any arena of the law, legal norms that stray too far from reality are more likely than not to eventually fall into desuetude, and in the case of international humanitarian law, the changing nature of war makes this a real possibility, if not in the short then certainly in the medium term. Fearing this, a number of major charitable foundations have held various private meetings over the past decade to discuss how the convention might be at least tweaked to reflect some of the new realities of war fighting. But because they also understand that it is quite unlikely that any revamped mores could be ratified today were they to be presented anew, there is enormous reluctance to reopen the question publicly—for now anyway. Yet Evans and other leading R2P advocates do not see defending the gains of international law that have already been secured as most urgent. Rather than going on the defensive, as the reality of the situation would seem to demand, with R2P they have raised the ante radically, reviving the old utopian project of abolishing war, presented under the flag of convenience of abolishing or preventing war crimes.

AS WITH so many absolutist projects that make up in vehemence what they lack in nuance and realism, it should probably come as no surprise that R2P is a doctrine borne of a combination of institutional crises and guilt, conceived in the offices of then-Secretary-General Kofi Annan on the thirty-eighth floor of the UN in New York and largely fashioned in Ottawa at the International Commission on Intervention and State Sovereignty (ICISS). For Annan, the global failure to respond effectively either to the war in Bosnia or to the Rwandan genocide was both a moral stain and a potentially grave threat to the legitimacy of the UN-based international system. Not unreasonably, he believed that one of the principal reasons for these devastating and tragic failures was the absence of any international consensus over how to reconcile respect for a nation’s sovereignty (on which the international system has been based, at least in theory, since the Peace of Westphalia) with the need for outside “humanitarian intervention.” That somewhat misleading term had been attached to various outside efforts at least since the UN went into Somalia in 1992. At times the armed missions were imbued with the goal of preventing states from systematically committing crimes against their own people—as had been the case with Belgrade’s rule in Kosovo; at others, with stepping in when governments were too weak to prevent such crimes from being committed—as had been the case in Sierra Leone when the Revolutionary United Front guerrillas came close to destroying that country. R2P, which began to take shape in 2000, was an attempt to remedy what had become an ad hoc interventionism.

Already in 1999, Annan had published “Two Concepts of Sovereignty,” an essay in which he argued that whether states liked it or not, globalization was transforming the substance of national sovereignty. The world simply was no longer prepared to stand by “when death and suffering are being inflicted on large numbers of people.” The needed interventions had to be based on what Annan called “legitimate and universal principles.” But these were still sorely lacking. In Kosovo, Annan wrote, a group of states had “intervened without seeking authority from the United Nations Security Council.” In Timor the council had authorized intervention but “only after obtaining an invitation from Indonesia.” And then there was Rwanda, where “the international community stands accused of doing too little, too late.”

The secretary-general could not act directly; too many member states, particularly among the G-77 countries of the developing world, would have been outraged. Instead, he wisely chose to approach the Canadian government to see if it would sponsor a study that could begin to develop an acceptable new norm. In early 2000, he asked David M. Malone, formerly Canada’s number two at the UN and at the time head of the International Peace Academy in New York, to convene a Canadian-funded private meeting of leading specialists in international legal affairs to see whether criteria for intervention (if only of a preventive nature) could be developed that would command a wide consensus among UN member states. But the group failed to reach agreement. It was after that failure that Malone, Lloyd Axworthy, then Canada’s foreign minister, and Robert Fowler and Paul Heinbecker, the outgoing and incoming Canadian permanent representatives to the UN, decided that Canada would take a more ambitious (and more public) approach, launching the ICISS, chaired by Gareth Evans and the distinguished Algerian diplomat Mohamed Sahnoun. The report they issued a year later was called The Responsibility to Protect. Its central theme was that “sovereign states have a responsibility to protect their own citizens from avoidable catastrophe . . . but that when they are unwilling or unable to do so, that responsibility must be borne by the broader community of states.” 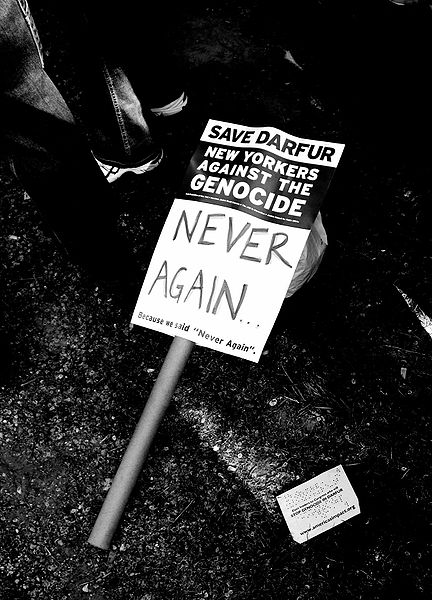