The Best Defense is a Good Offense for China's Navy 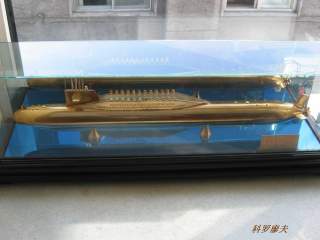 Western analysts are fond of describing Chinese foreign policy in terms of the Great Wall. Built to halt incursions along China's northern frontier, the wall was clearly meant for defensive purposes. When they deploy the Great Wall metaphor, Western commentators thus imply that China will content itself with defensive ends and means, more or less permanently.

The unspoken assumption that Beijing will remain on the defensive has tangible consequences for U.S. policy and military strategy in East Asia. It bears reexamining, lest Washington mistake Beijing's actions.

In The Great Wall and the Empty Fortress, for example, Robert Ross and Andrew Nathan declare that China has adopted a "Great Wall strategy" derived from "the perception that one controls territory by surrounding it." Beijing's military strategy, say Ross and Nathan, "is one of protracted defensive resistance" which concedes that likely opponents will have pronounced edges in "mobility, concentrated force, and explosive violence."

Will China apply this Great Wall logic to nearby waters? If it attempts to "surround" and control these waters, will Beijing adopt defensive strategies and tactics? Yes, say Ross and Nathan. American naval mastery leaves China no alternative: "The United States possesses strategic superiority throughout Asia. Its navy faces no challenger," least of all China's.

Bernard Cole, the author of The Great Wall at Sea: China's Navy Enters the Twenty-first Century, likewise predicts that military weakness will force Beijing onto the defensive. Just as Britain's Royal Navy once had to worry about the menace to its battleships from German torpedoes-even in its home waters-so the Chinese navy has to worry about the safety of its warships if they venture beyond China's territorial seas. Declares Cole, the Chinese navy is capable of "nothing more than expanded coastal defense," unable to defend the sea lines of communication outside China's immediate environs.

These analysts see little reason to expect China, historically a continental power, to turn its attentions seaward. But their predictions of Chinese passivity do not hold up under scrutiny. To see why not, consult Mao Zedong, who inscribed his distinctive strategic outlook on contemporary China through his writings on political and military affairs.

Mao scorned the notion of passive defense, "a spurious kind of defense," insisting instead that "the only real defense is active defense." By this he meant "defense for the purpose of counter-attacking and taking the offensive." For Mao, even defensive aims were best attained by offensive means. "Protracted defensive resistance," as envisaged by Ross and Nathan, was at most a temporary expedient-not the core of China's national military strategy.

That goes for sea as well as land combat. Taking their cue from Mao, Chinese strategists routinely talk of "offshore active defense," a strategy predicated on wresting control of the waters within the "first island chain"-roughly speaking, the series of islands that parallels China's coastlines, from the Ryukyus through Taiwan through the northern Philippines-from the U.S. Navy. And they intend to do so by offensive means.

What does offshore active defense mean in practice? The concept of "sea denial"-a critical tenet of sea power-supplies perhaps the best indicator of the future of Chinese maritime strategy. A navy intent on sea denial seeks to establish conditions that deter or prevent an adversary from operating within a given nautical expanse for an extended period of time.

The Chinese military already possesses or plans to acquire the capabilities needed to execute a sea-denial strategy. Since the early 1990s, China has embarked on an arms buying spree from Russia while pressing ahead with its own indigenous programs. The result: a leap in offensive combat power.

Today China's order of battle boasts platforms well suited for sea denial, including sophisticated destroyers, submarines, ballistic and cruise missiles, and naval fighter/attack aircraft. If they package these assets wisely and develop the requisite tactical proficiency, the Chinese will gain confidence in their ability to at least give pause to any foreign power that contemplates hostile entry into their littoral waters.

Why would China want to deny access to foreign powers within the first island chain? In recent years Chinese strategists have taken to extolling the virtues of "absolute control" over the nation's maritime periphery. China's economic well-being relies increasingly on shipborne deliveries of Middle East oil and gas. As its ideological appeal declines, the Communist Party has staked its political survival on improving the standard of living for Chinese citizens.

While Beijing has thus far relied on American guarantees of freedom on the high seas to safeguard vital seagoing traffic, it is less and less willing to free ride. What great power would entrust its vital interests to a foreign power if it had the wherewithal to fend for itself? No clear-headed Chinese statesman would count on American goodwill indefinitely, given the erratic course of Sino-U.S. relations.

Like Ross, Nathan, and Cole, American military officials habitually deprecate China's naval prowess. For them it is a virtual article of faith that America will continue to rule the waves indefinitely. Worrisome trends in Chinese strategic thought and capabilities should dampen such confidence, which verges on hubris. It is high time to rethink the hypothesis that the United States will effortlessly dominate the seas near China, a rising great power.

Premised as it is on the notion of perpetual Chinese inferiority at sea, the conventional wisdom concerning Chinese naval power is out of sync with emerging realities. Beijing is not fated to remain on the defensive at sea, any more than it was fated to remain on the defensive ashore during the Mao Zedong era. If it takes China lightly, the United States may one day find itself walled out of East Asian waterways.

James Holmes is a senior research associate at the University of Georgia Center for International Trade and Security and an international-affairs instructor in the University's Honors Program. Toshi Yoshihara is a visiting professor of strategy at the U.S. Air War College and a senior research fellow at the Institute for Foreign Policy Analysis. The views expressed here are not necessarily those of the U.S. Air Force or the U.S. Department of Defense.