IN 1958, after the Republican Party suffered a stinging defeat in the midterm elections that compounded the 1954 loss of its briefly held control of Congress, Whittaker Chambers sent a letter to William F. Buckley Jr. Buckley, who had founded National Review three years earlier, was trying to create a conservative insurgency. Like many other conservatives, including Ronald Reagan, he revered Chambers for his searing break with Communism and his exposure of Alger Hiss as a Soviet agent, which he chronicled in his memoir Witness. Chambers had warned the youthful Buckley against consorting with the radical Right, arguing that politicians such as Senator Joseph McCarthy discredited rather than bolstered a fledgling conservative movement. Now Chambers diagnosed the woes of the GOP:

If the Republican Party cannot get some grip of the actual world we live in, and from it generalize and actively promote a program that means something to masses of people—why, somebody else will. There will be nothing to argue. The voters will simply vote Republicans into singularity. The Republican Party will become like one of those dark little shops which apparently never sell anything. If, for any reason, you go in, you find, at the back, an old man, fingering for his own pleasure some oddments of cloth. Nobody wants to buy them, which is fine because the old man is not really interested in selling. He just likes to hold and to feel.

If this sounds familiar, it should. Then, as now, the GOP faced an identity crisis. Then, as now, ideologues attacked pragmatists. In the late 1950s, the trends seemed clear enough. Though the Democrats went into the 1958 election already controlling Congress, they won a historically unprecedented fifteen seats in the Senate (including two in a special election upon Alaska’s statehood) as well as forty-nine additional seats in the House of Representatives. When the newly elected Eighty-Sixth Congress started its first session in 1959, the Democrats enjoyed a thirty-seat majority in the Senate and a 130-seat majority in the House. Republicans also lost thirteen of twenty-one gubernatorial elections.

At the time, analysts attributed the outcome to several factors, including a recession, intra-Republican divisions and the Soviet Union’s successful Sputnik satellite launch, which Democrats used to attack President Dwight Eisenhower. But the GOP’s message also had clearly fallen short. After the election, the political scientist Frank Jonas, an expert on the western states, pointed to the superficiality of Republican candidates’ “glittering generalities” and appeals to “faith and freedom” when voters were more interested in “their stomachs and their pocketbooks.” Rather than “recognizing and meeting issues which arise from the needs and desires of the people,” he wrote, “gimmicks were invented and straw men set up.”

Since then, Chambers’s view has been confirmed again and again. It occurred most immediately and dramatically in Barry Goldwater’s dismal showing in 1964. And it was repeated in congressional elections over the subsequent decades. As MSNBC commentator and former Republican House member Joe Scarborough has recently written in his book The Right Path:

In the early 1950s the Republicans began a gradual but unmistakable shift from being a political institution that was a pragmatic collection of various factions to being an ideological institution that would, when at its very worst, choose nominees in state and national elections who could check every box required to advance an ideological agenda except one: winning.

In fact, a dispirited Republican Party struggled to define an agenda throughout the 1960s and would not win control of the Senate until 1980. Republicans would not prevail in the House until the revolution of 1994. Though Republican Richard Nixon was seen as the biggest loser of the 1958 election—an assessment strengthened by his 1960 defeat, which he discussed at length in his book Six Crises—he absorbed the political lessons of these losses as well as Goldwater’s and won the presidency in 1968. Nevertheless, neither Nixon’s election nor his landslide reelection in 1972 would significantly shape the Democrat-dominated Congress. The GOP’s later success on Capitol Hill took place only after a fresh generation of conservatives had emerged, with a new agenda and message.

ONCE AGAIN, Republicans are energetically debating the reasons underlying the GOP’s recent electoral losses. In the aftermath of what then president George W. Bush memorably described as the party’s 2006 midterm “thumping” in the Senate and the House of Representatives, followed by President Barack Obama’s 2008 and 2012 presidential election victories, the GOP is engaged in a fresh bout of soul searching. Yet even after seven years, not to mention losing the popular vote in five of the last six presidential elections, neither leaders nor rank-and-file Republicans have managed to agree on the causes or cures of the party’s troubles, even as a new election looms.

Obama may have handed the GOP a powerful campaign issue in 2014 with Obamacare’s many problems, but party leaders should not allow optimism about 2014 to short-circuit Republicans’ continuing reflection. Obamacare can hardly form the basis of a political strategy beyond this fall. Without corrective action, the Republican Party may face yet another defeat in 2016. Still, there is a clear path that the GOP can follow to regain its former luster.

Finding the way ahead requires an honest assessment of where the Republican Party stands today. In fairness, much of the speculation is overblown—voters’ rejection of the war in Iraq, the 2008 financial crisis and a few weak but high-profile Republican candidates do not necessarily add up to a struggling party. Further, there is no shortage of commentators who have a vested interest in generating a sense of crisis, including ratings-driven media outlets, liberal activists and pundits rallying their own supporters, and political insurgents seeking to overturn the GOP’s established hierarchy to win roles for themselves and the candidates they support.

Still, it would be reckless to wave away the divisions inside the party. They exist, they are serious and they could bring it down. The Tea Party faction has crystallized widespread disenchantment with the mainstream Republican Party—and fear of the Democrats’ policy agenda—to raise millions of dollars and mobilize millions of voters. Though sympathy with the Tea Party faction in the GOP has fallen sharply, some 38 percent of Republicans continue to support it, according to a fall 2013 Gallup poll. The movement has also had a demonstrable impact, moving taxes and spending to the top of the national political agenda and contributing to major confrontations over Obama’s health-care law, the budget and the debt ceiling in the process. Perhaps most important to Republican politicians and Republican-leaning donors, Tea Party activists have demonstrated that they can defeat long-term incumbent GOP legislators. To paraphrase the eighteenth-century English essayist Samuel Johnson, the prospect of losing a primary election concentrates the mind wonderfully. It has visibly shaped the conduct of many Republicans on Capitol Hill.

What the Tea Party movement really represents is less clear, though some of its self-appointed leaders profess great ambitions. Speaking during the fall 2013 dispute over the debt ceiling, Matt Kibbe, president of the Tea Party group FreedomWorks, argued that the Republican Party was experiencing “a disintermediation in politics” in which “grassroots activists have an ability to self-organize, to fund candidates they’re more interested in, going right around the Republican National Committee.” Party leaders want to control this but can’t, he continued, and if they keep trying “there will absolutely be a split” in which Kibbe and his allies “take over the Republican Party” and the party establishment and its supporters “go the way of the Whigs.”

This is grandiose language. But while the Tea Party may have emerged as a self-organized movement, it seems much less so today. Now FreedomWorks and similar groups are commonly led by professional political operatives and funded by wealthy donors as well as the ordinary individuals who first defined the Tea Party, a combination that allows them to employ sophisticated and expensive methods to expand their organizations and increase influence. Whether one interprets this change as a necessary step in the Tea Party’s maturation or, conversely, as evidence of its capture by a new segment within America’s political establishment is a matter of perspective. Michael Medved and John Podhoretz, for example, suggest the latter in Commentary, writing that “the incentive to engineer and profit from conflict is even greater for those who are not running for office but who are making a name and an increasingly good living”—“a new class of political activists” that is “remarkably entrepreneurial” and “aggressively seeks marketing opportunities.”

On the other hand, could Tea Party voters have had a similarly significant and sustained role without this new class? Probably not. The activist-operatives provide a critical link between political leaders and a national constituency without which neither could be as effective. Senator Ted Cruz and other politicians identified with the Tea Party have had outsized impact in no small part because they have appeared to be riding a rising wave—and sympathetic voters are empowered by organizations that are far more well connected than most grassroots groups could hope to be. 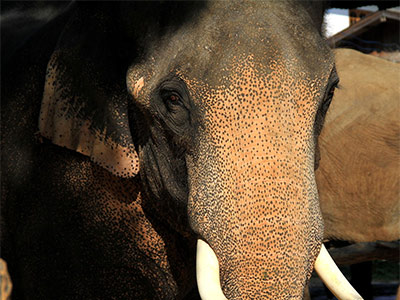