The Next American Majority AMERICA’S CHANGING demographics, long a delicate topic, have become an increasingly prominent part of national political debate. The subject’s prominence was assured when President Barack Obama won reelection with less than 40 percent of the white vote in 2012. It quickly became conventional wisdom that Mitt Romney had antagonized Hispanic voters by proposing that illegal aliens engage in “self-deportation” and that the Republican Party was committing political suicide by catering to a shrinking white voter base. Leading Republican strategists such as Karl Rove urged the GOP to change course. Writing in the Wall Street Journal, Rove announced: “If the GOP leaves nonwhite voters to the Democrats, then its margins in safe congressional districts and red states will dwindle—not overnight, but over years and decades.” Rove pointed to a Georgia county where a 339 percent increase in the Hispanic population was accompanied by a drop in the Republican share of the presidential vote—from 66.4 percent in 2000 to 51.2 percent in 2012.

One result of Obama’s victory was to rejuvenate the cause of reforming U.S. immigration law. Within five months of Obama’s second inauguration, the Senate approved legislation that would place eleven million illegal aliens on a “path to citizenship,” and, in order to dampen demand for undocumented labor, would greatly increase the flow of legal immigrants and guest workers. The legislation would also increase spending to secure the border. The ensuing debate over immigration reform, like the postmortem on the presidential election, has been dominated by the theme of changing demographics. When Jorge Ramos, the news anchor for the country’s largest Spanish-language broadcast network, was interviewed about the Senate bill on National Public Radio, he said:

If Latinos perceive that Republicans are to blame for the absence of immigration reform, I think Republicans are going to pay the price for that. . . . You know, the Hispanic population will triple to 150 million in less than 40 years. . . . Republicans better understand that this is a different country, that we are in the middle of a truly, truly demographic revolution. Latinos are changing the way we speak, the way we dance, the way we do politics in this country, the way we vote.

His partisan political analysis aside, Ramos was not wrong about the “demographic revolution.” In 1950, European immigrants and their descendants made up nearly 90 percent of the U.S. population. Since then, “non-Hispanic whites,” according to the 2010 census, have fallen to 64 percent of the population. The Census Bureau’s “2012 National Population Projections” predicts that their share will drop below 50 percent in the 2040s.

Rove and Ramos speak as though this development were a law of nature. It is not. Instead, the laws of Congress, and their selective enforcement by the executive branch, have driven the demographic revolution. Though Hispanics certainly enjoy a higher birthrate than non-Hispanic whites—more than a third higher, according to the “2010 National Vital Statistics Report” of the Department of Health and Human Services—the demographic change has been propelled most by unprecedented levels of legal and illegal immigration in recent decades. The Department of Homeland Security’s “2011 Yearbook of Immigration Statistics” reports that legal immigration increased from 320,000 to 1,030,000 per annum between the 1960s and the 2000s. Today, small nations like Haiti, El Salvador and the Dominican Republic send more immigrants than any European nation.

Based on these immigration and fertility trends, the “2012 National Population Projections” estimates that the “Hispanic-origin” population will nearly double from 17 percent of the population in 2012 to 31 percent in 2060. Buried in the government’s projections is an even more profound observation, that “after 2020 the Hispanic population is projected to add more people to the United States every year than would all other race/ethnic groups combined.” In other words, if current immigration and fertility trends continue, the United States will eventually become a majority-Hispanic nation, perhaps before the end of this century. In California, our most populous state, births to Hispanic mothers already outnumber births to all other ethnic groups combined. Texas, our second most populous state, will shortly follow suit. Ironically, while our current immigration policies are thought to increase diversity, in the long run they may simply replace one ethnic majority with another.

IMMIGRATION IS a complex subject, but the history of U.S. immigration law can be summarized in a single paragraph. From independence until the end of World War I, immigration was virtually unrestricted, with the exception of limits on immigration from a few countries (notably China) and on certain “undesirables” (e.g., prostitutes and mendicants). In the 1920s, immigration was harshly curtailed by imposing “quotas” on Eastern Hemisphere countries in proportion to the turn-of-the-century ethnic composition of the United States. The national quota system effectively discriminated against Asian immigration, and largely for that reason it was replaced in 1965 with the current system, which assigns the same numerical limit to every country (with extra slots for Canada and Mexico).

The 1965 law reserved most immigrant visas for aliens sponsored by a U.S. relative. If the system limited sponsorship to members of the family that produced the sponsor (parents and siblings) or of the family that the sponsor produced (spouse and children), the amount of immigration triggered by a single citizen would be limited. However, because relations from both families can be sponsored, a citizen can initiate an unending chain of visa eligibility: a naturalized immigrant might sponsor his parents, his unmarried siblings and a spouse; each of the siblings might sponsor a spouse from the home country; the spouses of the sponsor and his siblings might sponsor their own parents and unmarried siblings; and so on.

The 1965 legal-immigration reforms occurred just as migration patterns of illegal workers from Mexico began to shift, with more bringing their families and fewer returning home. In 1986, Congress enacted financial and criminal sanctions against employers who failed to request work-eligibility documents from new hires. To win the support of immigrant-advocacy groups and businesses with illegal aliens on their payrolls, approximately 2.8 million undocumented aliens were legalized.

In the meantime, the family-chain migration system instituted by the 1965 reforms had generated long waiting lists for visas. In 1990, Congress sought to shorten the wait with a 40 percent increase in the number of visas. Of course, as soon as the recipients of these additional visas became eligible to sponsor other relatives left behind, waiting lists would begin to grow again. As part of the 1990 law, Congress also mandated the formation of the bipartisan U.S. Commission on Immigration Reform to recommend a longer-term solution.

Most of the commission’s work was carried out by the National Academy of Sciences under the direction of Barbara Jordan (the first African American woman elected to Congress from the South), who was appointed to chair the commission by President Bill Clinton. Relying upon research by the National Academy of Sciences, the commission found that the high levels of immigration since the 1960s, partly fueled by family-chain migration, were depressing the wages of low-skilled Americans. The commission’s 1997 report, “Becoming an American,” proposed annual ceilings of four hundred thousand visas for spouses, children and parents of citizens and 150,000 visas for aliens with exceptional skills and refugees, effectively cutting legal immigration in half. As is often the case with recommendations of expert bipartisan commissions, nothing happened.

Although primarily tasked with reforming legal immigration, the Jordan commission also addressed the vexed issue of illegal immigration. The 1986 employer-sanctions provisions had proven ineffective given the ease of securing counterfeit work-eligibility documents, and within ten years there were even more illegal aliens in the United States than in 1986. The Jordan commission, for its part, concluded that another legalization program would only make matters worse and instead recommended that employers be required to verify each new employee’s Social Security number by telephone or over the Internet.

This E-Verify system, although easy to use, has been resisted by business lobbyists, in part because employers are already required to furnish employee Social Security numbers to the Internal Revenue Service, which shares them with the Social Security Administration. Owing to bureaucratic politics within the executive branch and between congressional committees, this information is not shared with immigration-enforcement agencies, forcing employers to confirm the validity of the numbers a second time to avoid immigration penalties.

THROUGHOUT THE history of American immigration legislation, starting with pre–Revolutionary War laws on importing indentured servants and slaves, the paramount influence on the legislative process has been business interests. The avidity of business for more labor is obvious: it kept wages from rising and labor from organizing. Until the formation of national unions in the twentieth century, the labor interest was represented in the legislative process by those whom we would today call “progressives”—members of the middle and upper classes who opposed on moral grounds the use of child labor and immigrant workers to depress wages and break up unions. In 1895, Booker T. Washington delivered the following plea to attendees at the Cotton States and International Exposition in Atlanta: 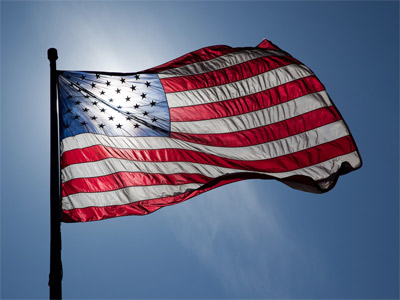 Pullquote: Why is a nation confronted with a collapsing infrastructure, declining wages and widespread unemployment on the verge of sanctioning the largest wave of legal immigration in its history?Essay Types: Essay