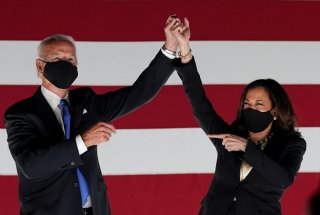 Biden has an eleven-point advantage over the president, with Biden at 51 percent compared to Trump’s 40 percent among registered voters, according to a new Economist/YouGov poll.

Another poll conducted by Quinnipiac University mirrored the results from the Economist/YouGov poll, as Biden holds another double-digit lead. The poll, taken after the Republican National Convention, revealed that Biden had 52 percent of support to Trump’s 42 percent.

The Quinnipiac poll—the polling institute’s first of the 2020 presidential race—suggested that the coronavirus remains a top concern among voters, as a majority of likely voters, or 57 percent, disapprove of Trump’s handling of the ongoing coronavirus pandemic, while only 41 percent of respondents said they approve of how he’s handled it.

The poll results come as media outlets and other polls report that the race for the White House bid is tightening.

According to RealClearPolitics average polling data, Biden has hovered around a 6 to 7 point lead for most of August. In July, however, Biden towered over Trump by 8 to 9 points, showing a more competitive race as election day grows closer.