Donald Trump's Stimulus Gambit Could Cost Him the Election 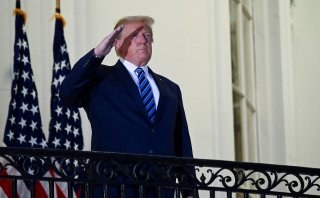 In announcing that he was summarily ending stimulus talks, President Donald J. Trump just dealt a further blow to his struggling reelection effort.

“I have instructed my representatives to stop negotiating until after the election when, immediately after I win, we will pass a major Stimulus Bill that focuses on hardworking Americans and Small Business," Trump tweeted. The problem is that the economy continues to struggle with unemployment at 7.9 percent and the pandemic far from solved. Trump campaigned in 2016 as someone who would be a deal maker and stop at nothing to boost the economy. This action flies in the face of those promises.

Signs of a softening economy are everywhere. The airline industry is laying off 30,000 workers. Regal Cinemas is closing 536 theaters. Small wonder Fed chair Jerome Powell is sounding alarms about the economy and the pandemic. Today he spoke to the National Association for Business Economics. “A second wave of coronavirus could "more significantly limit economic activity, not to mention the tragic effects on lives and well-being," Powell said. "Managing this risk as the expansion continues will require following medical experts' guidance, including using masks and social-distancing measures."

Trump doesn’t seem to get it. He’s declaring that the economy is fine and dandy and, moreover, that the coronavirus is basically defeated. If polls are anything to go by, he is taking a beating for his insouciance. A new CNN poll has him no less than 16 points behind Joe Biden.

Some Democrats who are running in conservative-leaning House districts make suffer for the adamantine negotiating position adopted by House Speaker Nancy Pelosi. Democrats were holding out for a $2.6 trillion package. Still, there was room for compromise. “Clearly, the White House is in complete disarray,” Pelosi said. Trump in severing the ongoing talks will shoulder much of the blame. There was no reason to do so.

Trump may think he looks decisive but his decision was impulsive and ill-advised. What’s the strategy behind his move?  He could simply have let the negotiations drag on if he didn’t want to sign a bill. Biden and Pelosi are certain to seize upon the fresh opening he has handed them. The ads pretty much write themselves. If Trump wanted to around further opposition to his presidency and stir up the Democratic base, he couldn’t think up a better strategy than looking like a callous plutocrat indifferent to the millions of jobless whose benefits have expired.

Image: U.S. President Donald Trump salutes as he poses without a face mask on the Truman Balcony of the White House after returning from being hospitalized at Walter Reed Medical Center for coronavirus disease (COVID-19) treatment, in Washington, U.S. October 5, 2020. REUTERS/Erin Scott/File Photo