Election 2020: Why Battleground State Polls Had it Wrong, Again 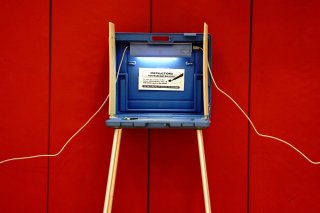 If voters had just depended on the general election polls, then they would have seen a landslide for Democratic nominee Joe Biden.

The RealClearPolitics national polling average posted Biden ahead by 7.2 percent over President Donald Trump as of Nov. 3, which indicated a swift victory for the former vice-president. Now, Biden clings a national vote lead of less than 3 percent.

In crucial, battleground state pre-election polls, Biden also clinched a widespread advantage over the president, as he led by 4.2 percent in Michigan and 6.7 percent in Wisconsin. Although Biden is projected to win the Badger State, the New York Times reported that he sealed the deal by less than one percent of the popular vote. Michigan still remains to be uncalled, but the race is definitely a nail biter.

In states with an even closer race to the White House including Pennsylvania and Florida, the RealClearPolitics polling averages for each of the states revealed Biden with a narrow edge over Trump as of Nov. 3. Fast forward to post-Election Day, and Trump is dominating the Pennsylvania vote by more than 6 percent and narrowly won the Sunshine State by roughly three percent.

So why did state and national polls make voters believe Biden would sail to victory on or close after Election Day?

“It’s hard to comment on how big the polling misses were in these states until we know what the final vote disposition will be, but likely, Trump’s support will have been underestimated, particularly in Michigan and Wisconsin,” Joshua Dyck, an associate professor of political science at the University of Massachusetts Lowell, said. “This is particularly troubling as these are states that were at the center of the polling controversy in 2016 and pollsters made concerted efforts to improve polling efforts in 2020—more polls, more resources, better weighting and methods.”

In 2016, then-Democratic nominee Hillary Clinton held a 6.3 percent lead in Michigan over Trump on Election Day and a 5.4 percent edge in Wisconsin. But both states decided to go red in the 2016 presidential election.

For a second time, state polls have misjudged Trump’s strong voter base in states that have been traditionally blue for several years.

Some political science experts attribute the inaccuracy in the polls to low response rates and general pollster assumptions.

“Less than one in five of randomly sampled voters typically answer a survey, and in some cases response rates are even lower than this,” Donald P. Green, author and political science professor at Columbia University, said. “If people from one party tend to respond to polls at higher rates than people from the other party, the polls may give a distorted picture of voter preferences.”

Green also added that pollsters tend to “make guesses” regarding “who will actually cast a vote” based on survey participant responses about their “likelihood of voting.”

“If those guesses are wrong, polls may again understate the numbers of voters from one party,” Green added.

But Dyck, the director of the Center for Public Opinion at UMass Lowell, emphasized that it’s important to note the “value of a poll.” Polls serve to convey voters’ concerns, rather than predict election results.

“Polls can tell Americans what issues are important in a campaign, which issues are resonating, and also when particular campaigns are close. But we are learning more and more that when many organizations approach polling with many different methodologies, it is becoming increasingly problematic to try to make a single statement about the polls’ collective wisdom,” Dyck said.

The UMass Lowell professor worries that non-partisan pollsters may “retreat” after boiling under scrutiny once the 2020 presidential election is over, citing the Pew Research Center and Gallup polls moves to halt election polls after bruising the 2012 election cycle when their polls were farther off and didn’t match predictions of other polls.

“Pollsters need to become more transparent and Americans and media need to become better poll consumers,” Dyck said. “A key part of that is moving away from the desire to distill numbers into simple stories of who’s ahead, who’s behind and not to properly characterize a poll’s uncertainty.”