Forget Court Packing: Only Term Limits Can Save The Supreme Court 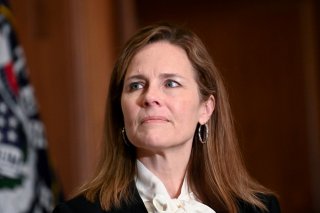 Setting term limits for the justices on the Supreme Court is a much better way to respond to the expected confirmation of Judge Amy Coney Barrett than packing the court. Many who recommend term limits suggest that each term should last eighteen years. Justices’ terms would be staggered so that there would an equal number of openings during each presidential term. Such a plan would reduce the role of fortune in determining how many justices a president nominates, and the political parties would no longer be tempted to resort to all-out war every time a justice leaves the court, as their departures would be mandated and fairly distributed.

Term limits “would also eliminate the incentive for presidents to pick young and relatively inexperienced judges” just to try to prolong their time on the high court. “And leaders from both parties could tell their voters that they have ensured that the other side will never again get a lifetime appointment,” as stated in a Washington Post editorial. Steven G. Calabresi, a law professor at Northwestern, adds, “In the case of early retirements or deaths, the president would nominate and the Senate would conﬁrm a replacement to ﬁll out the unexpired term with no possibility of reappointment.”

When the founders were debating the Constitution and seeking to create an independent judiciary, they determined that lifetime appointments would be beneficial, helping to protect both judges and the Constitution from political influence that might undermine them. “But many now believe that the pendulum swung too far the other way, with a high court too reflective of past political fights and thus unresponsive to contemporary realities,” as Ilya Shapiro, Director of the Robert A. Levy Center for Constitutional Studies at the Cato Institute, wrote in the Atlantic.

The main shortcoming of the often-suggested implementation of term limits is that it will leave the current court in place, possibly for a decade or more, because the currently sitting justices would retain their lifetime appointments. This would leave in place a court many believe includes a justice who was appointed in an illegitimate way, who is expected to vote to undo health care rights (by demolishing Obamacare) and women’s rights (by overturning Roe v. Wade), as well as play a key role in tilting the results of future elections in favor of Republicans.

For this reason, some advocate for packing the court. However, packing the court will make it difficult for the court to function smoothly. Imagine consensus building with fifteen members. If the Supreme Court would have different judges ruling on different matters, that would create a lot of tension in terms of what is assigned to which panel of justices. And the GOP may well come back in the future and pack or repack the court some more, turning its composition into even more of a political arena than it now is.

The way out of these difficulties is to make the terms limits retroactive. Such a law would immediately end the term of one liberal justice, Stephen Breyer, who was appointed in 1994, and a conservative justice, Clarence Thomas, who was appointed in 1991. This would allow President Joe Biden to appoint two liberal judges, which would still leave a conservative majority, but of the kind we have had recently, with a five to four makeup, rather than the six to three configuration that Coney Barrett’s confirmation is expected to cement. Chief Justice John Roberts could continue to provide glimpses of some kind of political balance by occasionally siding with the liberals.

One may argue that there is a strong norm against introducing laws that take effect retroactively. However, given the extremely unfair way the Republicans blocked the nomination of Merrick Garland and the way they are rushing through the appointment of Amy Coney Barrett, this seems merely to balance the books.

Beyond the number, there is a voice issue. The death of Justice Ruth Bader Ginsburg left the Supreme Court not merely short of one liberal vote but also deprived of a powerful justice and persona. No one has ever charged Justice Breyer with these qualities. Hence, if Biden is able to replace him, he could appoint a liberal with a strong voice, so that liberal Americans feel that at least they have been heard, even in cases in which their views still will not be heeded.