Joe Biden Says He Will Raise Taxes for Anyone Making More Than $400,000 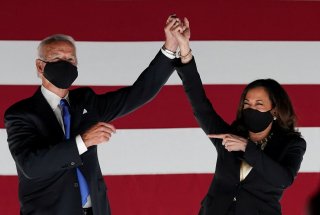 Democratic presidential nominee Joe Biden and his running mate Senator Kamala Harris (D-California) appeared in their first joint interview, with the former vice president saying everyone should pay “their fair share” and that he will raise taxes on Americans who make more than $400,000 if elected in November.

Biden also said businesses that bring in “close to a trillion dollars and pay no tax at all” will see a tax hike.

When Biden noted that he’d raise taxes on businesses, Muir questioned this policy, as most businesses have shuttered or struggled financially because of the impacts of the pandemic.

“Is it smart to tax businesses while you’re trying to recover?” Muir asked.

“It’s smart to tax businesses that in fact are making excessive amounts of money and paying no taxes,” Biden responded.

Although Biden has towered in national polls over President Donald Trump, some polls have revealed greater favorability and confidence in Trump’s handling of the economy. The president has warned in the past that Biden’s tax policy would create the “biggest tax increase in history.”

In the interview, Biden emphasized that small businesses or individuals who make $400,000 per year or less won’t experience any new taxes.

Biden’s tax policies would boost tax revenue by about $3.8 trillion over the next 10 years, according to an economic analysis conducted by the Tax Foundation. The Foundation noted, however, the spike in taxes would only bring in about $3.2 trillion in actuality “when accounting for macroeconomic feedback effects.”