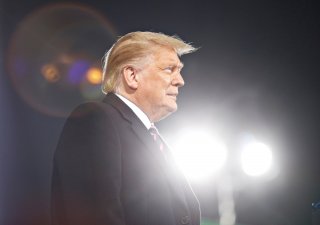 President Donald Trump holds a narrow edge over Democratic nominee Joe Biden among likely voters in Arizona and Florida, according to new polls of the two states that the president won in 2016.

The most recent Washington Post-ABC News poll released Wednesday shows Trump leading Biden among likely voters in Arizona, 49 percent to 48 percent—an advantage that lands within the survey’s margin of error.

The other Washington Post-ABC News poll reported that 51 percent of Florida likely voters back Trump, while 47 percent support Biden. This 4 percent lead also falls within the margin of error for Florida’s polling data.

The poll also discovered a tight race for the Senate seat in Arizona among likely voters, with Democrat Mark Kelly at 49 percent and Sen. Martha McSally (R) at 48 percent.

According to the RealClearPolitics average of Arizona’s polls as of Sept. 23, Biden holds a 4.4 percent edge over the president. A New York Times-Siena College poll released last week indicated Biden ahead by 9 percent in Arizona, however most of the state’s polling data suggest a tight, competitive race.

In Florida—a battleground state that Trump narrowly won in 2016—the RealClearPolitics polling average of the state’s surveys as of Sept. 23 indicated a tight lead for Biden at just 1.5 percent. Polls conducted in the Sunshine State have presented a rigid race for the two candidates, as surveys show the race either at a statistical tie or with Biden ahead by two or three points.