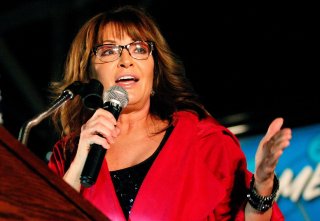 Joe Biden’s choice of a running mate may be the most important decision he makes during the 2020 presidential campaign. While every White House hopeful looks for someone who can improve the ticket’s odds in November, the morbid reality is that the presumptive Democratic nominee’s age means voters will need more confidence than usual in his understudy’s readiness to assume the presidency.

Biden will turn 78 less than three weeks after Election Day. That means he will be older when he takes office than Ronald Reagan was when he left the White House. He would also be older at the beginning of a hypothetical first term than President Trump would be at the end of a second term. Trump and Reagan are the two oldest U.S. presidents in history.

That’s not the only challenge Biden will face in choosing a potential vice president. If he tries to balance the ticket ideologically, making a logical play to shore up his support among progressives, independents may worry he will be succeeded either during his term or afterward by someone too far to the left. If Biden doubles down with another relative centrist, liberals who thought they were just temporarily delaying their party’s leftward lurch to defeat Trump in this one election may feel sold out or demoralized. Whichever faction he selects from, Biden could use someone who is not another elderly white male

Another recent presidential nominee from the other side of the aisle confronted similar dilemmas in his running mate choice. In 2008, John McCain turned 72 before the election and had a history of cancer. So he needed his vice presidential pick to be younger than him. It would therefore also have been helpful for the number two spot on the Republican ticket to have the executive experience the longtime Arizona senator lacked. McCain was distrusted by many conservatives, so he needed a running mate to his right. Running against Barack Obama, a woman or person of color would have been a real asset. But the person had to hold a position where this would not smack of tokenism.

Once McCain went through this whole list, he had eliminated most of the realistic Republican vice presidential prospects. He settled on Sarah Palin, who did indeed check all the boxes: a younger conservative woman who was governor of Alaska. After a star turn at the Republican National Convention, it looked like a political masterstroke. A few network television interviews later, the choice of Palin seemed less inspired.

McCain was running after two terms of a Republican president associated with the Iraq war, a botched federal response to Hurricane Katrina and the financial meltdown that preceded the Great Recession, so he always faced long odds. Palin was a bit of a Hail Mary. But Biden finds himself in a winnable race — which adds to the pressure to make sure his running mate would be a suitable successor if tragedy strikes.

Diversity, ideological balance, relative youth, and executive experience are all worthwhile factors for Biden to consider. But McCain’s Palin gambit shows that trying to hit on all of the above can actually prove limiting. Biden does have a deeper bench of qualified women and minorities to draw from than his old friend McCain did twelve years ago.

That’s what makes it all the more odd that his camp at least seems to be humoring Stacey Abrams’ auditions for the VP slot. The defeated Georgia gubernatorial nominee is the most Palin-like in the sense that the primary benefit she’d offer would be to play to the base. She is good on the stump and a symbol of the liberal conviction that Republicans owe so many of their close victories to voter disenfranchisement. But there are plenty of other demographically and philosophically similar Democrats available who have actually won their key races and possess more governing experience.

Biden can’t afford to ignore the fact that he is the oldest viable presidential candidate in history or the coalition politics that dominate the Democratic Party, especially after these factors contributed to Democrats coming up short against Trump in 2016. Yet he must also avoid the Sarah Palin trap: imposing so many requirements and litmus tests on his prospective running mate that he really has no choices at all.