Stimulus Check Update: Why a Fourth or Even Fifth Check Is Possible 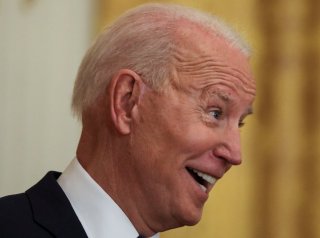 The third round of stimulus checks, from the American Rescue Plan that was passed by Congress and signed by President Biden in March, are going out to Americans this month. It follows a pair of stimulus packages passed in 2020, during the final year of the Trump presidency, both of which included direct checks. The checks distributed so far, per CNBC, have totaled $850 billion.

However, some are calling for yet another round of stimulus checks, with a group of Democratic senators writing a letter to the president earlier this month asking for just that.

Now, a nonprofit called the Economic Security Project has issued a report calling not only for a fourth round of checks but a fifth as well.

“Evidence from the last year shows stimulus checks to be the fastest and most impactful investments helping Americans get through this crisis, lifting more people out of poverty than any other single policy,” ESP’s report said.

“Direct payments to households are broad enough to help most people who need it, filling the holes in other aid programs like unemployment insurance, while flexible enough to allow people to solve their own unique challenges. Cash has been the leading force in reducing poverty during one of the deepest recessions in modern history, and is one of the only policies that can narrow persistent imbalances in poverty, income, and wealth between Americans of color and white Americans.”

The ESP argues that the checks so far have helped people, have reduced poverty, and has gained bipartisan political appeal. So the organization is calling for more.

"A fourth and fifth check could keep an additional 12 million out of poverty. Combined with the effects of the ARP, direct payments could reduce the number in poverty in 2021 from 44 million to 16 million,” the Project said.

How likely is another stimulus, with direct checks, to pass?

That’s uncertain, although it’s unlikely to happen in the short term. The letter from the Democratic senators stated that Biden should include additional checks in his next big legislative priority, which is a trillion-dollar infrastructure bill. However, Biden did not include that in his first round of proposals for infrastructure. Furthermore, Senator Joe Manchin of West Virginia announced earlier in April that he opposes any changes to Senate filibuster rules, which would make passing such a bill much harder.