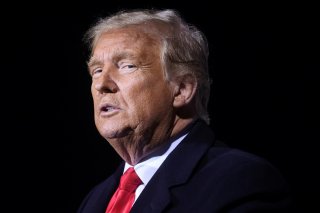 Biden’s town hall -- which was only broadcasted on one network, ABC -- averaged 13.9 million viewers, whereas Trump’s town hall on NBC had about 13 million, according to Nielsen ratings. The president’s event was simulcast by two other NBC-affiliate channels, MSNBC and CNBC, but Trump still didn’t bring in more viewership than the former vice-president.

On NBC, Trump’s town hall attracted 10.6 million viewers, on MSNBC, there were 1.74 million reported viewers and on CNBC, the president hit 671,000 viewers, bringing total viewership to an average of 13 million.

Leading up to Thursday night’s showdown, NBC News received a massive pushback for scheduling Trump’s town hall event at the same time and day as Biden’s, as it would grant the president an unfair advantage in viewership. But Trump reportedly told close aides that he wanted to virtually compete with Biden to prove stronger ratings and viewership -- a wish that clearly backfired. Trump campaign senior adviser Jason Miller said Thursday, “we’re gonna have a much bigger audience than Joe.”

After the town hall event on Friday morning, Trump also took to Twitter, saying “Sleepy Joe Biden had a very bad showing last night,” referring to his political opponent’s performance at the event.

The Nielsen ratings only consider viewers tuned into the cable networks via a television set, but both town halls were available to watch through live-stream on a smartphone, computer or other devices.

The change in the debate schedule comes after Trump refused to virtually debate Biden this week for their second presidential debate. Trump tested positive for the coronavirus two weeks ago, so the Commission on Presidential Debates shifted the format to prevent spread of the deadly disease.

After Trump refused to debate Biden, the former vice-president announced that he would hold a town hall event with ABC, with Trump following suit.

Trump appeared on ABC last month in a different town hall event, which brought in an average of 3.8 million viewers.