Trump’s Executive Order of $300 Unemployment Benefits is Running Out 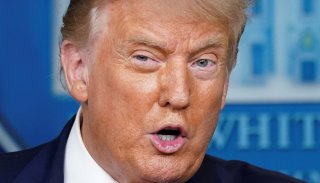 In early August, President Donald Trump issued an executive order that extended unemployment benefits at a reduced rate of $300 per week — a bonus that’s already running out less than one month after being launched.

Both Texas and Tennessee received word from the Federal Emergency Management Agency (FEMA) this week about their jobless benefits established under Trump’s new Lost Wages Assistance Program being expired, as the allotted federal relief for the program is rapidly depleting.

Montana, one of the first states to be approved as part of the president’s program, was also notified by FEMA that funding would terminate come Sept. 5. FEMA also told Iowa officials that the program has ended, despite starting their $300 per week rollout just last week.

Signed on Aug. 8, Trump issued an executive memo that instructed FEMA to set aside $44 billion from the disaster relief fund to help finance the $300 per week benefit. As of this week, the agency has sent out more than 68% of those federal funds to states and territories that were approved for the program.

Arizona was also alerted by the Department of Economic Security that their benefits could finish this week.

The executive action serves as a buffer as Congressional negotiations about the next coronavirus relief package remain stalled. House Democrats want to heavily extend the $600 weekly unemployment bonuses that expired July 31, but the group has received constant pushback from the other side of the aisle as Republicans are balking at pumping billions more of federal funds into the economy. Some Republicans have agreed to provide $300 until Dec. 7.

Senate Democrats, however, blocked a slimmed-down, GOP version of the coronavirus relief measure Thursday, destroying chances of a bill getting passed and implemented before the election in November.

Although some states won’t be receiving Trump’s unemployment benefit any longer, all states and territories who applied for the program by Sept. 10 will see federal aid.

Nearly 884,000 workers sought aid last week, according to the Labor Department, moving the total number of unemployed Americans since the start of the economic shutdown to more than 60 million.

Overall, close to 30 million Americans on unemployment are receiving the benefits.