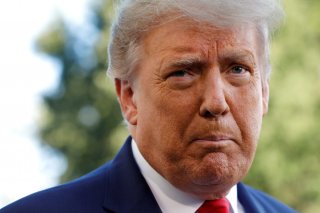 The death of Supreme Court Justice Ruth Bader Ginsburg—yet another pivotal development in 2020—instantly erupted into a fight to fill her seat before the Nov. 3 presidential election, a battle that’s now an electoral issue, as President Donald Trump’s nominee could make or break his reelection bid.

Trump said Monday that he’s narrowed the list of potential nominees, adding that he’d announce his pick by the end of the week. The president also told supporters at an airport rally over the weekend that the pick “will be a woman,” which would likely energize undecided female voters, a group that he struggles to attract as recent polls suggested the dwindling support from women.

Senate Majority Leader Mitch McConnell (R-KY) echoed the swift sentiment to fill the vacant seat, vowing shortly after Ginsburg’s death that he would push Trump’s Supreme Court nominee to receive a vote on the Senate floor. But the initiatives received serious backlash from Democrats, who have pressed the Kentucky lawmaker for hypocrisy charges since he blocked President Barack Obama’s 2016 nominee during the last few months of Obama’s presidential term.

Democrats need four Republicans to vote in order to block a nominee—in a GOP-controlled Senate of 53 to 47—in the event of a tie where Vice President Mike Pence votes to break it. The party has already begun to reach across the aisle for help and have successfully received responses from two Republican lawmakers that plan to block Trump’s impending nominee.

Both Sens. Lisa Murkowski (R-Alaska) and Susan Collins (R-Maine) have said they would support the vetting process of a nominee since the election is less than two months away.

Collins—who has served in the upper chamber for more than twenty years—faces a tough election as polls indicate her support tanking, with some pollsters now saying the race is leaning Democratic. The incumbent lawmaker experienced criticism following her vote to confirm Trump’s former nominee Brett Kavanaugh, who assumed sexual misconduct allegations in 2018. Rejecting the president’s upcoming nominee could be the best thing for Collins’s reelection bid as Maine’s polls show an apparent disfavor towards Trump.

Another Trump justice isn’t guaranteed, as there are several other Republican lawmakers who could potentially blockade the president’s nomination. Media outlets have placed GOP Sens. Mitt Romney (UT), Cory Gardner (CO), Lamar Alexander (TN) and Pat Roberts (KS) as top candidates to vote to block Trump’s nomination. As of now, the Democrats only need to rally support from two more of their colleagues, a negotiation that could succeed since nominating a justice forty-three days before Election Day is simply unheard of and goes against institutional tradition.

In 2016, Obama had nominated Merrick Garland to replace Justice Antonin Scalia who died during an election year. Hours after Scalia’s death, McConnell released a statement noting that “the American people” should vote for the next justice and that the seat shouldn’t be filled until the next president lands a spot in the Oval Office. Obama still nominated Garland, and the GOP-led Senate refused to hold a hearing or vote on the nomination.

"Presidents have a right to nominate, just as the Senate has its constitutional right to provide or withhold consent," McConnell said at the time. "In this case, the Senate will withhold it."

The majority leader added that a vacant Supreme Court justice seat should not be filled during election season. McConnell’s remarks from 2016 serve as a key argument from Democrats, as his current stance is a complete reversal from four years earlier.

Throughout history, only two Supreme Court vacancies were named closer to Election Day, but in both instances, the standing president ended up winning reelection and later nominated a justice after the presidential election, according to FiveThirtyEight.

If Trump’s pick gets blocked by a Senate vote, it could be detrimental to his reelection chances or surprisingly boost them, depending on who he decides to nominate. If the president nominates a hyper-conservative, strictly right-leaning justice and the selection gets nixed by Democrats, it’ll likely destroy the president’s reelection bid as he would be further enforcing his polarizing rhetoric of dividing the country even more than it already stands. Unclaimed voters would view his nomination as another Trump move, which would make his approval ratings and support drop.

If Trump nominates a woman, a woman of color, or a more moderate justice—all groups that he battles to gain support from—to somewhat tame the current political climate and that still gets blocked by Democrats and some GOP colleagues, this could bump Trump’s reelection chances as he’ll prove that he’s willing to represent different political and social ideas within the Supreme Court. The move, however, could infuriate his avid and loyal supporters from conservative organizations.

Who Trump chooses for his nomination is “a really big deal.” With a second presidential term at stake, a deadly virus on the loose, and an economic crumble, his pick could determine the outcome of the presidential election.