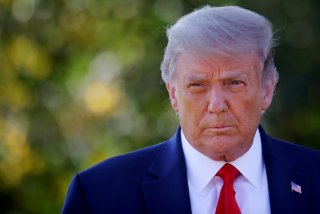 A conventional analysis of the U.S. presidential race would predict challenger Joe Biden will defeat incumbent Donald Trump. Most polls have Joe Biden far ahead, and a much-cited recent survey showed him fourteen points ahead of Trump. However, the same poll in 2016 showed Hillary Clinton with the same lead.

Furthermore, Trump is once again connecting energetically with the disaffected voters who gave him an electoral college victory four years ago. In contrast, Biden has run a mostly virtual campaign, relying primarily on the media to challenge Trump.

The possibility of an upset second victory for Trump raises the question of what his administration would do with trade policy following his first-term replacement of NAFTA with the U.S.-Mexico-Canada Agreement (USMCA), imposition of tariffs on steel and aluminum, negotiation of a trade deal with Beijing that left in place higher tariffs on more than half of Chinese imports, and completion of modest deals with Japan and South Korea.

It is usually a safe bet that second presidential terms are lackluster when it comes to bold new initiatives. Often, administrations focus on consolidating and touting the accomplishments of the first term.

With Trump, it may be different. A Trump reelection would demonstrate further to Congress that the public supports his tougher approach to trade.

The most immediate second-term development would likely be the continued expansion of export controls targeting China. What started as a U.S. effort to ban the use of Huawei equipment in U.S. telecom networks has grown to a global effort to prevent the sale of topline semiconductors and other components to Huawei, its subsidiaries, and Semiconductor Manufacturing International Corporation. This White House-led effort would continue with worldwide measures to deny China advanced inputs for telecom, semiconductor, and artificial intelligence applications. The Phase One trade deal with China will likely last only as long as Beijing needs to buy significant quantities of U.S. agriculture.

A trade agreement with the United Kingdom could land early in a second Trump term. American and British negotiators have already completed some thirty chapters of an agreement.

Pacts with India and Vietnam would also be likely in a second Trump term, despite the recent opening of a “Section 301” investigation of Vietnam for currency manipulation and illegal timber harvesting. The same tough approach preceded Trump’s deal with China.

A Taiwan deal is also a possibility. Signing these pacts would be seen as encircling China economically. Washington would seek to limit agreements to easier-to-accomplish topics like the intellectual property and digital trade elements of USMCA.

Despite pro forma talking points to the contrary, Washington likely would not press Japan seriously for a second, more comprehensive trade deal than the one the administration secured in 2019. That is actually good news for overall relations between Tokyo and Washington and an alliance that remains the world’s most important in deterring China.

East Asia may also benefit from the likelihood that Trump will focus his ire on Europe. Trump remains irritated at the European Union’s 10 percent tariff on U.S. cars since the reciprocal American tariff is 2.5 percent. Like other presidents before him, he is also disappointed by French agricultural protectionism, which hurts American farmers.

Trump was close to imposing 25 percent tariffs on German cars in 2019 but decided to wait until after the election. He may either impose these early in a second term or try again to use the threat of them to get Germany to apply pressure on Paris and Brussels to reform. While some voices in the administration would counsel caution, few expect Robert Lighthizer, the seventy-three-year-old U.S. trade representative, to stay more than a year into a second term. Higher tariffs on Europe are more likely than not.

Trump’s approach contrasts with that proposed by his opponent. Biden supported NAFTA, China’s entry into the World Trade Organization, and the Trans-Pacific Partnership. His advisors have suggested he would rejoin the latter with some modest adjustments. Biden also opposed the tariffs on China that brought Beijing to the negotiating table. The safe bet is that he would likely ease those levies in exchange for a climate change deal from Chinese leader Xi Jinping—which Xi would sign and then ignore. Biden’s likely trade representative, Jennifer Hillman, favors ending U.S. steps that have disabled the World Trade Organization’s dispute-resolution mechanism, which many analysts believe ruled against the United States too often. She is a standard Clinton-Obama era globalist. Biden’s vow “to work more closely with allies” is a euphemism for acceding to European wishes in Geneva.

While some might welcome Biden’s efforts to turn back the clock to before the disputes and trade wars of recent years, implementing his plans could further convince average Americans that the international trading system works against them, leading to even greater disruption in the future. It may well turn out that Trump will be on hand to continue a trade-reform process that looks chaotic on the surface, but which amounts to significant, measured evolution in practice.

Christian Whiton was a senior advisor in the Trump and George W. Bush administrations. He is a senior fellow at the Center for the National Interest.