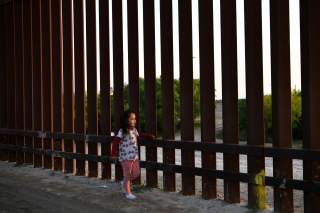 An important portion of President Trump’s immigration enforcement policy is immigrant detention. Immigrants who are apprehended at the border or in the interior of the United States are detained in Immigration and Customs Enforcement (ICE) facilities until they are removed from the United States. In recent months, many reports have surfaced of immigrants who have died while in detention or shortly after being released to medical facilities for treatment. The rate of death in ICE detention facilities is an important metric of how humane those facilities are.

Eight people died in immigration detention in FY2019, down from 10 in FY2018. During the same time, the number of admissions into ICE detention facilities increased from 396,488 to 510,854 (Table 1). The FY2019 death rate in ICE immigration detention was 1.6 per 100,000 detainees, a 38 percent drop from FY2018. That’s good news, but is likely the result of so many younger asylum seeker with fewer health problems being detained along the border rather than improved detention conditions. 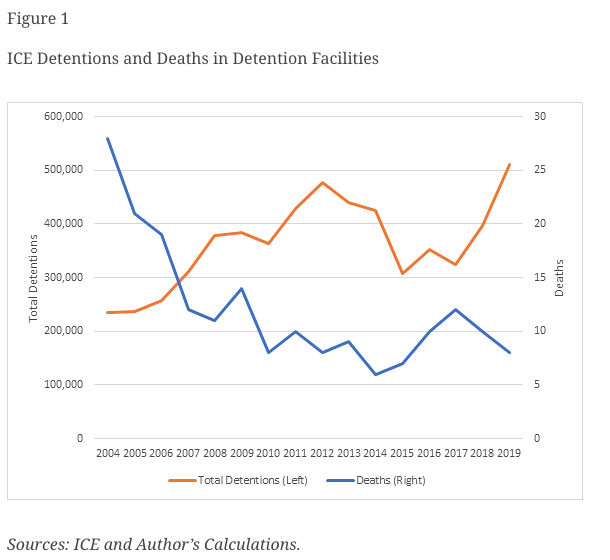 This excellent study of death rates in ICE detention gives three reasons for why death rates fell so much during the Bush years and remained low thereafter. The first is that the length of time that immigrants spent in detention fell, which means there was less opportunity for each individual to die even though more were in detention. The second was that ICE increasingly relied on Secure Communities and local law enforcement to first arrest illegal immigrants and then transfer them to ICE. Local law enforcement agencies typically provided any healthcare that the immigrants needed before being transferred to ICE or, tragically, many of them died in local law enforcement custody. The third is that ICE medical policies and practices improved over time.

Even though the number of people in ICE detention is increasing, the chance of dying in immigration detention is on a generally downward long-term trend that has been stable for the last several years.