“Close Enough” Isn’t Enough: What You Need to Know About 7.62mm Caliber 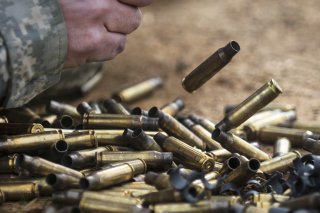 Firearm calibers can be confusing – and when it comes to ammunition, "close enough" often doesn't cut it. That is especially true in the case of .223 Remington and 5.56x45mm NATO. Experienced shooters may know that there will be no issues with using .223 Remington in a 5.56 rifle, but not vice-versa. This is due to the chamber pressure difference, as a rifle chambered for .223 simply can't handle the added pressure of a 5.56 round.

Where it gets far more confusing is in regards to 7.62mm. That essentially describes the internal diameter of the barrel of the firearm, but 7.62 comes in a multitude of pistol, revolver and rifle cartridges. The M1 Garand was chambered in the 30-06 Springfield cartridge, a .30 caliber round, which was later designated 7.62x63mm NATO.

With the advancement of rifle powder technology and improvements in case design in the early 1950s, the new 7.62x51mm NATO rifle round was developed. It achieved nearly identical ballistic performance as the 30-06 (.30 caliber) Springfield round, and it was introduced for U.S. military service with the M14 rifle and M60 machine gun.

It shouldn't in any way be confused with the 7.62x54mmR, a rimmed rifle cartridge developed by the Russian Empire and introduced as its service cartridge in 1891 for use with the bolt-action Mosin-Nagant rifle. That cartridge had been used throughout the Czarist era and subsequently throughout the Soviet period and to the present day. It has the distinction of having one of the longest service lives of any military-issue cartridge.

The 7.62x54mmR was used with such Russian and Soviet firearms as the Pulemyot Maxima PM1910 (Maxim) machine gun, the SVT-38 and SVT-40 semi-automatic rifles, the Dragunov SVD sniper rifle and the PKM machine gun. The American Winchester Model 1895, which was produced under contract for the Imperial Russian Army prior to the First World War, was also chambered in the 7.62x54mmR cartridge.

During the Second World War, the Soviet Union's Technical Council of the People's Commissariat for Armaments met to discuss the introduction of an "intermediate cartridge," and that led to the development of the 7.62x39mm, which was first employed in the SKS rifle. The round then gained worldwide proliferation with the AK47, while the Cold War-era RPD and RPK light machine guns were also chambered in the intermediate 7.62x39mm cartridge. It had remained the standard cartridge until the 1970s when it was replaced by the 5.45x39mm cartridge, which was introduced with the new AK74 rifle.

However, because of the availability of commercial, semi-automatic AK47s as well as commercial AR15s chambered in the same caliber, the 7.62x39mm has remained a popular cartridge in the United States. A major factor has been the relatively low cost per round. It is also slightly less powerful than the .30-30 Winchester caliber, yet offers a similar ballistic profile.

All this means when it is time to do your ammo shopping make sure you know exactly what you're looking for – because close enough simply isn't good enough.