A “Pre-Check System” for Defense Reprogramming 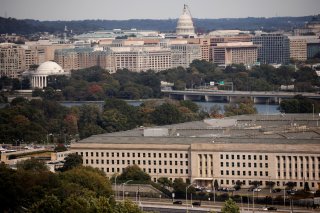 When you’re operating a military as big as the United States’—especially in a time of pandemic—flexibility is key. So why is the House of Representatives making it harder for the Department of Defense (DoD) to adapt at this critical time?

Congress recently approved a $1.6 billion request and then a second request of $1.3 billion from DoD to move appropriated funds from one account to the other to help the Pentagon deal with fallout from the coronavirus pandemic. It utilized the reprogramming process, which has existed virtually unchanged for decades.

This reprogramming is a type of transfer that under DoD rules requires prior congressional approval. In each annual appropriation and authorization act, Congress determines the total amount of transfer allowed that fiscal year. In the past fiscal year (2020), it was $6 billion.

However, as part of the House of Representatives’ reaction to the Executive’s transfer of defense resources to the Southern border, the House in its 2021 defense appropriations bill voted to limit the transfer authority for the Pentagon to $1.9 billion. It is an insufficient level of transfer authority, compared to the $9.5 billion requested by the Pentagon.

With such a low level of transfer authority, this most recent $1.3 billion request alone would have consumed the majority of the yearly authority. This request alone was one of sixteen that occurred in fiscal year 2020.

The level of reprogramming authority is only part of the problem. Even more significant, the issue of the time necessary to approve a request severely constrains defense agility. Reprogramming requests requiring congressional approval currently take between four and six months. This accounts for the time from a reprogramming request being identified by the DoD to it being approved by Congress. The time factor is especially acute when you are dealing with funds that need to be obligated within a given fiscal year.

The overly restrictive transfer authority contained in the House defense appropriations bill indicates a substantial breakdown in trust between the players. The length of time required for reprogramming to be approved suggests the time is right to reassess and reform the process. Both issues mean we need to pay more attention to this area.

Back when people used to flock to airports, some were able to breeze through security without having to take their shoes off and open their bags because they were trusted flyers registered with the Transportation Security Administration in the Pre-Check program. The program worked because travelers are pre-screened following a set of conditions, which allows them to determine that these individuals represent very low risk for the flying public.

The same concept can and should be applied to reprogramming requests.

84 percent of the reprogramming requests are approved without any modifications. The high approval rate indicates that there could be opportunities to speed the process up without compromising Congressional oversight prerogatives. There are also over 20 years of publicly available data on reprogramming requests that should be analyzed to understand their common traits, their sources and types of programs that are funded.

Congress and the Pentagon should work together to evaluate past reprogramming requests and organize them utilizing common traits, such as response to natural disasters, adjustment of foreign currency projections, recruitment shortfalls.

These criteria would allow patterns to emerge and reveal requests with high approval rate. This type of information would serve as a bridge of understanding and shared knowledge between both branches of government and enable a better grasp of which reprogramming requests deserve more or less attention.

For instance, the last approved reprogramming in the fiscal year that just ended transferred $36 million dollars from operating forces to mobilization within the operations and maintenance account of the Army. The reduction was possible because of coronavirus canceled training rotations. These resources went to increased repair costs of roll-on/roll-off ships, highlighting the challenges of ship maintenance costs and infrastructure. The request was approved without any congressional changes and it could be a candidate for a fast-track authority, since the training reduction due to a global pandemic is the type of change that is necessary and unpredictable.

The physical process of reprogramming requests has endured with little change for decades. The single innovation in the process has the use of electronic delivery versus the use of a courier to deliver the reprogramming request forms across the Potomac. All reprogramming requests are submitted in a scanned pdf, something that is static and unsearchable. A few of them are signed digitally now, instead of requiring ink signatures. It is still a far cry from the technology currently available to the average office worker.

The recently approved reprogramming highlights why it is important that Congress provides the Pentagon with an adequate level of transfer authority to move money around to adapt to realities different from when the budget was appropriated. Further, it shows the necessity of working on improving trust between the two branches of government.

Few people would have predicted that 2020 would be marked by a global pandemic. Transfer authority allowed the Pentagon to respond to it better and with some speed. We need to sharpen this tool rather than blunt it.

Frederico Bartels is a senior policy analyst for defense budgeting in Heritage's Center for National Defense.