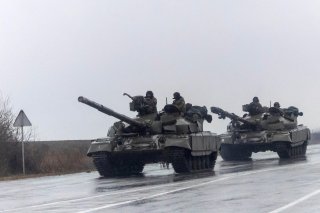 World leaders issued statements reacting to Russia’s invasion of Ukraine in the early hours of Thursday morning. Most leaders condemned the Kremlin for its role in starting the conflict.

In Tokyo, Japanese prime minister Fumio Kishida criticized the Russian invasion of Ukraine and promised economic retaliation in concert with the United States and its other allies.

“This Russian invasion stands to put at risk the basic principle of international order that forbids one-sided action of force in an attempt to change the status quo,” Kishida said. We strongly condemn Russia, and we will respond speedily in cooperation with the U.S. and other Western nations.”

The United Kingdom, Germany, Spain, France, and Italy – all members of the North Atlantic Treaty Organization (NATO) – each condemned the attack, as did Australia, a “major non-NATO ally” of the United States.

NATO Secretary-General Jens Stoltenberg, a longtime critic of Russian foreign policy, announced that NATO had scheduled a meeting for Thursday.

“I strongly condemn Russia’s reckless and unprovoked attack on Ukraine, which puts at risk countless civilian lives,” Stoltenberg said. “Once again, despite our repeated warnings and tireless efforts to engage in diplomacy, Russia has chosen the path of aggression against a sovereign and independent country.”

Stoltenberg also said that NATO would “do all it takes to protect and defend” its own members. However, Ukraine is not a member of NATO, and no NATO nation has committed troops to its defense.

The European Union, which Ukraine has sought to join in the past, claimed that it would “impose massive and severe consequences on Russia” in response to the invasion.

“We will later today present a package of massive and targeted sanctions to European Leaders for their approval,” EU commissioner Ursula von der Leyen said. “We are coordinated closely with our partners and allies – the United States, the United Kingdom, Canada and Norway, but also, for example, Japan and Australia.

“This package will include financial sanctions that harshly limit Russia's access to the capital markets. These sanctions will have a heavy impact.”

China, a diplomatic partner of Russia, urged calm and instructed its citizens within Ukraine to remain indoors, but did not directly criticize the Russian invasion.

"China is closely monitoring the latest situation. We call on all sides to exercise restraint to prevent the situation from getting out of control,” said Hua Chunying, a spokesman at China’s foreign ministry, according to the Straits Times.

China’s embassy in Kyiv urged citizens to contact local authorities in the event of danger and to display a Chinese flag on their vehicles to prevent them from being attacked.

In past years, China has largely supported the status quo in Ukraine, warning against disruptions brought about by either side. However, after the United States imposed sanctions on Russia earlier in the week, Chinese officials blamed Washington for escalating tensions and characterized the punitive economic measures as ineffective in shaping Russia’s policy choices.

United Nations Secretary-General Antonio Guterres also avoided directly blaming Putin for the invasion but pleaded for him to withdraw Russian troops from Ukraine.

“In the name of humanity, bring your troops back to Russia,” Guterres said at a UN Security Council meeting on Wednesday night. The Security Council meeting occurred at the same time that Putin announced the invasion in a pre-recorded video in Russia. “In the name of humanity, do not allow to start in Europe what could be the worst war since the beginning of the century.”