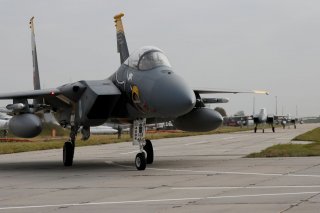 Key point: Washington is considering what new planes to get. However, even a souped-up F-15 might not be good enough.