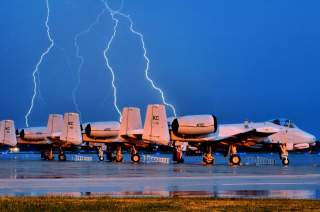 “It is built to withstand more damage than any other frame that I know of. It’s known for its ruggedness,” A-10 pilot Lt. Col. Ryan Haden, (former) 23rd Fighter Group Deputy, Moody AFB, told Warrior Maven in a previous interview in 2016.

“The A-10 is not agile, nimble, fast or quick,” Haden said. “It’s deliberate, measured, hefty, impactful calculated and sound. There’s nothing flimsy or fragile about the way it is constructed or about the way that it flies.”