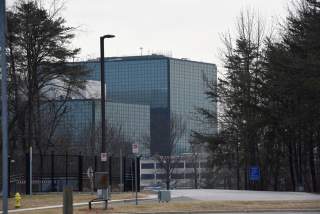 The National Security Agency spent more than $100 million on a phone surveillance program that yielded only two leads for potential intelligence investigations between 2015 and 2019, according to a declassified study released Wednesday.

The study, produced by the Privacy and Civil Liberties Oversight Board, found that only one of those leads led to the opening of a full-blown investigation.

“Based on one report, FBI vetted an individual, but, after vetting, determined that no further action was warranted,” reads the study, which was first reportedby The New York Times.

“The second report provided unique information about a telephone number, previously known to U.S. authorities, which led to the opening of a foreign intelligence investigation.”

The board began the study in January 2019 of the NSA’s program under the USA Freedom Act to collect phone call detail records, known as CDRs.

Lawmakers are considering legislation to reauthorize several components of the U.S. government’s surveillance activities, including under the USA Freedom Act. Republicans are also pushing for reforms to the Foreign Intelligence Surveillance Act (FISA), in the wake of a Justice Department report that found the FBI submitted misleading information to the FISA Court in order to conduct surveillance of Trump campaign adviser Carter Page.

Congress authorized the NSA program in 2015 as a replacement for its controversial bulk data program, which was exposed through leaks from Edward Snowden.

The program allowed the NSA to access phone records maintained at communications companies. It also let the spy agency obtain phone and text records for potential investigative targets, as well as their immediate contacts under the so-called “two-hop rule.”

The report did not find that the NSA broke any laws in its surveillance activities. Instead, the program appears to have been a massive waste of taxpayers’ money.

“NSA halted the program ‘after balancing the program’s relative intelligence value, associated costs, and compliance and data-integrity concerns caused by the unique complexities of using these provider-generated business records for intelligence purposes,'” the report stated.