100 Years Ago Germany's 'Battleship Fleet' Committed Suicide. This Is Why. 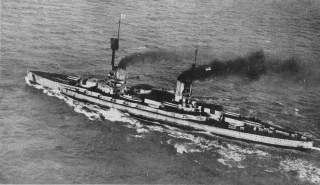