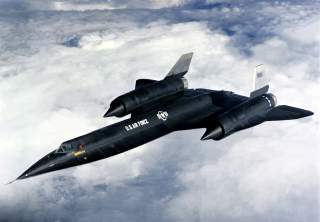 In 1959, Lockheed began work on the design of a long-range, high-altitude plane, then known as the A-11. It was a Cold War project. Heading the project team was Clarence “Kelly” Johnson, Lockheed’s Vice President for Advanced Development Projects. Johnson had previously led the development of the U-2 spy plane. Five years after work began on the A-11, on Feb. 29, 1964, President Lyndon Johnson told reporters that the aircraft (by that time modified to the A-12 Oxcart production version with a reduced radar cross section) had attained speeds of over 2,000 mph and altitudes of more than 70,000 feet in tests at Edwards Air Force Base (AFB).

Noteworthy during the first three years of pre-operational testing, three A-12s crashed – two from mechanical malfunctions and one because of ground crew error. All pilots ejected safely. On May 24, 1963, A-12 number 926 involved in a subsonic engine test flight and piloted by Ken Collins, crashed fourteen miles south of Wendover, Utah. While testing an inertial navigation system, Collins flew into heavy clouds above thirty thousand feet and began noticing erroneous and confusing airspeed and altitude readings just before the A-12 pitched up, stalled, and went into an inverted spin. Unable to regain control, he ejected at around twenty-five thousand feet and was unhurt. A press cover story referred to the crashed aircraft as being a Republic F-105. The A-12 fleet was temporarily grounded following the accident while an investigation was conducted. So great was the need to find out what went wrong that Collins willingly took truth serum to help his memory put the puzzle together. A Pitot-static system failure due to icing was determined to be cause.

Ken Collins himself tells the story of A-12 number 926 crash in Col. Richard H. Graham’s book The Complete Book of the SR-71 Blackbird: The Illustrated Profile of Every Aircraft, Crew, and Breakthrough of the World’s Fastest Stealth Jet.

“As we were having a lot of problems with engine fuel controls during acceleration and cruise, I was scheduled for a flight test mission to perform subsonic engine test runs. Jack Weeks was scheduled as my F-101 chase pilot. The date was 24 May 1963. Takeoff and initial cruise at twenty-five thousand feet was routine. I made the planned right turn to a heading of 180 degrees and climbed to twenty-seven thousand feet to stay out of the building cloud formations. During these missions the chase plane was to stay close enough to observe the engine nacelles and afterburner area, but far enough away to maintain safe flight. The F-101 had a historical pitch-up problem if it got too slow in flight. As we continued south in the Wendover Danger Area (northwest of the Great Salt Lake) I entered an area of heavy cumulus cloud formations. My chase moved into keep visual contact.

“Minutes later, Jack signed that we were getting too slow for the F-101. All my A-12 instruments (airspeed, altitude) were giving normal indications. Jack signaled that he could not stay with me. I waved him off, and he cleared to my right and disappeared into the clouds.

“I dedicated my efforts to determining what the real problems were. I engaged the autopilot and reviewed all of the instruments and systems. There were no observable failures or abnormal indications. I then disengaged the autopilot, maintaining my planned airspeed and thirty thousand feet altitude.

“In a matter of seconds, all hell broke out. Without any noticeable change of aircraft attitude or speed, the altimeter was rapidly “unwinding,” indicated a rapid loss of altitude. The airspeed indicator was also unwinding, displaying a rapid loss of airspeed. In heavy clouds, with no visual references, and with what felt like a solid platform under me, I advanced the throttle, attempting to stop the indicated loss of airspeed, but with no apparent results. At this point I could not assume that any of the flight or engine instruments were providing correct data. And I was right! Without any warning the A-12 pitched up and went into a flat inverted spin.

“Realizing that I had not effective controls, and that the aircraft was unrecoverable from the flat, inverted spin, and that I had no true indication of my actual altitude, it was time to eject. I could have been much lower and over high mountains, which would put me dangerously close to the ground or hilltops. I closed my helmet visor, grabbed the ejection D-ring between my legs, firmly pushed my head back against the ejection seat headrest, and pulled the D-ring. The aircraft canopy flew off instantly, the boot stirrups snapped back into the seat retainers, and the ejection seat rocket shot me downward (remember, I was inverted!) and away from the aircraft.

“During my descent, I saw the A-12 spiraling toward the ground and then a large black column of smoke and flames behind a hill. I had time to look around. I saw a road to the right and a lot of rough terrain covered with rocks and sage. When I landed, I immediately released the riser safety clips and collapsed the parachute. I was in the middle of a hilly desert with little prospect of being rescued any time soon. My chase plane (Jack Weeks) didn’t know where I was, and because of the program’s tight security, we didn’t maintain radio contact with the base operations.

“I began collecting all of the flight checklist pages, which broke loose during ejection, and any other aircraft items lying around. Much to my amazement, I saw a pickup truck bouncing across the rocks coming towards me with three men in the cab. When they stopped, I saw they had my aircraft cockpit canopy in the truck bed. They asked me if I wanted a ride. They said that they would take me over to my airplane. I told them that it was an F-105 fighter with a nuclear weapon on board. They got very nervous and said that I was going with them to get in quick, because they were not staying around here.

“There were four of us in that cab. I asked them to drop me off at the nearest highway patrol office, which was in Wendover, Utah. I thanked them and that was the last I saw of them. I made my “secret” phone call. A Lockheed Constellation loaded with security and aircraft engineers arrived in less than two hours. Kelly Johnson’s jet arrived after the “Connie” to pick me up. Our flight surgeon and I flew directly to Albuquerque, New Mexico, to the Lovelace Clinic for my physical checkup.

“An intense accident investigation was conducted. I was submitted to sodium pentothal “truth serum” to confirm my statements relating to the flight and accident. The person who solved the true technical cause of the accident was Norm Nelson. Norm was a dedicated government engineer and fine, caring man, who became vice president of the Skunk Works. As always, the initial belief is that there was pilot error. Fortunately, the real causes of the accident were discovered and later corrected. It turned out to be an inadequate Pitot tube (thus the Rosemont Probe we now have) and failed air data computer.”