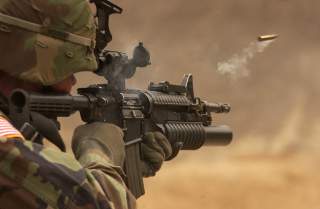 Smith and Wesson is one of the oldest names in American firearms. Although the company was mostly known for revolvers, it was inevitable that the company would come out with a Glock-style polymer handgun.​