In 1968, This U.S. Navy Nuclear Attack Submarine Was Sent to Spy on Russia (It Never Returned) 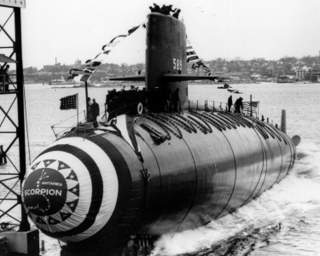 A final theory is that the Scorpion experienced a hydrogen explosion during or immediately after charging its batteries. At the time of the explosion, the submarine was at periscope depth and likely at “Condition Baker”—the closing of watertight hatches.