In 1974, an Army Solider Stole a Helicopter and Put It On the White House Lawn 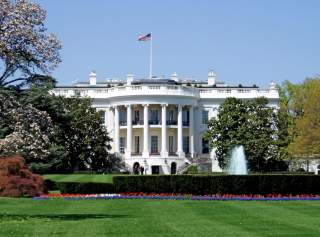 The joyride has been a fixture of American culture ever since before first Model T rolled off a Ford assembly line.

In August 1908, a chauffeur was sentenced by a New York City judge for absconding with his employer’s automobile for 30 hours of unadulterated freedom, the first known instance of a “joy ride” in modern history. And while unauthorized excursion ended on a down note — those 30 hours added up to 30 days in prison for “willful or malicious destruction of property — but it birthed a wholly American tradition. The wind in your hair, open the road ahead of you, lack of financial investment (it ain’t your vehicle!) — nothing screams freedom more.

But while too many joyrides often end in death or injury, history offers one unusual exception: the case of the military joyride, the purest and safest form of automotive freedom known to man. Perhaps only U.S. service members have the good order and discipline to joyride safely; perhaps it’s just a matter of good training. Either way, the history of military joyriders proves that you can feel the need for speed without wrecking (too much) havoc on the world around you — even if it’s an aircraft you’re stealing and not a car.

Every now and then, a disgruntled service member or ornery vet takes matters — or the steering wheel of an M577 Armored Personnel Carrier — into their own hands and offers an oasis of vehicular entertainment. Here are a few examples of spectacular military joyrides from modern history.

OK, technically this wasn’t a military joyride since the vehicle in question was a single-engine Cessna aircraft, but it’s cool nonetheless. In the 1950s, Korean War Marine vet Thomas Fitzpatrick landed a stolen civilian plane on Manhattan’s Upper West Side to win a barroom bet — twice.

Here’s a 2013 New York Times account of the incident:

Both landings were pulled off in incredibly narrow landing areas, in the dark – and after a night of drinking in Washington Heights taverns and with a well-lubricated pilot at the controls. Both times ended with Mr. Fitzpatrick charged with wrongdoing.

The first of his flights was around 3 a.m. on Sept. 30, 1956, when Mr. Fitzpatrick, then 26, took a single-engine plane from the Teterboro School of Aeronautics in New Jersey and took off without lights or radio contact and landed on St. Nicholas Avenue near 191st Street.

The New York Times called it a “fine landing” and reported that it had been widely called “a feat of aeronautics.”

Fitzpatrick, himself an experienced aircraft mechanic from his time in the Corps, made his first flight after a drinking buddy challenged him to make it from New Jersey back to Washington Heights in just 15 minutes, but the second one came “after a bar patron refused to believe he had done the first one,” which is just such a deliciously unexpected own. If there’s such a thing as the ultimate “hold my beer” moment, it’s this.

In what can only be interpreted as a fit of pre-Independence Day celebration, 19-year-old U.S. Army Pvt. John Dugan took an M578 light recovery vehicle on a spin through the streets surrounding the Lee Barracks, near Mainz, Germany, while absolutely dripping with LSD.

The saucy details, per the Richmond Times-Dispatch:

[Dugan] headed off base and after a 12-mile trail of wrecked cars and other destruction, he parked the armored vehicle around midnight outside the Astoria Bar and was promptly arrested.

After the German and military police caught him outside the bar in Mainz, Dugan was sent to a hospital at division headquarters for psychiatric evaluation. He promptly escaped his armed guard, triggering a nationwide manhunt.

The LSD apparently worn off, he turned himself in around noon on July 5, 1969.

Luckily, nobody was injured, but German media at the time reported that Dugan had damaged some 30 vehicles on his way to the bar, including a poor Volkswagen Beetle totally pancaked by the vehicle.

LSD: Not even once.

Pfc. Robert Preston was apparently so furious when the Army extended enlistment after washing out of the service’s helicopter pilot school that he opted for a spectacular middle finger to his commanding officers as vengeance.

Just past midnight on Feb. 17, 1974, Preston made off with an unarmed UH-1 Iroquois from Tipton airfield in Fort Meade, Maryland, flying over the Baltimore-Washington Parkway and touching down at the White House before the leading a pair of Maryland State Police helos in an remarkable pursuit in the skies above the nation’s capital.

And boy, was it one hell of a pursuit, as Task & Purpose’s James Clark previously wrote:

Preston briefly hovered near the Washington Monument, at one point nearly colliding with it while under fire from the state police. He then returned to the White House and hovered 100 meters away on the South Lawn, coming under a fusillade of shotgun and submachine gun fire.

Slightly wounded by buckshot, he set the Huey down and after a short foot chase, was tackled by the Secret Service. President Richard Nixon, who was deeply embroiled in the Watergate scandal, was not in the White House at the time.

Preston landed in a military stockade for six months before receiving a general discharge, but at least he’ll always have the respect of the Maryland state police, who referred to the ornery private as “one hell of a pilot."

The solder and vet who made off in a howitzer

In November 1987, a medically-retired soldier in Colorado told a private buddy that he wanted to “go to war” — and that’s exactly what the pair did.

On the evening of Nov. 10, Nineteen-year-old Pvt. 2 John Clair and twenty-six-year-old Roberto Torrez stole an unarmed 155 mm self-propelled howitzer from the Fort Carson motor pool on a short but uneventful joyride before the vehicle broke down a few blocks from a local VA hospital. It seems absurd now, but the details, per UPI, a bit alarming:

'It's the first thing that crossed my mind,' said Sgt. Larry Tolar. 'Why would they have driven into that neighborhood?'

Army officials said Clair and Torrez broke into the Fort Carson motor pool about 1 a.m. and entered the field artillery vehicle, which carried no ammunition.

McKinney said Clair was assigned to the 5th Battalion, 29th Field Artillery and knew how to operate the weapon.

Asked by a military policeman why they did it, Torrez responded: 'To go to war.'

Nobody was hurt and nothing was destroyed, except for maybe the dreams of one medically-retired soldier.

The Marine mechanic who celebrated July 4th with an aerial excursion

Marine Lance Cpl. Howard A. Foot Jr. spent America’s birthday in the most spectacular of fashions, when, in 1986, the then-21-year-old mechanic clambered into the cockpit of an A-4M Skyhawk at El Toro Marine Corps Air Station and took off on the joyride of his life. The delightful details, from Foxtrot Alpha:

As news reports at the time recount, Foote flew out toward San Clemente Island, executing loops, rolls, and high-speed maneuvers before turning back to MCAS El Toro after about 45 minutes to attempt a landing. This time, the runways were all very well lit and the base was buzzing with activity due to his “borrowing” of the jet.

After several landing attempts, the Skyhawk maintainer put the A-4M down safely and was quickly detained after exiting the cockpit.

There was little doubt that the whole stunt was extremely dangerous, but it was also an amazing accomplishment although Foote was no novice to flying. He was an accomplished glider pilot who set world records at a very young age.

It’s worth noting that earlier that year Foote had apparently suffered an aerial embolism during an attempt to set a glider altitude record —  and just a few days before his joyride he was informed by military doctors that the incident would preclude him from ever sitting behind the throttle of a Marine Corps fighter jet. His antics were a last-ditch effort to, as Los Angeles Times put it, “[fulfill] his lifelong dream of being at the throttle of a fighter jet, albeit a stolen one.”