In 1984, A Russian Submarine Accidentally Rammed A U.S. Aircraft Carrier 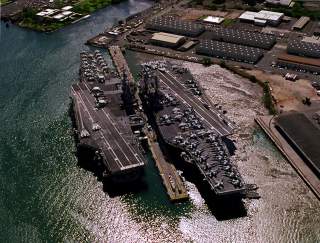