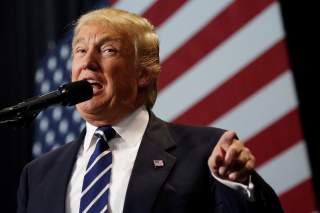 The Department of Justice announced the arrest of two Somali men who came to the U.S. as refugees for allegedly trying to provide material support to the Islamic State.

FBI agents arrested Ahmed Mahad Mohamed, 21, and Abdi Yemani Hussein, 20, at Tucson International Airport on Friday. They had already checked in to board a flight to Egypt, and they allegedly planned to travel to Egypt’s Sinai region to join ISIS, according to the DOJ on Monday.

Hussein remained a refugee during the time of his arrest, while Mohamed had already obtained lawful permanent resident status, the DOJ said, citing court documents.

“According to the criminal complaint, the defendants had been in communication with an FBI undercover employee whom they believed was a supporter of ISIS ideology. These communications revealed the defendants’ desire to travel overseas in order to fight on behalf of ISIS or to conduct an attack within the United States if they were unable to travel,” the DOJ said in a statement.

The men then decided to purchase airline tickets to travel to Egypt, and their plan was allegedly to travel to Sinai and join ISIS.

“According to court documents, both defendants came to the United States as refugees from Somalia,” the DOJ added. “At the time of their arrest, Mohamed had obtained lawful permanent resident status and Hussein remained a refugee.”

Court records revealed the conversations that took place between the FBI undercover agent and the two men. The conversations suggested their intention to join the ranks of ISIS.

“One of them stated ‘The best wake up call is Islamic State to get victory or another 9/11,'” he added. “Get smart people!”