200,000 of These Special Forces Troops from North Korea Could Mean Trouble 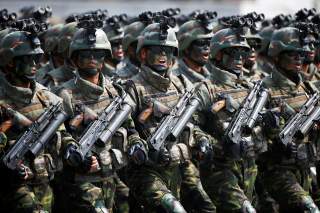