In 2005, a Navy Submarine Crashed Into an Underwater Mountain—and Still Managed to Limp Home 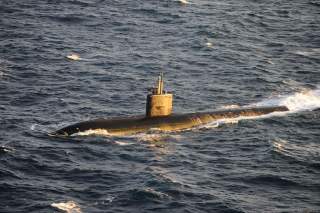 Key point: Los Angeles-class submarines are tough boats. The submarine should not have hit that mountain, but it was designed to withstand sudden impacts.